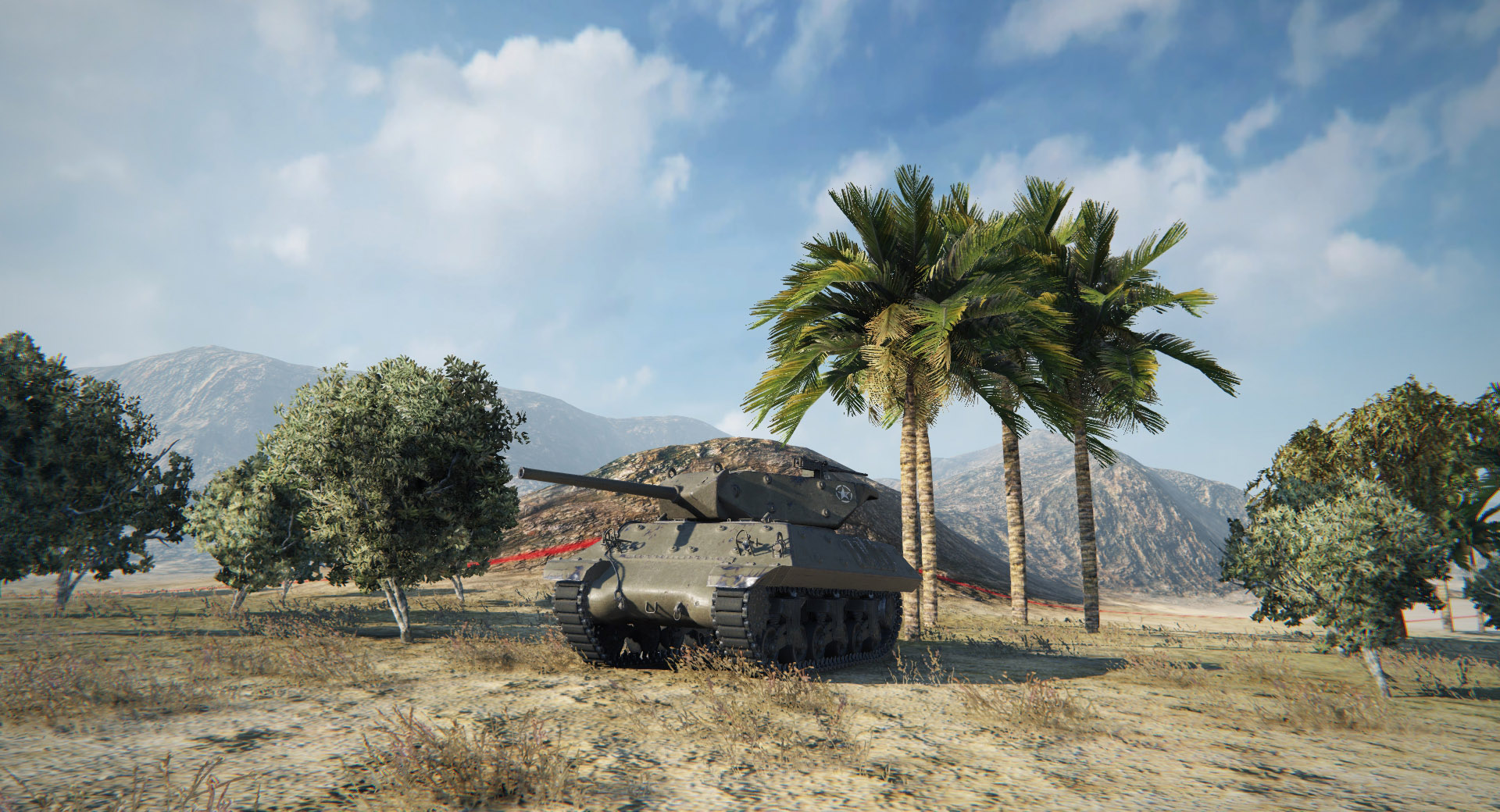 The M10 Tank Destroyer was birthed out of necessity during the onset of World War II. Previous tanks were deemed too poorly designed, so the US Army requested a tank with a fully traversable turret they could use to supplement their new battalions. This request was fulfilled in early 1942 with the M10 prototype, which later went on to serve as the foundation for several other US tank destroyers in the future.

Commonly referred to by the American soldiers as simply “TD,” the M10 Tank Destroyer never received an official designated name, such as the legendary M4 Sherman or the M3 Lee. Interestingly enough, the nickname “Wolverine” entered circulation and seemed to stick long after the war concluded.

In World of Tanks, the M10 Wolverine is a Tier 5 tank destroyer down one of the best USA tank lines. Being a tank destroyer, the Wolverine is best suited sniping from the edges, though it can sometimes bully lower-tier enemies. However, this is risky as it has thin armor, with the thickest being its frontal turret armor which comes in at 57.2mm. As such, it’s always best to harass from a distance.

A doctrine was set in place for the creation and use of tank destroyers during World War II. This doctrine held that tank destroyers were to be used primarily to counter the German’s blitzkrieg tactics, and because of this, were kept in reserve, only to be sent out in response to a mass of enemy tanks. Due to this reactionary strategy, the tank destroyers had to be light, fast, but extremely powerful.

The Wolverine was built to adhere to this doctrine, utilizing extremely thin, but sloped, armor and a powerful 3-inch Gun M7. This design is reflected in World of Tanks where the stock Wolverine comes with the 3-inch AT Gun M7 that can later be upgraded to the 76mm AT Gun M1A2 or the 105mm M4 AT Howitzer.

Due to its fully traversable turret, the Wolverine can benefit from the pieces of Equipment, Camouflage Nets, and Binocular Telescopes, to a greater degree than other tank destroyers. These pieces of Equipment reset whenever the hull moves, which is a common occurrence when a tank destroyer is tracking an enemy across the battlefield, but thanks to the pivoting turret, these will remain active in the M10.

The Wolverine’s first combat debut took place on March 23rd, 1943, during the Battle of El Guettar. During this North African campaign, the M10 did not adhere to the US tank destroyer doctrine and was instead used as an attachment to infantry and armored divisions. The M10’s missions were to assist with artillery fire, attack enemy fortifications and roadblock, and hold a position as an anti-tank defense line once an area was secured.

Over the course of the Battle of El Guettar, the Wolverines were responsible for the destruction of 30 German tanks. Unfortunately, as the war progressed and the Normandy campaign started, the M10’s main armament, the 3-inch gun, was found to be ineffective at damaging the armor of the German Panther tanks. The M10 would slowly be replaced towards the end of the war by the improved 90 mm Gun Motor Carriage M36.

While the M10 Wolverine was primarily used by US forces, it was a part of the Lend-Lease program which saw it utilized by the United Kingdom and the Free French forces. Several units were also sent to the Soviet Union and after the war, the M10 was given to other countries like Belgium, Denmark, and the Netherlands as military surplus.

While the M10 Tank Destroyer, or the Wolverine, was slowly phased out toward the end of the war and given over to other countries, players are still able to experience the power of one of American’s first turreted tank destroyers in World of Tanks.