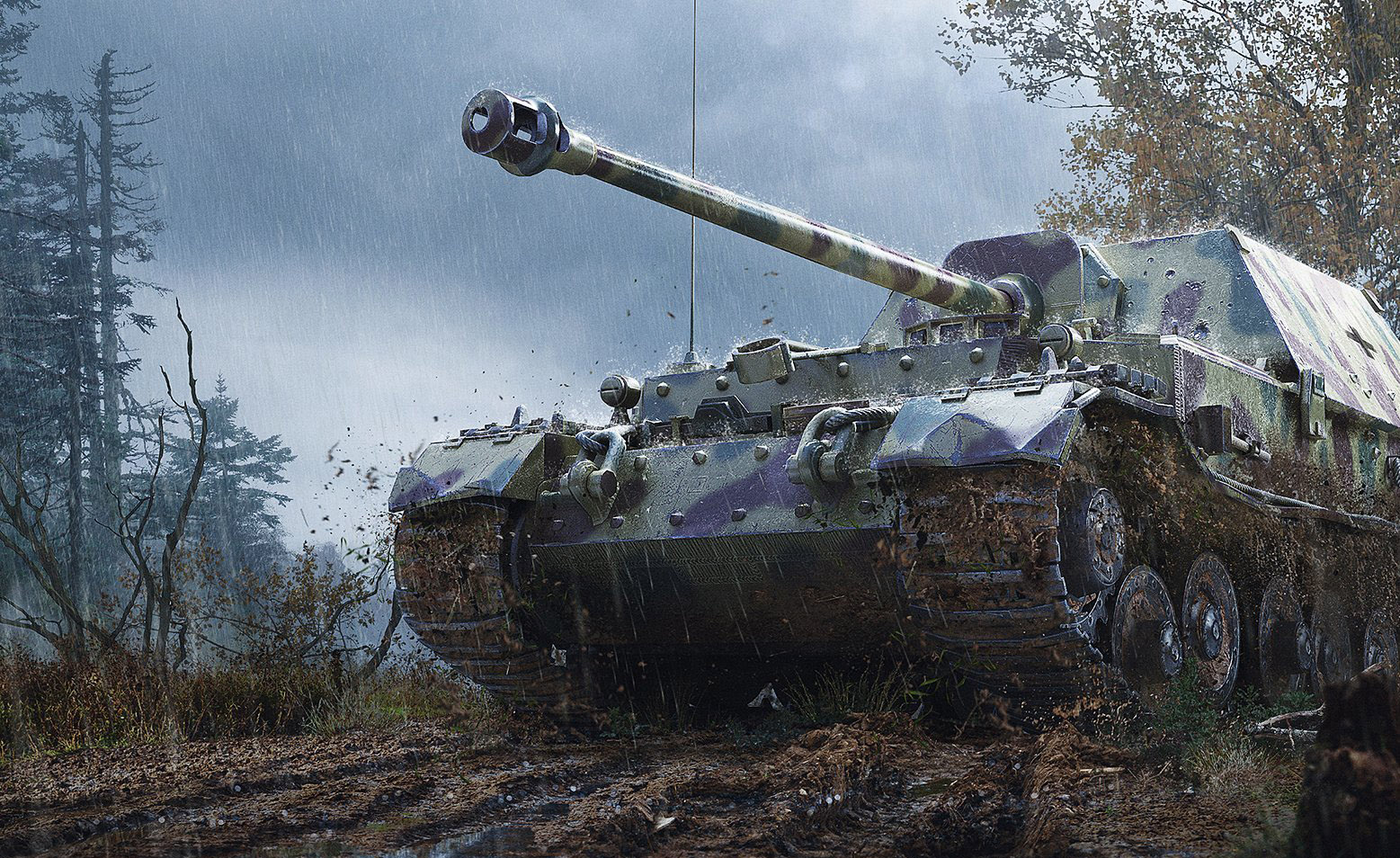 Named after its designer, Ferdinand Porsche, the Ferdinand was a heavy tank destroyer belonging to the German forces during World War II. This tank destroyer goes by many names, with "Elefant" being one of the most commonly used when referring to the modified version.

The official German designation was Panzerjäger Tiger (P), while its ordnance inventory designation was Sd. Kfz. 184. However, most World of Tanks players will simply know it as Ferdinand, a Tier 8 German tank destroyer.

After Porsche lost out to Henschel’s Tiger I tank design, they found themselves with an excess of Tiger chassis. Instead of wasting these, Porsche decided to put them to use on a tank design. This chassis utilized a Krupp-designed turret, though the Porsche version placed the turret closer to the front of the body.

With the main body sorted, Porsche mounted Krupp’s newly-created 88mm Panzerjägerkanone 43/2 anti-tank gun. The purpose of this was to give the Ferdinand greater range and accuracy than its enemy, allowing it to hit a target before said target entered its own effective firing range. However, a new turret was designed for the Ferdinand to house this new weapon.

Thankfully, the Porsche design of the Tiger I chassis gave the 88mm room to be mounted on the rear of the vehicle, which was then protected by a casemate-style structure, boasting sloped sides. This armor is reflected in World of Tanks where the frontal armor, coming in at 200mm, allows it to survive well in combat when top-tier.

The Ferdinand was designed to replace the Marder II and III, both of which were lighter tank destroyers. In World of Tanks, the Ferdinand offers Heavy tank users a chance to sidestep into another tank type when coming from the Tiger (P), while it maintains its history of being an upgrade from the .

The Battle of Kursk was where the Ferdinand was first used in combat, with 89 of its units deployed. However, design oversights saw many of these units lost during combat. Unfortunately, the Ferdinand had no secondary armament, such as a machine gun, little peripheral vision, and a non-rotating turret.

The Soviet infantry seized this weakness, choosing to remain in their trenches until the Ferdinands moved past before swarming them from the rear with grenades and Molotov cocktails.

After the battle, 48 of the 50 surviving Ferdinands were modified in an effort to fix the design oversights. A ball-mounted MG 34 was placed in the hull as a means of anti-infantry, a commander’s cupola was added to increase visibility, the tracks were widened and the armor was thickened.

This newly modified Ferdinand would become known as the Elefant, a name officiated by Hitler. Though these modifications did help in some regards, when the Elefant was used in Italy, it was unable to use some of the roads and bridges there due to its extreme weight of 70 tons.

With only 91 units constructed, few survived the war. As it stands, only two units survived the war when one was captured by the Soviet Union at Kursk and the other was captured at Anzio by the United and is now on display at the United States Army Ordnance Museum. Despite the overwhelmingly high percentage of losses, the Elefant is cited as having one of the best kill-to-loss ratios of any tank destroyer in the war, boasting a ratio of 10:1.

While only two Ferdinands survived World War II, gamers are able to pilot this impressively powerful tank destroyer in World of Tanks.