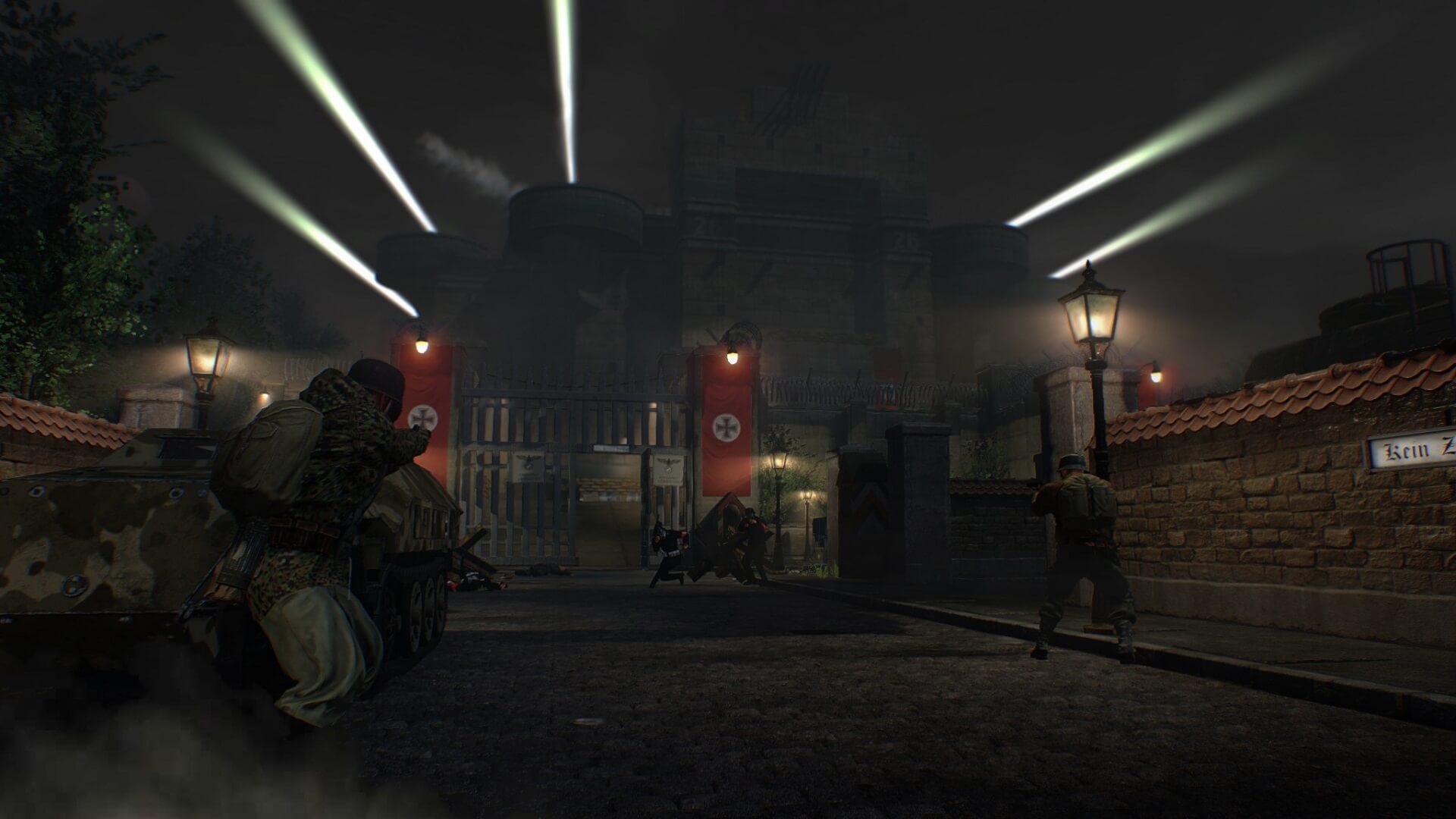 Starbreeze Studios, the publishing company behind games like Payday 2 and Dead by Daylight, has announced a new four-player co-op shooter called Raid: World War II which aims to blend a dark and gritty atmosphere with lighthearted chaos and destruction.

According to a press release from Starbreeze, Raid: World War II is being developed by Lion Game Lion for PlayStation 4, Xbox One, and PC. Up to four players take control of a covert team of operatives who must dismantle the Nazi regime from within by using stealth, subterfuge, and when necessary, a whole lot of violence. As you can see in the below reveal trailer, the game has a very strong Inglourious Basterds vibe to it.

There’s also an official website for Raid: World War II, but right now it’s little more than a single page with some story tidbits and a link to the above trailer. Fortunately, a playable build of the game is on the showroom floor of the currently ongoing PAX East convention. If you happen to be attending PAX East and you want to try out Raid: World War II for yourself, you can find it in Starbreeze Studios’ booth.