Leave your suggestions in the comments! Heavies preferred. 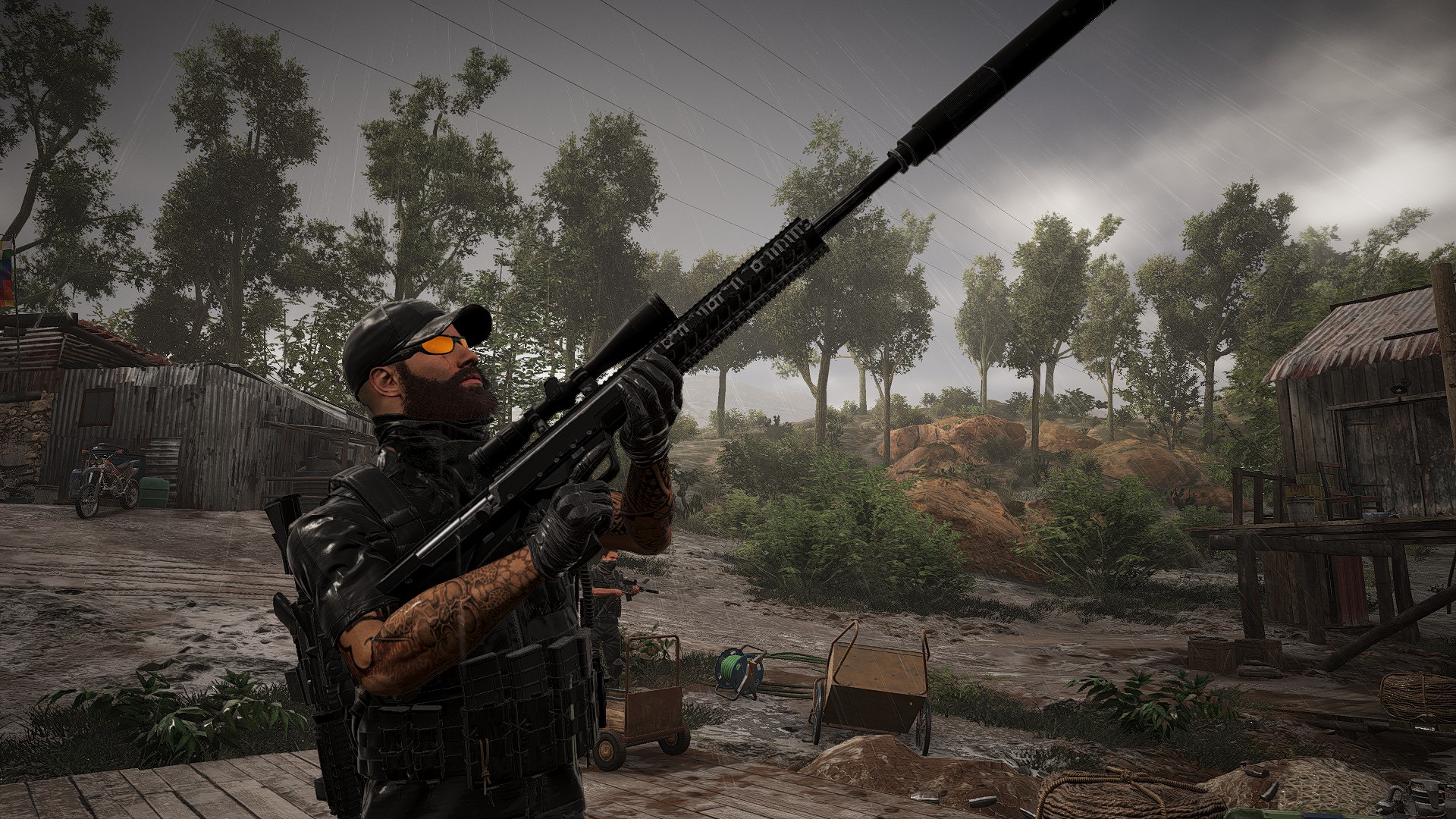 The game will be available on PC and console this May, with a Nintendo Switch release in the near future.

The HTI is the highest damage-dealing sniper rifle in Ghost Recon Wildlands, and one which you should definitely spend time collecting. The HTI is located in a high-difficultly area, so be prepared to fight your way through countless enemies to claim this sniper rifle.

Note that while the HTI is an undoubtedly great sniper rifle, another sniper rifle was added to the game that gives the HTI a run for its money, and that sniper is the BFG-50A. The BFG-50A is available through the Fallen Ghosts DLC. Its damage, accuracy, and range rival that of the HTI, with the added benefit of being semi-auto. If you've got Fallen Ghosts, then consider picking up the powerful BFG-50A sniper rifle in Ghost Recon Wildlands as well. With that out of the way, let's dive into the HTI location in Ghost Recon Wildlands

To get the HTI sniper rifle, you must head to the Montuyoc province, which is located to the west of the starting location. To get HTI sniper rifle early, you will need to prepare yourself by finding and piloting a helicopter or driving along the roads. Just be aware that flying will limit the number of enemies that can shoot you.

Though Montuyoc is greyed-out at the start of the game, you are still able to access the area early and claim the HTI sniper rifle.

After you cross the border into Montuyoc, you will want to locate a large enemy compound located near the eastern-most point of the province. This compound is called the Montuyoc Training Base.

The compound you will be infiltrating has roughly 40 enemies on patrol, so you will need to be extremely careful. We suggest picking up the G28 sniper rifle or the MSR sniper rifle to make quick work of enemies from afar. However, if you prefer a more intimate approach, it can be worth getting the M4A1 assault rifle.

The building that houses the HTI sniper rifle is located in the northern section of the Montuyoc Training Base in a building called “ARMERIA.” This armory is located across from a building with cars lining the rear wall. Clear out the enemies in the vicinity and approach the building. You will need to take down two more soldiers in order to claim your HTI sniper rifle, the highest damage sniper rifle in Ghost Recon Wildlands.

Clear out the enemies in the vicinity and approach the building. You will need to take down two more soldiers in order to claim your HTI sniper rifle, the highest damage sniper rifle in Ghost Recon Wildlands.

Enter the building, dispatch the enemies and locate the weapon crate next to a line of lockers. Inside the crate will be the HTI sniper rifle.

Now that you have the HTI sniper rifle, it’s a good idea to find the T5Xi Tactical scope to improve your accuracy. Another weapon worth locating is the ACR assault rifle.

If you read this guide, you should now know how to get the HTI sniper rifle. By visiting the HTI location you'll be able to obtain the best sniper rifle in Ghost Recon Wildlands.