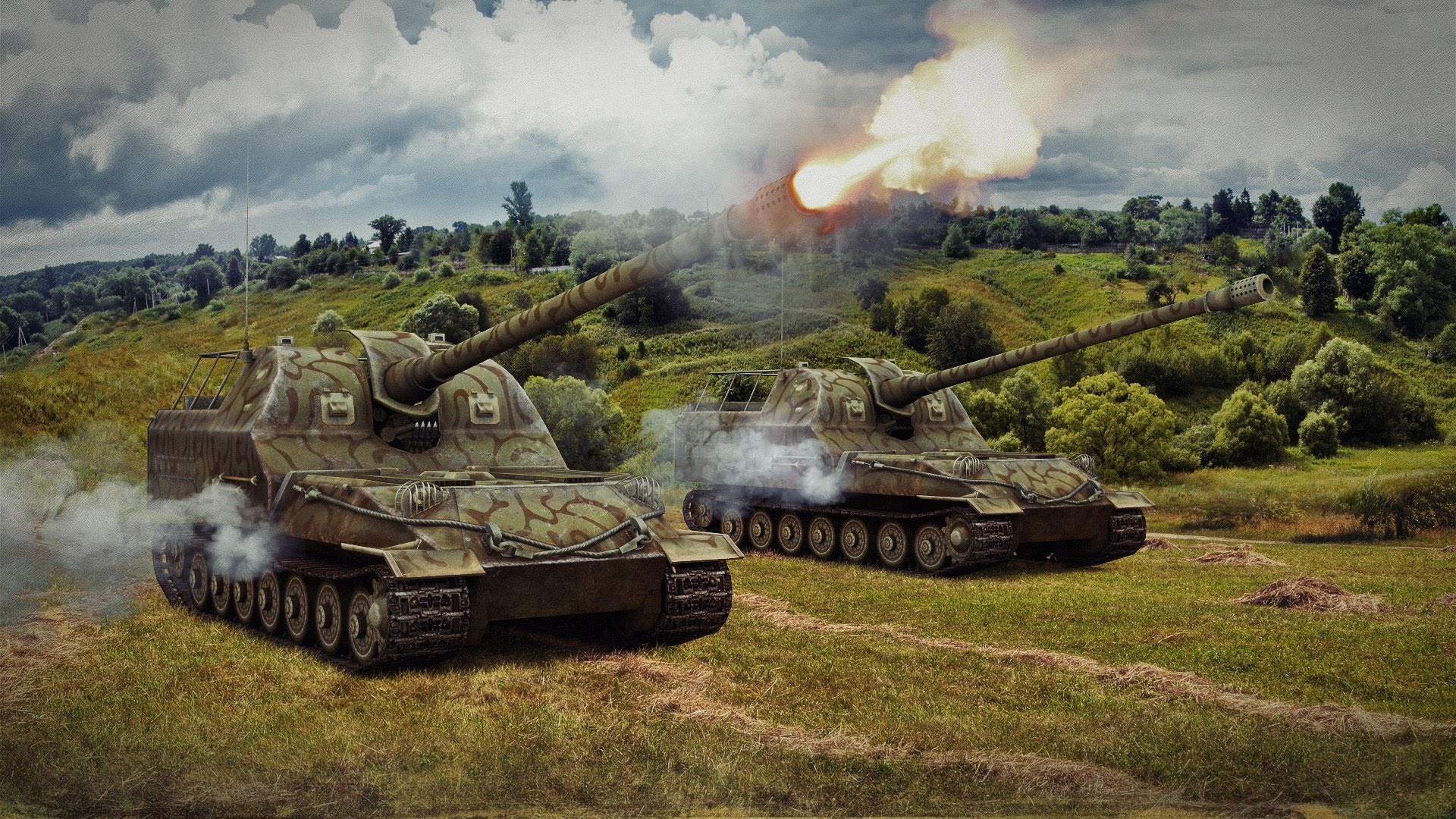 As usual, we’ll be giving away an M4 Improved bundle this week to the person that we feel has the best answer in the comments section of the article. To know whether or not you’re eligible to win a prize, make sure you’ve read through the criteria below.

This Week's Question: What's the hardest tank type to play in World of Tanks, and why?

This is an extremely subjective question, and I think one that could divide the community. Right from the get go, part of me wants to say that SPGs are the hardest tank type to play in World of Tanks.

I would like to attribute this to their almost RNG style of firing. No matter how lined up you think you are, there is still the chance that the shell will land on the edges of your reticle. Even a direct hit can feel like pure luck.

However, I actually feel that light tanks are probably the most difficult tank type to play in World of Tanks. This is partially due to their odd fit during a match based on the fact that they act as scouts and merely spot. It can be difficult to feel your worth or value when all you’re doing is still in a bush - but scouting as a Light tank is extremely important and one way to improve at playing Light tanks.

Then there’s the trouble of being a Light tank as a Tier 8 and not having the survivability needed to engage in a Tier 10 battle. Though the recent announcement about Tier 9 and 10 Light tanks will seek to change this fact - exciting!

As one of the tank types with the weakest armor, it definitely feels as if Light tanks are the hardest tank type to play in World of Tanks.

I would have to say that Light scout tanks are the most difficult tank type to play in World of Tanks. It's one thing to just be a Light tank zipping around the map, but doing your job as an actual scout in a Light tank is quite different.

Part of being a good scout means you need to stay alive for as long as possible while spotting opponents. It doesn't sound like a daunting task, but when you're expected to rush forward to the appropriate bush or spotting area, the chances of you getting hunted yourself becomes much more likely. Sure, if you have a speedy tank that can drive donuts around enemies, you have a better chance of surviving just by being slippery. However, I feel this takes a bit more practice, map knowledge, and tank knowledge as well. The lack of armor on Light tanks doesn't help their survivability, either.

Light tanks are the most abundant at the lowest tiers, which makes them much easier to play. The distinctions between tank types don't become truly apparent until mid-tier matches, and this is where your teammates tend to expect a better performance out of everyone. If you're a newer World of Tanks player who plans to stick with Light tanks for the long haul, then start practicing early and begin learning the equipment needed to perform scouting duties later on.

I'm going to say that Heavy Tanks are the toughest tank type, although I also think they can be the easiest tank type in certain situations. Hear me out.

Heavy Tanks are easy becase they can be forgiving, at least at the tiers that I normally play at for now, five and six. You can make a bit of an error, take a few shots, and you're still in the fight.

However, Heavy Tanks are probably the toughest tank type (for me at least) since they come with big pressure. Never have I been smack-talked more than when I'm in a Heavy Tank. It's a constant barage of being called garbage, being told you lost people the game, etc. Even when you know you've made the right move, been in the right position, and were a productive member of your team, Heavy Tanks (not unlike Arty), area lightning rod for hate from your team. Whatever went wrong, it seems to be the fault of some noob in a Heavy Tank.

So, while Heavy Tanks have a bit more armor and a few more hit points to allow you to recover from a mistake, making them appealing, for me it's the unrealistic expectations and lack of understanding from many players that make it a tough tank type to play.

Now that you know our picks for the hardest tank types to play in World of Tanks, we'd like to hear your thoughts on this topic. Leave your reply as a comment below. Who knows, you might just win an M4 Improved!