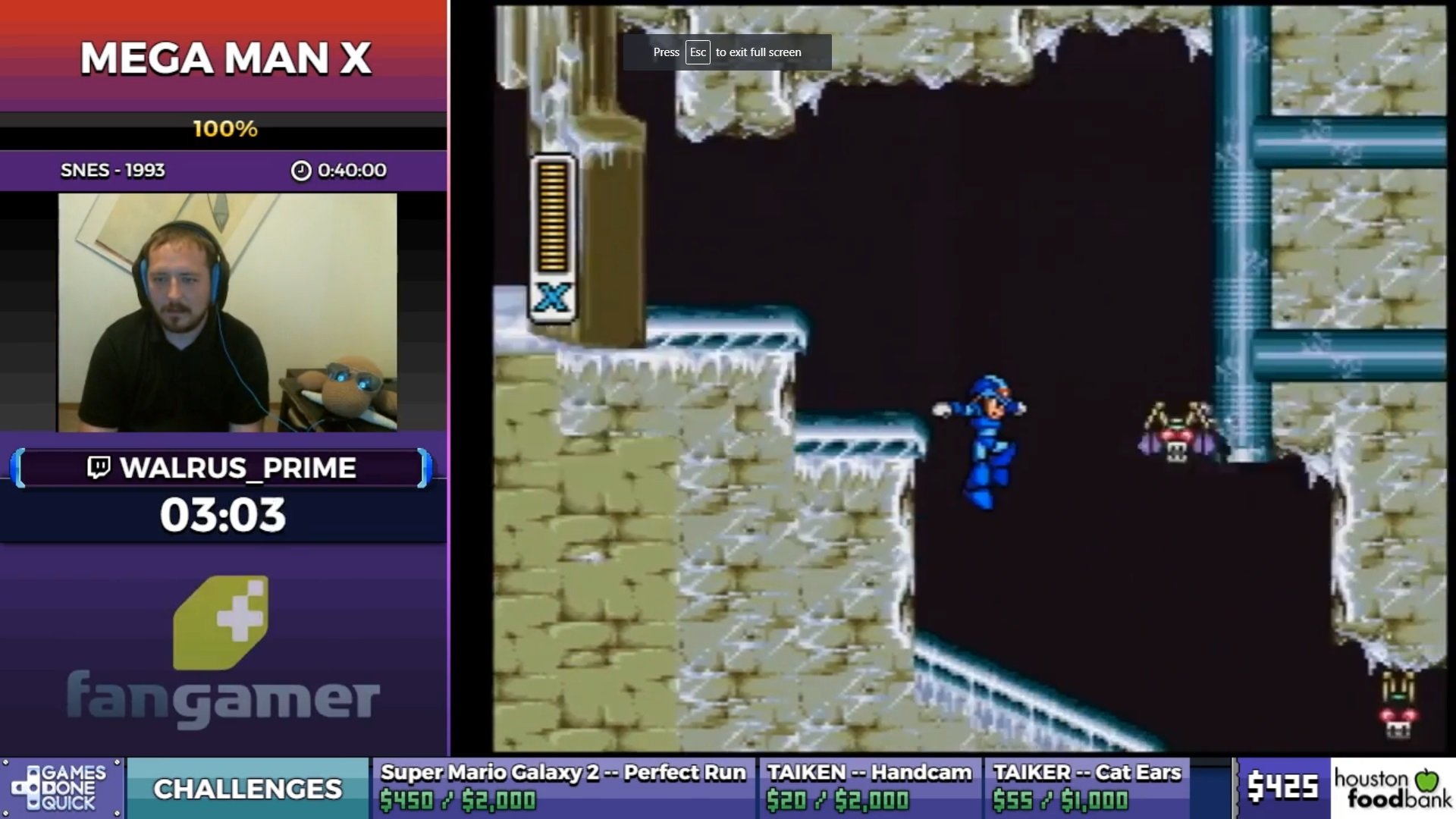 Games Done Quick’s incredibly (and perhaps unsurprisingly) swift organisation of a speedrunning marathon is now over. The appropriately named Harvey Relief Done Quick, in support of the victims of Hurricane Harvey, raised over $100,000 for food banks and relief services in the greater Houston area. Being a remote event, with runners streaming in from their homes, means they were able to get through a huge number of games in record time, so there are a lot of world-class runs to check out. Here we’ve picked out what we think are the best of the bunch that will have your jaw hitting the floor in a whole spectrum of different ways.

Some of the best runs are in games that involve complex abilities or weapons that give the player some degree of world manipulation (see Prey later for a borderline example). Portal might be one of the earliest games to do this in a 3D world but it’s still challenging runners to bend the laws of Source engine physics a little bit further every time. Unfortunately, if you’ve ever seen a Valve game speedrun, walls don’t exist at the best of times so out-of-bounds glitches mean the game’s over almost before GLaDOS has time to insult you.

Enter the glitchless category, where anything considered an abuse of the game’s flimsy code is against the law, giving you just quick movement and the trusty portal gun to git ‘er done. Something 097AceofSpades accomplishes in a breakneck time of 17:20. For the real PogChamp moment, check out his solution to test chamber 16 (the one with all the turrets) around nine minutes into the run. The thing that makes a glitchless run so impressive is that any one of us could do that if we weren’t cursed with 10 thumbs.

FEZ (All gold cubes with added controller difficulty) by TGH in 57:51

This is an expertly executed run by TGH – given the circumstances. As well as a detailed commentary and decent pace, the entertainment value ratchets way up as soon as TGH’s controller starts misbehaving. If you’ve never watched someone attempt excruciatingly difficult combinations of inputs as fast as possible under the Damoclesean threat of their only means of interacting with the game failing, it’s a wild ride. At any moment Gomez could just run straight off a ledge, undoing minutes of work, and it makes this run unexpectedly hilarious. Kudos to TGH for keeping it together, with a sense of humor, under such terrifying conditions.

The Legend of Zelda: A Link to the Past

Speedrun races are always one of the highlight categories at a GDQ event. Seeing runners side by side, gaining and losing time on each other in a more visual way than just numbers on a readout. This Link To The Past race sets up for two of the game’s more difficult challenges at the same time, in a swordless randomized item placement run. It’s a two-for-the-price-of-one slot with added competitive tension!

Going for the swordless completion is difficult enough but in this race both runners are using the same randomizer seed, swapping all of the world’s chest contents and item placements around. It’s amazing to see how both players adopt similar routes early on to maximize their chances of finding better loot, but then diverge later and still finish just five minutes apart.

Mike Tyson’s Punch Out!! by Summoningsalt in 19:07

You may know runner Summoningsalt from his excellent World Record Progression series on YouTube, explaining the breakthroughs that led to the most popular games getting their best times. Over the holiday weekend he put his gloves back on to defend a title of his own in the ring against everyone’s favorite NES boxer.

Though the finish time was nowhere near his own WR of 15 minutes 12 seconds, Summoningsalt did manage one feat no other runner has managed before: the 1-round Tyson TKO live on a GDQ marathon. The game’s final boss has never been beaten in his first cycle during the biannual festival of speedrunning, and it’s appeared at almost every one so that’s quite the achievement. Of course, salt gives us a great insight into what he’s doing to beat the 30-year-old game in record time with that trademark easy-listening commentary.

As one of the most recently released games on the HRDQ roster, this one was pretty hotly anticipated. Whether or not it met up to those expectations is irrelevant because the run itself is a beautiful representation of speedrunning’s purest form: the instant destruction of years of game development.

Arkane’s pretty expansive immersive sim stealth adventure has plenty of fun and exciting ways to complete your missions, with bizarre tools and unique abilities. Sadly, one of them (the glue gun) allows the player to create collision boxes and climbable ledges wherever they want. It’s a speedrunner’s best friend, as CreeperHntr demonstrates countless times over just 12 minutes by clipping out of bounds for hilarious results. Probably expect a no-OOB category for this game by its next GDQ showing to showcase some real skill, but this is a fun watch for the total evisceration of some bonkers game design hotfixes. (It is 2017. Why is the key item for the last mission just hanging out in a special room outside bounds?)