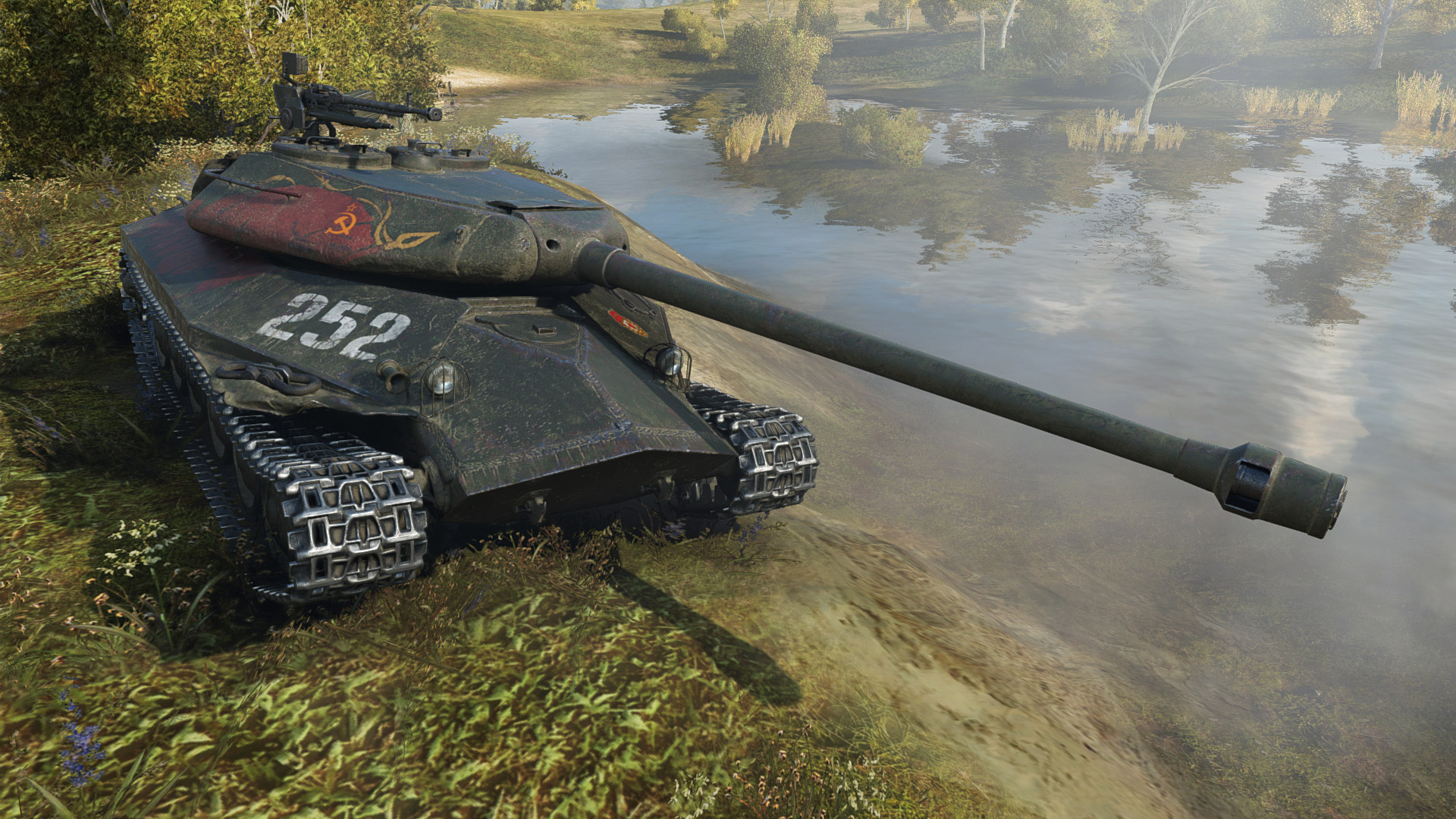 The coveted Object 252 is finally here! As a part of Update 9.17.1, Wargaming released the Object 252, a Tier 8 Soviet Premium heavy tank. We’ve compiled a list of stats for the Object 252 so that you can know what to expect from this tank before making a purchase.

There are actually two versions of this tank in the Premium shop: the standard Object 252, and the Object 252 Defender. The latter comes with an accordion strapped to the back of the turret, as well as a stylish camouflage pattern boasting the colors of Mother Russia that boosts the Concealment stats for the Defender variant. Other than a difference in Concealment values, the two variants are statistically identical.

The two Object 252 variants each have a Loaded and Ultimate bundle option in the World of Tanks Premium Shop for those who wanted to purchase additional Gold and in-game items when buying this new tank. The discounted Object 252 bundles will be available in the Premium Shop until about mid-March.

Again, the only difference between the Object 252U and its Defender variation is the concealment values due to the additional camo on the Defender. Otherwise, these two heavy tanks have the same stats.

These are the vanilla stats for the Object 252 without any adjustments from Equipment. What do you think of these statistics? Does the Object 252 seem like a worthy Tier 8 Premium tank? Where does this heavy tank shine, and what could be improved? Let us know what you think of World of Tanks’ new Object 252 in the comment section below.