Horizon: Zero Dawn - How to Unlock a Mount

Knowing how to unlock a mount in Horizon: Zero Dawn will help you speed around the map! 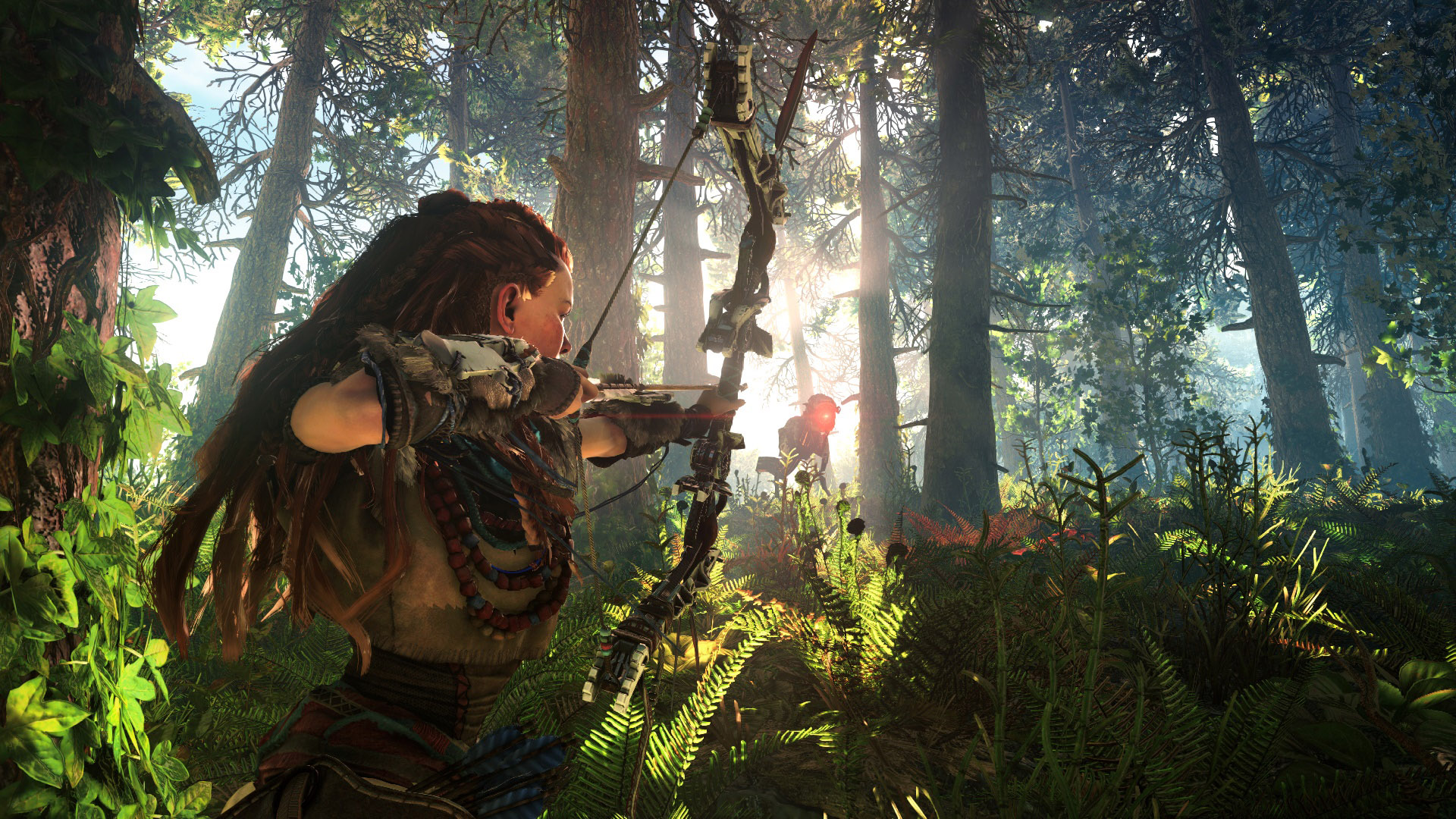 Get these best weapons in Horizon: Zero Dawn as soon as you can!

Like any self-respecting RPG, Horizon: Zero Dawn has many different skills to unlock throughout the game, but this article will detail what skills are the best. While you don’t have to unlock all these skills first, they will definitely help Aloy survive longer as you journey across the land.

Silent Strike is one of the first skills you should unlock in Horizon: Zero Dawn. The Silent Strike skill allows you to perform a takedown on small machines and humans, while allowing you to deal a little bit of damage to larger machines. It replaces your normal R1 bash, allowing you to maintain silence while moving around the borders of enemy encampments.

Much like Silent Strike, Silent Drop is one of the first skills you should consider unlocking if you want to focus on stealth. With Silent Drop, when Aloy jumps or drops to the ground, no sound will be emitted. This allows you to easily sneak up behind enemies or infiltrate enemy camps. Sometimes it's useful in Horizon: Zero Dawn to pick off one enemy from afar, then drop down to collect the resources without attracting the attention of all the other creatures.

As the name suggests, Lure Call allows you to create a noise to draw the attention of enemies, and as such, is extremely useful to unlock first in Horizon: Zero Dawn. By using Lure Call, you can coax enemies away from one another to help thin the herd. This skill can be useful when used in conjunction with some of the best weapons in Horizon: Zero Dawn, such as the Shadow Tripcaster, to lure enemies and creatures into traps.

The Lure Call is also useful as it will essentially replace the Stone Throw ability, meaning you will no longer need to spend time collecting rocks.

Another skill to consider unlocking first in Horizon: Zero Dawn is the Hunter Reflexes skill. This skill grants you the ability to slow time by sliding or jumping while aiming your bow. You will find the Hunter Reflexes skill extremely useful during the first few hours of Horizon: Zero Dawn, as it will give you a bit more breathing room during combat.

To use Hunter Reflexes effectively, hold L2 to draw your bow, followed by R2 to nock your arrow, then jump to slow down time. Doing it in this order will give you more time to aim instead of spending precious slow-motion seconds noching an arrow.

If you are fond of the Silent Strike and Silent Drop skills, Strike From Below is another skill you should work toward unlocking in Horizon: Zero Dawn. With Strike From Below, you can silently take down enemies that are above you, helping you remain quiet during combat. This is especially useful as you will find lots of tall structures accessible by climbing. Strike From Below allows you to take out an enemy without having to climb up onto their level and engage them in combat.

As mentioned above, taking out a single enemy and moving to collect its resources is often a good idea if you can avoid enemy patrols. Quiet Sprint makes this task that much easier.

While you won’t be able to unlock Ammo Crafter as your first skill Horizon: Zero Dawn, it’s a skill you should work toward as you play. Ammo Crafter grants you the ability to produce more munitions when crafting. This means fewer resources used and more ammo in storage – which you should be upgrading wherever possible.

In Horizon: Zero Dawn, you'll find that you will be chewing through ammo rather quickly, so the Ammo Crafter skill will help increase your yield. This means less time in the menu vulnerable and more time fighting the machines.

As you progress through Horizon: Zero Dawn, Aloy will become increasingly more powerful thanks to the skills you unlock along the way. But when you first begin, it can be helpful to focus on unlocking specific skills. By reading this article, you should now have a good idea of what skills to unlock first in Horizon: Zero Dawn.