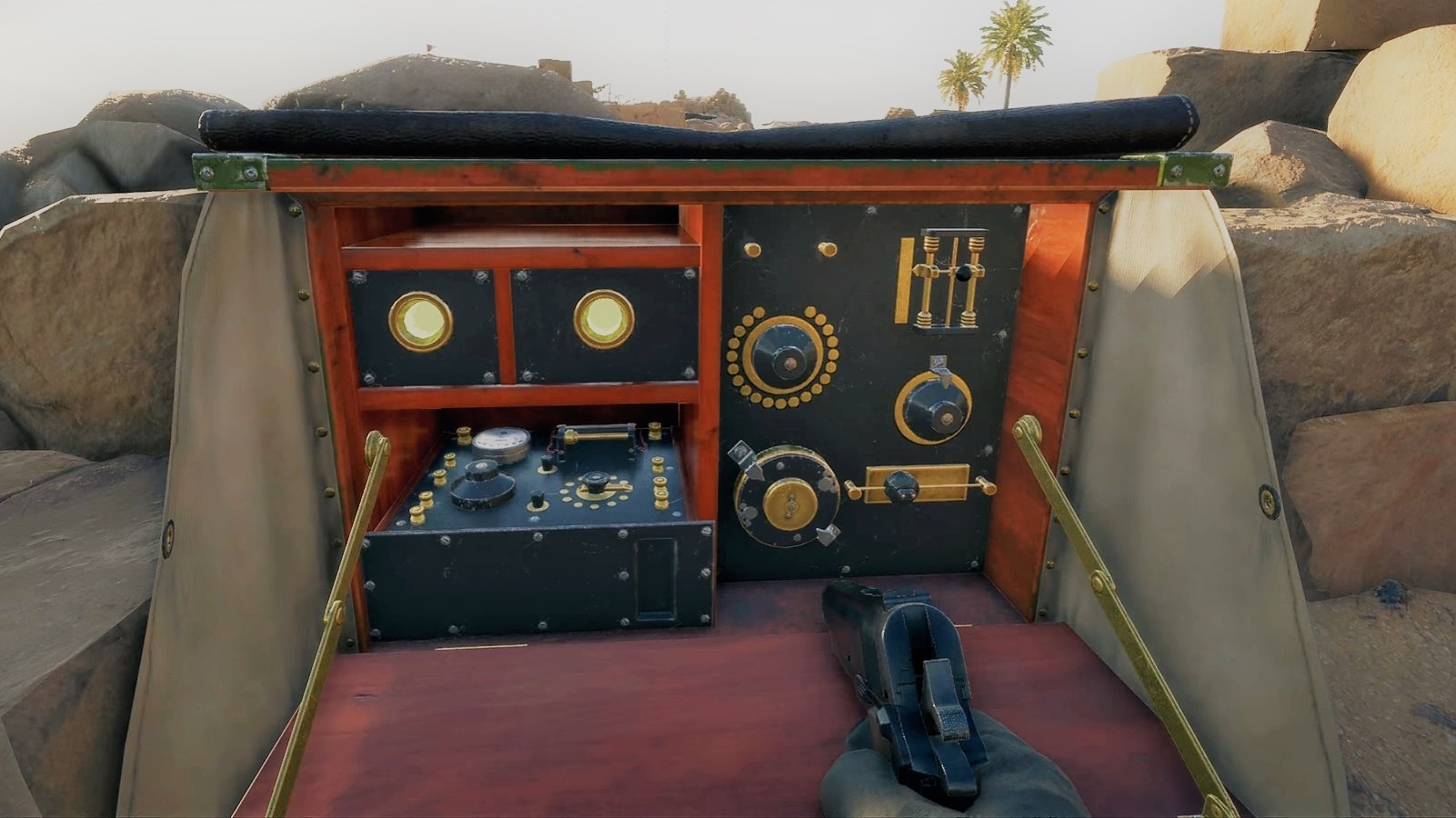 Battlefield 1 - How to Unlock A Beginning Dog Tag Easter Egg

How to Unlock the “A Beginning” Dog Tag

Step 1: Locate a Set of Headphones

The first step to unlocking the “A Beginning” dog tag is to locate a pair of headphones hidden throughout the vanilla maps in Battlefield 1. The headphones will only spawn in one of five locations at any time on a given map. Head over to the Battlefield 1 Game Detectives Wiki for details on headphone locations on each map.

Once you find a pair of headphones, you must take them to the secret MCOM station on the same map. MCOM station locations are also listed on the Battlefield 1 Wiki page.

The third step to unlocking the "A Beginning" dog tag in Battlefield 1 is to bring the headphones to the MCOM station. When you do, the station will play a Morse code that needs to be translated. Be prepared to record the Morse code audio using software such as OBS, Shadowplay, or your console’s DVR. Convert your gameplay recording into an audio file that can be played back easily.

Now that you have written down your unique Morse code, it’s time to translate the message.  This can easily be done using a Morse Code Translator website. The message will have instructions on where to go next, and the location given in the message is unique to you. Head over to the Battlefield 1 Wiki page once again, and match up the location name in your Morse code message to the corresponding map on the list.

As you continue with the steps to unlock the “A Beginning” dog tag Easter egg, you will now need to travel to the map indicated in your secret message to find a specific symbol. The symbol locations are outlined on the Battlefield 1 Game Detectives Wiki page for each map as well.

The first symbol you are looking for will look like two arrows pointing in opposite directions, like this: ⟷. Approach the symbol, and you’ll hear a dramatic sound. This symbol is a clue for the type of cipher you will use later.

Repeat Steps 1-5 to obtain a new Morse code message. You might notice that the MCOM station now has different colored lights.

Step 8: Reverse the Characters in Message

When you translate your new Morse code message, you should notice that the first string of letters seems to be a long jumble, followed by a clearer clue. Simply reverse the first string of letters to determine where you need to go next. Refer to the Battlefield 1 Game Detectives page to see what map your location corresponds to. Go to the map, and look for another symbol. The symbol will likely be a right-angle triangle, which is a clue to the next cipher you will need to use to get the "A Beginning" dog tag in Battlefield 1.

Step 9:  Get Another Morse Code Message

Once again, you must obtain a new Morse code message by repeating Steps 1-5. Use the Atbash cipher to decipher the first string of letters in your new code. This should give you a new location, which you will need to match up on the Battlefield 1 Game Detectives page to determine your next location. Locate another new symbol, and repeat the process again.

Repeat Steps 1-6 to obtain new Morse code messages and find each new location. Every time you translate a Morse code into text, you will need to decipher the string of text at the beginning of the message using a particular cipher key.

The symbols you find prior to each new code, along with the text in the second half of the message, work as clues to the type of cipher required to figure out the scrambled text. For example, when you find the fence symbol, this means you will need to use the Railfence cipher to decode the next message.

Here are several cipher tools you can use to decipher each subsequent MCOM message, courtesy of Jackfrags:

Note: When your symbols start to become words or names, use those names as the passphrases in the Vigenere and Auto Key ciphers, pasting the translated Morse code text into the box to decode the message.

After repeating the steps and obtaining new messages about eight times, your final symbol will be the word “London”. Take a pair of headphones to another MCOM station as before, decode the Morse code message, and obtain the new text cipher: ZQBRIPPQOHBFIUPEYLAZAMARZIOZDSYJB. This cipher is the same for everyone, but you will still need to go through the whole process to unlock the “A Beginning” dog tag in Battlefield 1.

All you have to do now is enter a Battlefield 1 Giant Shadow server and climb to the top of the windmill near the German spawn. Stand on the balcony and look up toward the sky, where you’ll notice several pigeons flying overhead.Stand there long enough, and a pigeon will eventually swoop towards you. When you hear the dramatic sound once again, you’ll know you’ve completed the dog tag Easter egg and will obtain the coveted "A Beginning" dog tag in Battlefield 1.