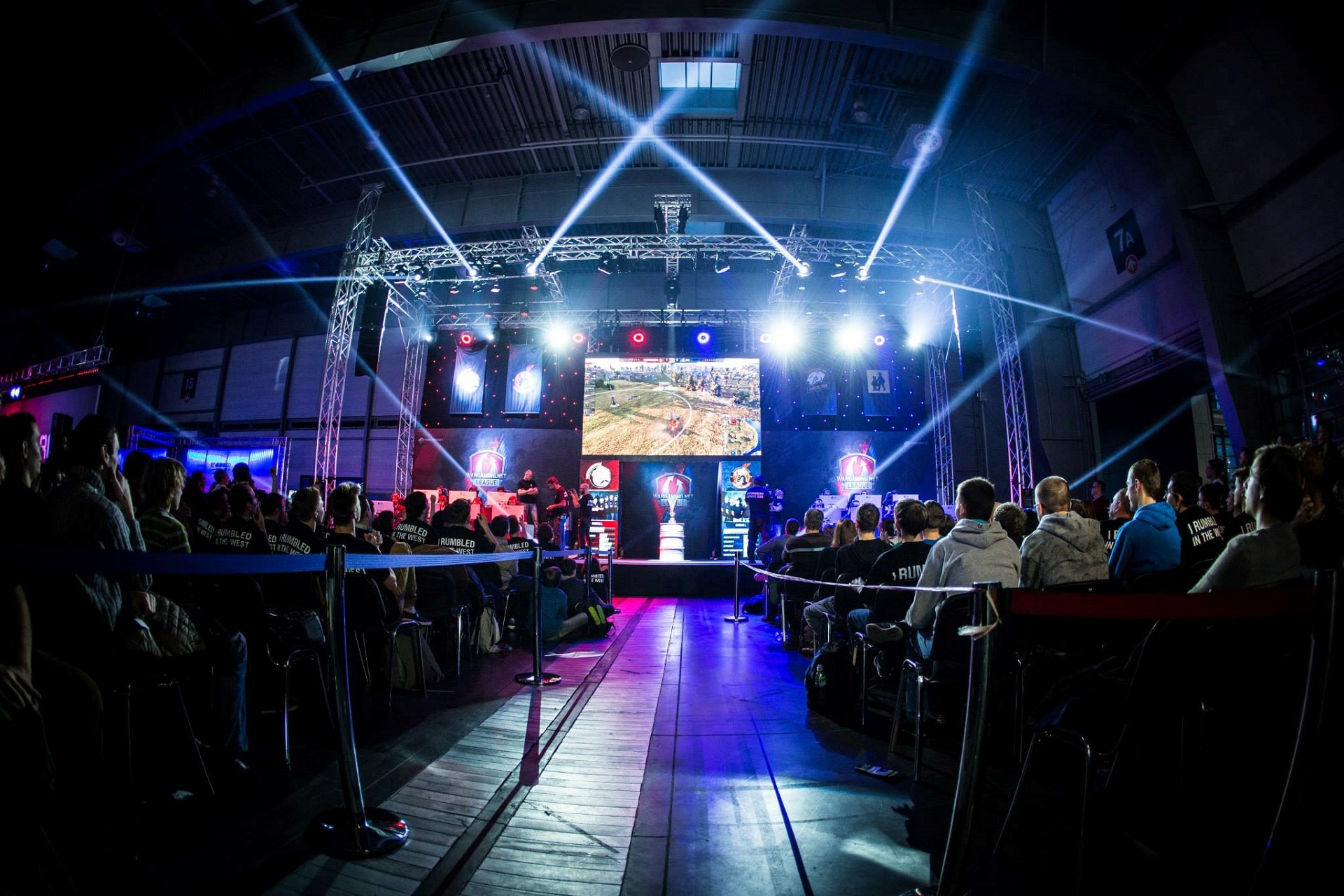 Going into WGLNA Match Night 13, one could feel the tension as Dare Rising prepared to face eClipse. With just two matches left for them, they’d need to score a full three points to leap frog Top Tier and put them back in 2nd place by a point. If Dare Rising attained the full victory they would be tied for 2nd. This match stood to paint the next part of the picture in the race for the 2nd place bye.

The second match of the evening pitted the 7th and 8th place teams up against one another. While Valence still stood a statistical chance to squeak into the last playoff spot, the chances of that occurring was well out of their control. Rival - SimpleTankers, on the other hand, were still seeking their first win and points of the season.

The first battle between Dare Rising and eClipse would kick off on Mines. Both teams would look to snatch an early advantage and eClipse would have to find out if Drawk and Ledif could excel as the newest adjustments to the roster. Right from the start, however, Dare Rising was giving no quarter as Chase_Potato set the tone by deleting NoNickNoSkill with an arty shot.

Chase would end the first battle with just under 2,600 damage from the M40/M43 arty, helping Dare Rising take an early 1-0 lead. The follow up battle on Mines would give us a back and forth affair that had strong team coordination between eClipse’s Tigers and T-1diabetic, with solid Maus play from Dare’s Aggressor. In the end, Dare would take the win and a 2-0 lead heading into Murovanka.

With a strong defense, eClipse would swiftly take the third battle, putting the tally at 1-2. However, Tuesday was the last time eClipse was on the attack on Murovanka. Top Tier’s Rude_Awakening had perfectly camped by the south cap and forced a halt to eClipse’s movement.

This time, it was Chase in a 13 90. Tigers would have little time for this as he aggressively moved out and managed to find the scout, who was quickly taken down. This proved to be the domino that eClipse needed to tip, as it led to a Bat Chat falling, damage being taken by Dare, and trades that were in favor of eClipse. The result was a win that tied up the series at two matches apiece.

Both teams would take a win on Prokhorovka to keep the score even at 3-3. The first battle on Ruinberg would be a victory for eClipse, giving them the lead for the first time and putting them on match point. However, things did not go as smoothly for eClipse in the second battle on Ruinberg, as Dare would apply pressure and pick up the win, forcing the tiebreaker.

This evening’s tiebreaker map would be Mines, the same map that Dare Rising had swept in the first two battles. However, Tigers and the rest of eClipse would slowly work away at Dare until they found the angles they needed to push in for both the match and the series, winning with a score of 5-4.

This victory gave eClipse two points, putting them into a tie with Top Tier for 2nd place. Amazing play from Drawk must be noted, but it was the whole team for eClipse that once again stepped it up when needed.  Their chances for that prized 2nd place bye directly into the WGLNA finals continued to improve.

While both Valence and Rival - SimpleTankers are filled with talented players and amazing personalities, neither team has found their rhythm or stride this season. The consensus predicted a quick 5-0 or 5-1 victory for Valence, but on Thursday evening Rival would prove them wrong.  Early on Steppes, Rival would initiate a quick cap that would turn into a brawl and an early 1-0 lead for them.

Valence came back strong, taking the next battle on Steppes and sweeping Ghost Town to assert themselves in a 3-1 lead. In the past, this is where Rival - SimpleTankers would struggle and fade. Rival fought back hard, and after several trades, they were able to take the match and bring the score to 2-3.

Taking advantage of their momentum, Rival would win the next two matches, earning a 4-3 lead going into the last match on Himmelsdorf. Key to this lead was a wild brawl that included counter rotations and some nice overmatches.

Rival - SimpleTankers now stood at match point for the first time this season. Valence would not sit idly by, however. They seized the eighth match and forced a tiebreaker on Mines, where Rival chose to attack.

During this razor-thin match, Phlak_ ended up taking down two of the remaining three Valence tanks. Spooky responded by climbing to a boost position and letting time run out to secure the victory for Valence at 5-4.

After a key victory by eClipse, the ball is now in the court of the other three teams contending for that key 2nd place bye. To really be able to push past eClipse, they will need to avoid stumbling during in any of their remaining matches. Be sure to tune in next Tuesday, Feb 21st at live.wgleague.net for more WGLNA action as Season 2 continues.