The game is now being handled exclusively by its publisher. 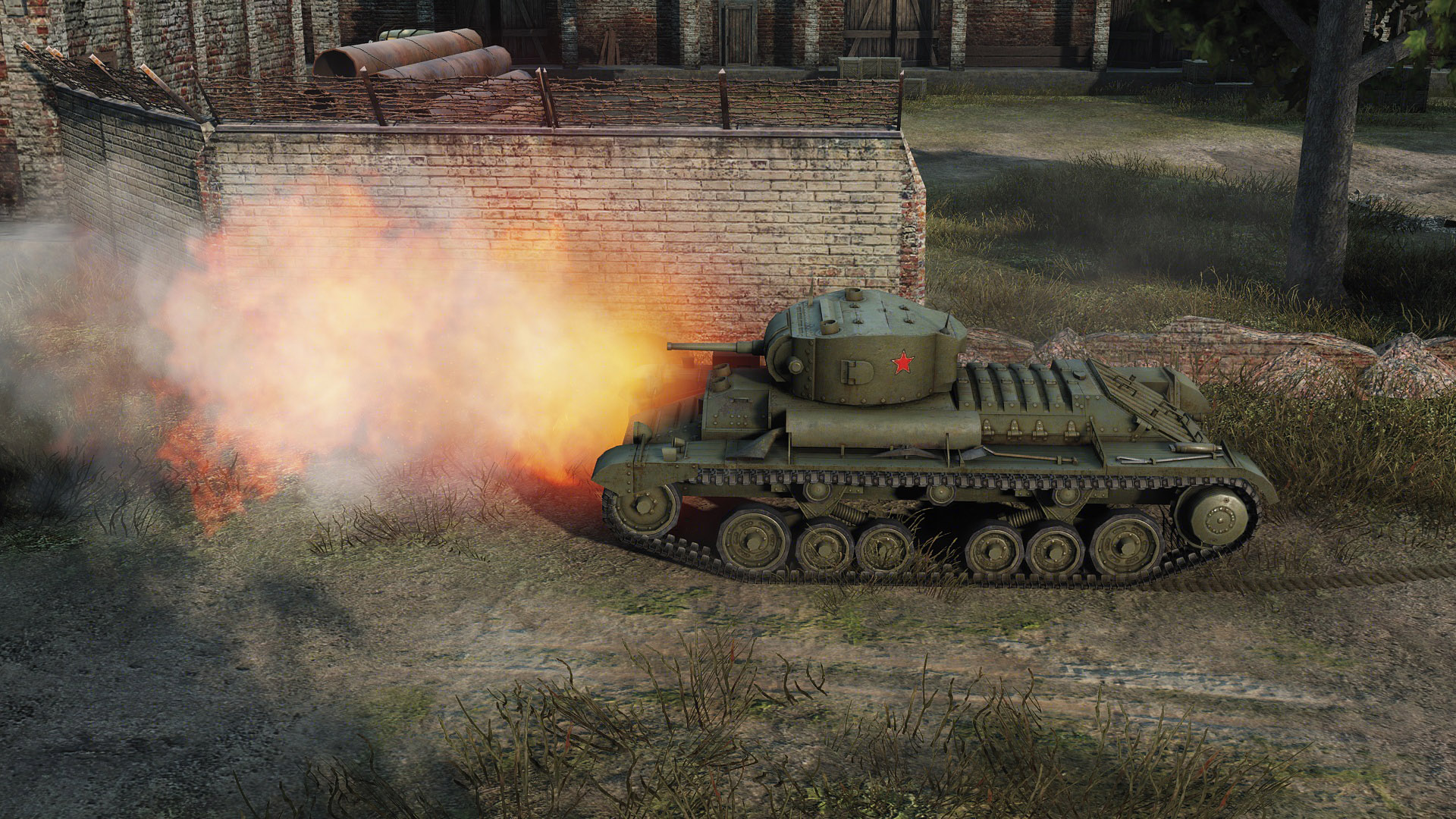 How to Play the Valentine II in World of Tanks

A kill every 3.76 seconds is straight up bonkers.

Not to be confused with the British Valentine tank, the Valentine II is a Tier 4 Premium tank on the Soviet tech tree. Britain supplied the U.S.S.R. with Valentine tanks via the Lend-Lease Act, which is why you will sometimes see this tank labeled as the “Lend-Lease” version online. The Valentine II typically costs about 1000 Gold, but will often go on sale for special occasions like Valentine’s Day.

The Valentine II is a Tier 4 Light tank that has good camouflage values and more HP than you would expect from other light tanks of this tier. It’s got some of the best armor values for its tier, and its armor is the same value on all sides of its hull and turret, which allows this tank to have better sustainability on the battlefield especially when facing lower-tier enemies.

As a Premium tank, the Valentine II will allow you to earn more credits and combat experience per battle. However, it doesn’t have very good penetration values compared to other similar Tier 4 tanks, and you may find yourself relying on using APCR rounds to effectively penetrate and deal damage to opponents, especially heavy tanks. For a light tank, the Valentine II also has a noticeably slower acceleration due to its weaker engine, which can hinder your overall mobility.

Despite it’s relatively poor penetration and movement speed, the best part about the Valentine II is its special matchmaking. This is one of the only Tier 4 tanks that gets matched with other Tier 4 tanks or lower, which means you shouldn’t have to worry about facing opponents of a higher tier unless you "fail platoon" with a teammate whose tank sees higher tiers during matchmaking.

Due to the Valentine II’s slower traversal, it may be difficult to get into position quickly at the start of a match. However, since this tank retains its camouflage values while moving, there is still some potential for active scouting in the Valentine II. It’s decent camouflage will also allow you to passively scout as well if you’d rather hang out in a bush near the frontline and rack up that assisted spotting damage.

Since this is one of the only Premium tanks in World of Tanks that doesn’t see any higher tiers, you should be able to take down your opponents rather easily as long as they are Tier 3 or lower. However, when facing other Tier 4 tanks, you’ll want to be more careful.

The gun on the Valentine II practically can’t penetrate anything without using APCR shells. Although this Premium tank has better credit-earning potential, keep in mind that some of those earnings will be spent to make up the cost of premium shells.

The Valentine II has 65mm armor around its turret, with 60mm armor around each side of the hull. Be sure to angle your tank to increase your effective armor on this already well-protected tank to hold your own against other Tier 4 opponents.

While these are some great armor stats for a Tier 4, it’s important to note that the 60mm armor on the rear of the hull only applies to the lower bumper of the rear and not the corrugated compartment higher up.

As far as Equipment goes, opt for the Camouflage Net and Binocular Telescope to maximize your scouting potential. You can also equip a Spall Liner to enhance the effectiveness of your already decent armor.

The Valentine II is a somewhat underestimated tank that can be very effective when using the proper tactics. This tank can be great for scouting practice and accumulating credits at low tiers.  Now that you know how to use the Valentine II in World of Tanks, let us know if you’ll be picking up this affordable Premium tank for yourself!