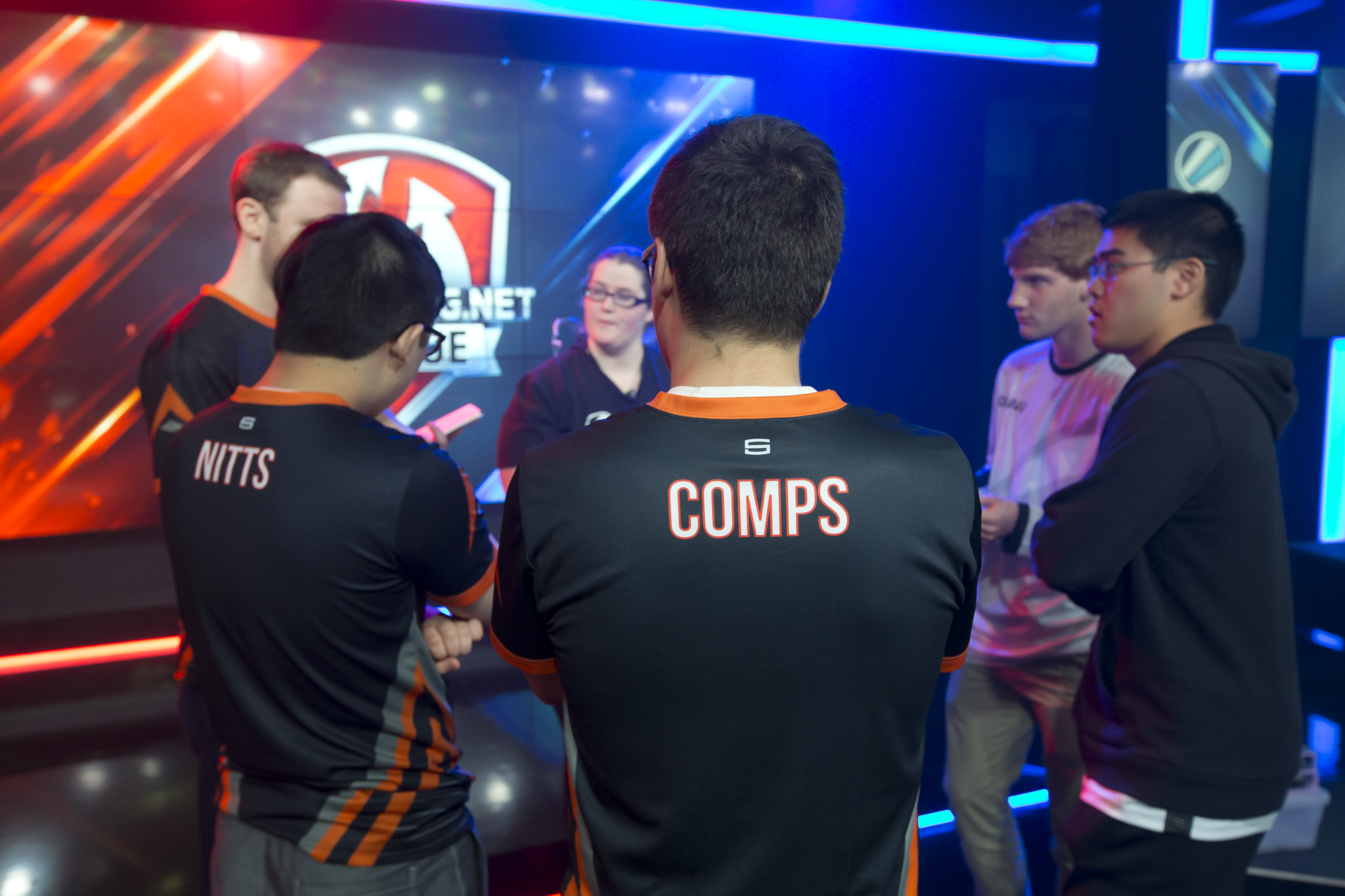 Match night 10 of the WGLNA would mark the first time there would only be two matches per evening. The positive this represents is that it gives more broadcast exposure to all teams, and there will no longer be matches that are not broadcasted.

On tap Thursday night was a Top Tier that began to find some positive momentum going up against an o7 that has struggled recently. The second match would put the red hot Aquatic M60s with a four-win streak going up against Season 1 champions and current league leaders, Apex. Could Aquatic keep their streak going, or would it be yet another case of “Apex Smash?”

Both teams stood just one point apart, but while Top Tier has been finding some important wins, o7 has come up short. In the face offs, “Dr” Meadowhawk announced the diagnosis: a chronic case of “faregital Rivalitus.” Symptoms include, “choking, inability to win matches, sudden and uncoordinated pushes.”

As funny as Meadowhawk was, it did nail a few of the issues o7 was dealing with right on the head. The first match on Murovanka saw some tight moments for both teams, but in the end Top Tier would take it and stake a 1-0 lead.

The second battle began with a series of small skirmishes. One of the moments that began to see momentum swing o7’s way was Majorissuz taking down Rude_Awakening for little to no return damage followed quickly by Pompus getting tracked then taken down. O7 took advantage and counter pushed getting the isolations on their own terms.

Going into the second map, Cliffs, the match stood tied. However, o7 had a big challenge in front of them as Top Tier holds a 91.6%-win rate here. It is hard to fathom why o7 chose not to ban this map.

However, there may have been some method to the madness as o7 came out with an interesting lineup of two E50’s in addition to the Bat-chats. Whatever the plan was, Top Tier quickly figured it out and so the teams were on a 3 vs 3 stalemate after the initial movements and firefights. With time winding down, o7 was forced to attack and were repulsed leaving Top Tier leading 2-1.

With o7 on the defense for Match 4 on Cliff, Top Tier came out and found crossfires early. In just 2:20 seconds, Top Tier had the win, again demonstrating their excellence on this map.

The 3-1 lead Top Tier held going into the first match on Steppes was quickly extended to 4-1. Top Tier was demonstrating their continued improvement and refusing to let o7 off their back foot. Yet as the 6th battle entered its critical final stages, it was o7 who looked to be in the pole position. A brawl would ensue and it was Top Tier who would walk away as the match and series winner. Another win for the surging side of Rude_Awakening, Pompus, SublimeBanana and Co.

Last Thursday saw Apex pushed to the breaking point, finding a way to recover and fight their way back for the comeback victory against eClipse. Aquatic M60s may have been hoping for some sort of fatigue after such and intense match, as they themselves sought out their fifth win in a row.

Absolutely zero fatigue was shown by Apex in their first match as they cut into AM60s, taking the win and the ace. Although Aquatic M60s did their best early on, it was the continuous exacting fire from last season’s champs that proved their undoing.

The second match would follow suit with Apex taking a 2-0 lead going into Ghost Town, where they hold an 86%-win rate. This would be challenged by Aquatic M60s as Marsh166, in a Obj. 416, would force a one-on-one against Dodoma in his Bat Chat. Apex’s own would bounce a shot before cleanly taking out a game Marsh.

#Apex pull out the win in a close game that ends in a 1v1! #WGLNA @WorldofTanks pic.twitter.com/rNUkSYkl5X

That would be the last major challenge AM60s could muster as Apex easily took a 4-0 lead before finishing the series off on Himmelsdorf. There can be little debate about who the best team in the WGLNA is, and if Apex continues at this pace it bodes the question of whether anyone can defeat them.

After their win on Thursday evening, Top Tier finds themselves tied with two other teams for 3rd place and just one point behind eClipse in 2nd place. Apex continues to dominate, as they now stand on 50 match wins with just 10 losses.

Be sure to tune in Saturday evening for a special night of WGLNA action at live.wgleague.net as teams continue to fight for that vaunted 2nd place and qualify for this season’s playoffs!