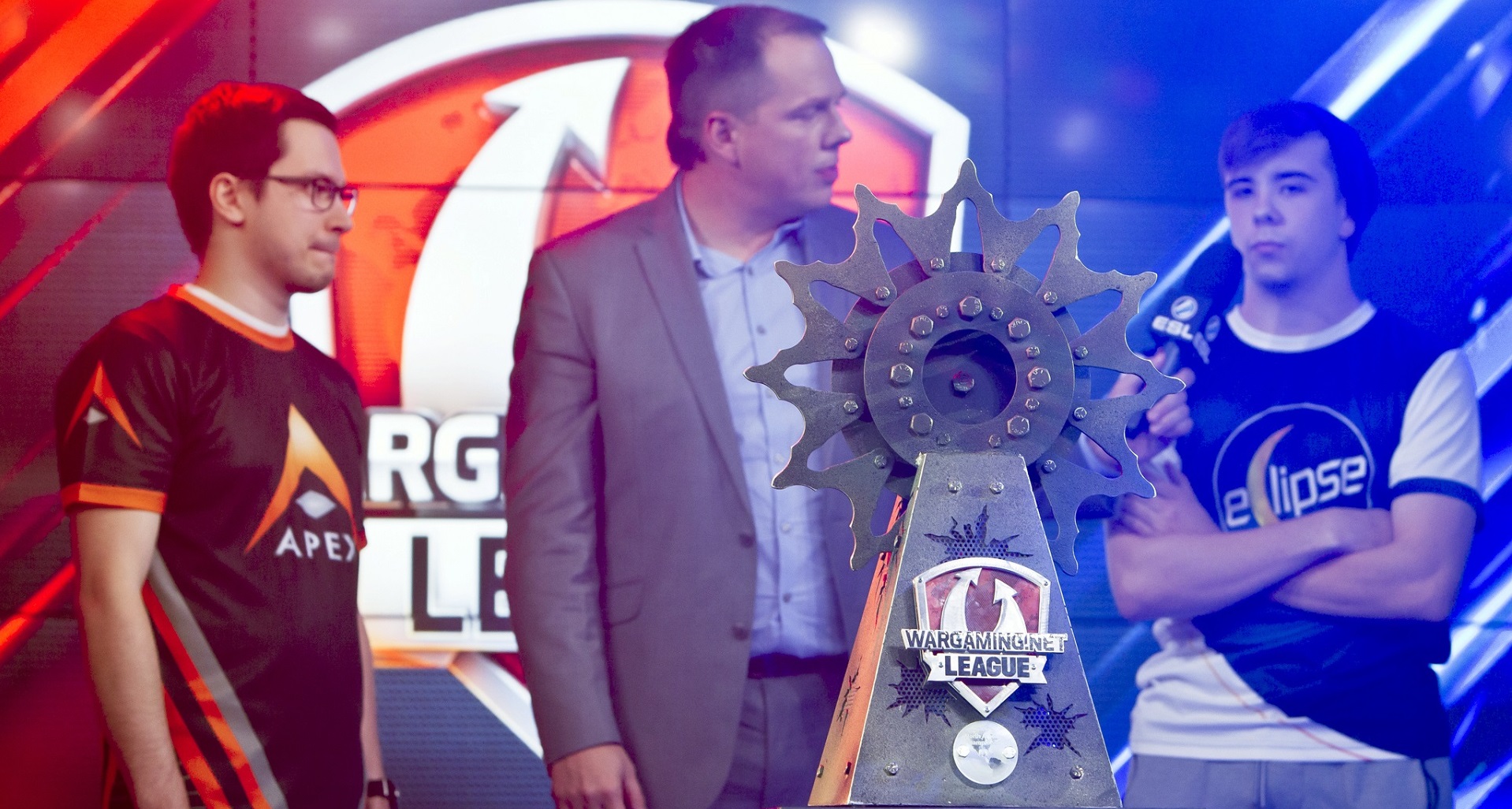 Rolling into February 7th many fans of the WGLNA were excited about the possibilities of what was to come. The Apex versus eClipse match could either be a sweep or a close hard-fought match. Could Rival – SimpleTankers find the missing piece to their play and defeat a surging Aquatic M60s? Would the seventh place Valence find the play their skilled squad needed to take down o7, who themselves sought a coveted spot in the playoffs? Could Rude_Awakening and Top Tier unlock the needed strats to knock down Dare Rising and advance up the rankings themselves? Meanwhile, Dare Rising hoped to no longer share second place with eClipse. Possibilities, though, can remain just that unless teams followed up on the opportunities they are presented.

This was, without a doubt, the match many were looking forward too. It was a rematch of last season’s WGLNA finals and the premiere match of the evening on paper. Both teams looked very prepared and focused as the matches kicked off. The first two maps were split by the two sides, tying up the set as the teams moved onto Cliff. Strong disciplined play by eClipse and command of the high ground helped them take the match and a 3-2 lead.

The last time these teams went head-to-head, the score was exactly the same going into Match 6, and Apex would go on to win.

This time, however, things were very different going into Match 6 as both teams slammed right into each other in the first minute of the match. After a flurry of shots in just one minute and 48 seconds, eClipse found themselves standing tall with a 4-2 lead over Apex.

Apex was on the precipice of losing their first WGLNA match of the season. Comps wisely called a time out as the maps changed to Murovanka. This was a boon to last season’s victors as they were on defense, which for this map boasted a success rate of over 60%.

Apex took full advantage to bring the score to 3-4. Yet the tables were now turned as the 60% win rate on defense now stood in their way. However, Apex would not be denied. With careful play and strong communications, they defied the odds and brought the scores to an even 4–4, forcing an overtime match on Cliff.

With eClipse having taken both earlier matches on Cliff, Apex would have to try something else to get a better result. After early positional jockeying, Apex would find an opening with a 1 - 2 line push, cracking eClipse’s defenses. Although the fighting was still fierce, it was what the current league leaders needed.

Vetro was the last member of eClipse to go down, giving Apex the win and maintaining their undefeated status in a true nail-biter of a series.

Apex now stood at 26 points, nine points ahead of eClipse, who earned a point for the overtime loss. Dare Rising now had the chance to leap ahead of eClipse as the sole second place team if they could secure a win over Top Tier.

Aquatic M60s came into the night on a three game winning streak against Rival, who were looking for their first win of the season in this non-broadcasted match. In five matches, Aquatic would extend that streak to four wins as they made short work of Rival – SimpleTankers.

At this point of the season, almost all matches are must-win. But for Valence, who began the night in seventh place, they needed to take full advantage of every possibility and opportunity they could get.

O7 denied them early, jumping to a 3-1 lead as both teams entered Steppes. In the past, this is where Valence would struggle and the match would slip away. But tonight, they took advantage of every opportunity as they struggled to make a comeback, sweeping the next four matches and earning some much-needed points.  In the last match, ZoneDelta managed to run the clock out on defense, helping to secure an essential 5-3 victory for Valence.

After seeing eClipse only pick up one point, Dare Rising had everything to gain and was positioned to leapfrog into 2nd place. Only Top Tier stood in their path, a team that has worked diligently each week toward improving in all aspects of their game.

Right out the gate in the first match, Rude_Awakening would take a spoiler position near the north cap in an attempt to bulldoze a dead AMX 50 100 into a cap shield spot. Dare Rising was able to counter and take the lead at 1-0.

Top Tier would take the match, evening up the score as the maps switched to Himmelsdorf. In a clever use of the hill, Top Tier would stake a claim for the north cap that ended in a storm of fire and a fast capture.

With a lead of 2-1 over Dare Rising, Top Tier appeared to settle in and would take the next two matches for a 4-1 score. Despite a win by Dare Rising while on defense on Prokhorovka, it was Top Tier’s night as they took the fifth and final win on Mines with an impressive push down the east side.

We were able to catch up with Top Tier’s Captain, Rude_Awakening, for a few words after the match.

“The team has been practicing very well and it's just beginning to show in games. We are closing the experience gap and making less critical mistakes. We have a lot to improve in, everything from lane control to discipline but we are taking steps forward and not backwards. We are now focused on our next big challenge this Thursday when we face o7.”

Looking at the results of Night 9, Valence and Top Tier took their possibilities and turned them into wins. While eClipse may have come up just a bit short, they have proven that the idea that Apex can be beaten is alive and well. All the while, Aquatic M60s now stand on a winning streak of four.

Be sure to tune in this Saturday for more WGLNA action on live.wgleague.net as we continue the exciting race for the playoffs.