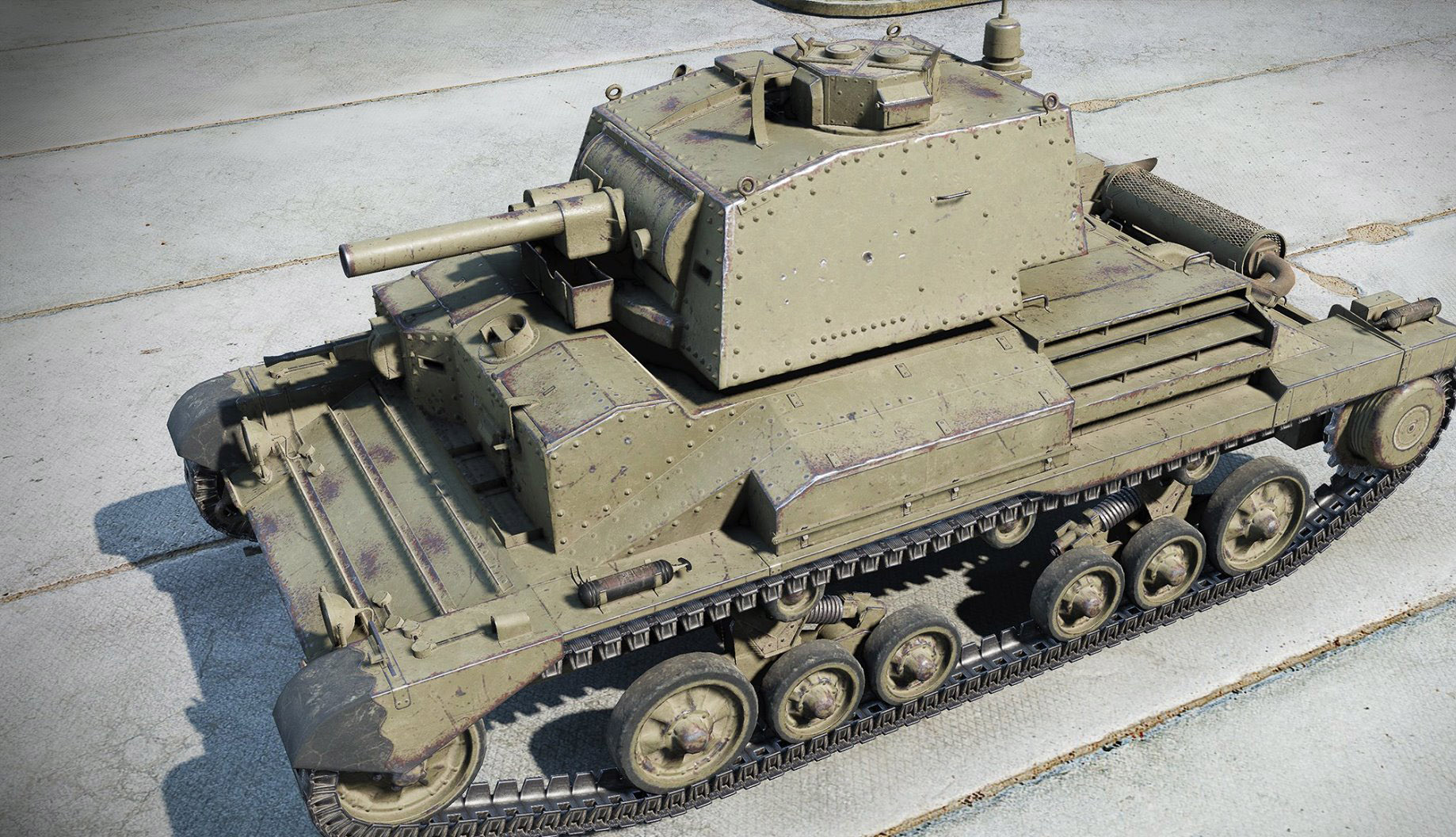 Welcome to Tank Tears, a series where we pit two tanks of similar stats against one another and see which one comes out on top. This is excellent for players who are looking at what tank to play next or even those who are trying to figure out some of the best tank lines in World of Tanks. This week we’re looking at the Cruiser Mk II and the M3 Stuart.

Developed in 1934 by Sir John Carden, the Cruiser Mk II, signified A10, was an adaption of the previous A9 design. The Cruiser Mk II was designed to be a heavier infantry tank that utilized 25 mm armor and could maintain a speed of 16km/h. Coming in at two tons heavier than the A9, and still using the older engine, the A10’s top speed only managed to reach 26km/h – still 10km/h over the requirements.

In World of Tanks, the Cruiser Mk II offers armor similar to that of its real-world equivalent, though it’s frontal armor on both the hull and turret are some 5 mm thicker in-game. Due to this thickness, the Cruiser Mk II is capable of taking a hull down position to maximize its survivability. When in a hull down position, ensure the hull is facing the enemy, so if they do manage to land a shot on your hull, the strong frontal armor will take most of the damage.

While the base gun offers good depression, the more powerful upgrade of the Howitzer does suffer from poor depression and dispersion—making it more difficult to use at certain elevations and distances.

Despite this, the Howitzer is arguably the best gun to use on the Cruiser thanks to its high alpha damage. A good strategy to employ is to focus on single targets, landing shots and then moving behind cover to wait out the long reload times.

The pre-World War II light tank, the M2, was becoming obsolete as World War II progressed, so the production of the M3 Stuart began—along with other tanks such as the M3 Grant/Lee.

The designs of the M3 Stuart were essentially an upgrade of the M2 that used thicker armor, modified suspension and a new gun recoil system.

In World of Tanks, the M3 Stuart has access to its original gun, the 37 mm M5 as well as the gun it would eventually receive as an upgrade, the 37 mm M6.

Compared to the Mk II, the M6 gun of the Stuart offers rate of fire, reload time, accuracy, and even aim time, making it deal in almost all situations.

As for the M3 Stuart’s armor, it boasts extremely competitive stats when compared with the Cruiser Mk II, having both greater frontal hull and turret armor as well as side and rear armor, making it able to sustain more shots, even when flanked.

Thanks to its reload speed and RoF, it will be able to focus, and survive against, notably higher quantities of enemies thank the Cruiser Mk 3. However, it’s initial damage output is lower, meaning longer fighting times.

Overall, the M3 Stuart comes out on top thanks to numerous stats. Firstly, the armor of the M3 Stuart is superior to the Cruiser Mk II when using top modules. This is important, especially when so rarely does an engagement occur in a one-on-one scenario. Extra armor means greater chances of survival, even more so when being attacked from multiple angles.

Secondly, the top tier gun on the M3 Stuart, while not offering as high alpha damage, offers far greater accuracy, reload time, of fire, aim time, and even faster shell speeds. All these elements coalesce into a tank that is harder to kill, able to dish out continuous damage, and one that can move around the battlefield faster than its competitor.

What do you think of the results of this Tank Tears, do you think the M3 Stuart is the rightful winner? If you want to see more battles between iconic USA tanks and famous UK tanks, check out the T1 Heavy versus the Churchill I.