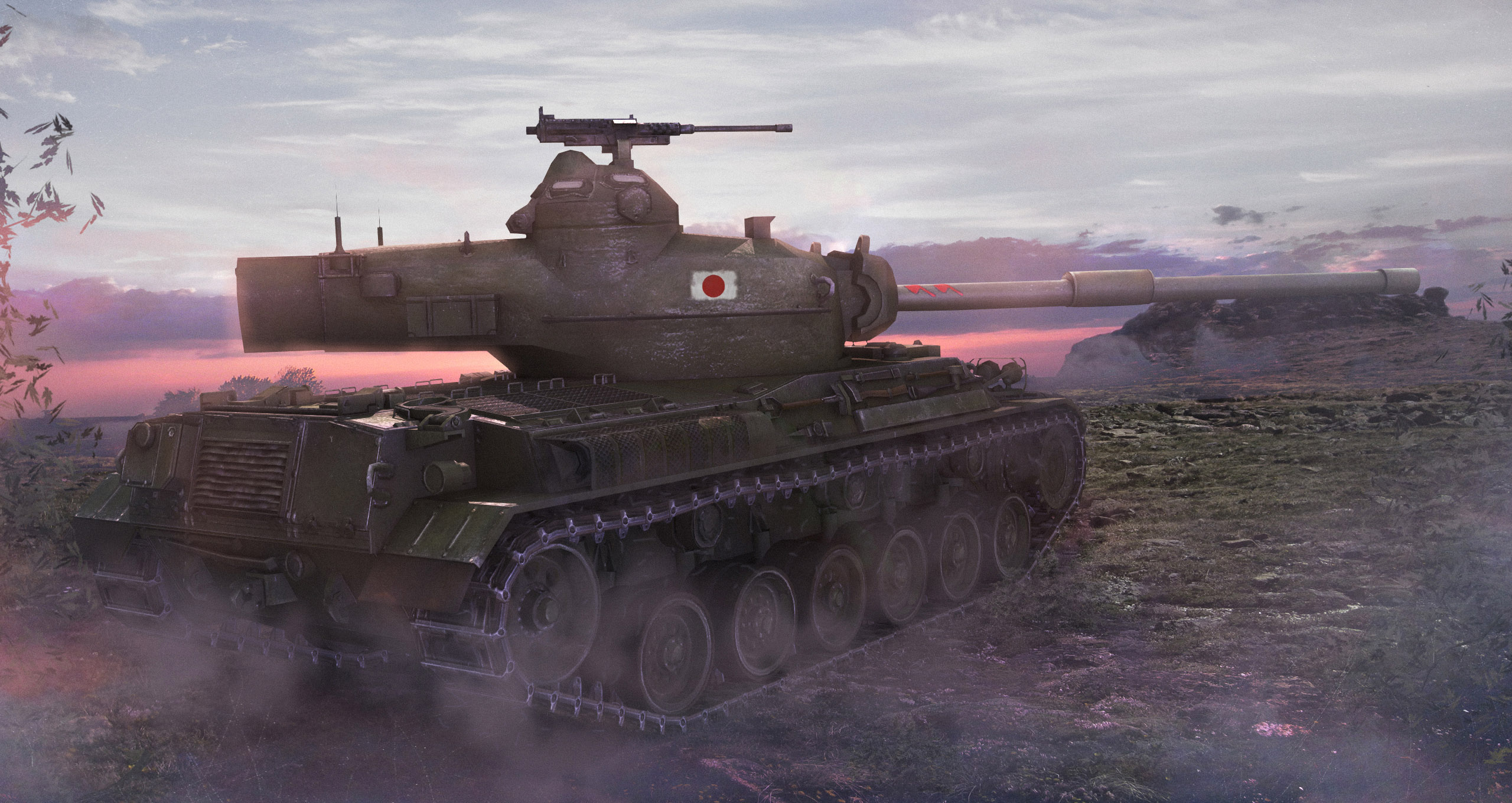 With the Korean War finally over, the Supreme Commander of the Allied Powers ordered Japan to re-militarize. This came after their initial decision to cease all military manufacturing at the end of World War II.

This re-militarization of Japan was originally labeled the National Police Reserve, then the National Security Force, and finally it was named Japan Ground Self-Defense Force or JGSDF.

Part of this re-militarization resulted in the Japanese forces using the M4A3E8 Sherman and M24 Chaffee tanks. Unfortunately, the average height of a Japanese tank crew member was too small for the larger interior of the tanks at the time, with many drivers struggling to reach the clutch pedal.

The JGSDF was left with a few options; they could purchase more vehicles through the US, specifically the M46 Patton or the M47 Patton, or begin development of their own MBT. The choice to develop their own MBT was partially due to the tanks not meeting their requirements as well as the high costs of purchasing from the US.

Development of the new MBT started in 1955 and would be required to meet the criteria set out by the JGSDF. First, the tank had to be light enough to be transported via trains. Second, it had to be as heavily armored as possible despite the weight limitations, and finally, it must include a 90 mm main cannon.

In World of Tanks, Japan's Type 61 comes with the 90 mm gun as standard, but a greater 105 mm Rifled Gun can be mounted with enough research and experience.

This will do wonders for the damage output of the Type 61, as it offers a nice spike in alpha damage while taking a dip in rate-of-fire and accuracy. As a bonus, the 105 mm’s standard ammunition type is APCR, meaning greater penetration values, damage, and velocity.

The decision to mount a 90 mm gun was based on the geography of Japan, which consists of mainly mountainous regions, thus limiting long-range engagements and making the 90 mm an acceptable choice of armament.

After some problems with the armor being too light when restricted to a certain weight, the weight limit was lifted. This increase in weight made the tank too slow due to its poor power-to-weight ratio. The designers reversed their decision once more and the armor was reduced in favor of mobility.

This poor armor is reflected in the World of Tanks version of the Type 61 and requires players to play it passively. Thankfully, it has stronger frontal turret armor, making it useful to be played in a hull down position. This will not make it anywhere near as difficult to dig out as one of the best Premium tanks to earn credits, the American Premium T-34, but it will help with survivability.

This new Japanese MBT was first deployed in April 1961, and thus the type-number was selected. The Type 61, over the course of its production lifetime, saw 560 units manufactured until production ceased in 1975.

While it’s a difficult tank to play, the Type 61 can be enjoyable when upgraded. By taking the time to research suspension, engine, and gun upgrades, the Japanese Tier 9 Type 61 can become a hard-hitting mobile tank that plays well in the late game.