Nearly as clutch as it gets. 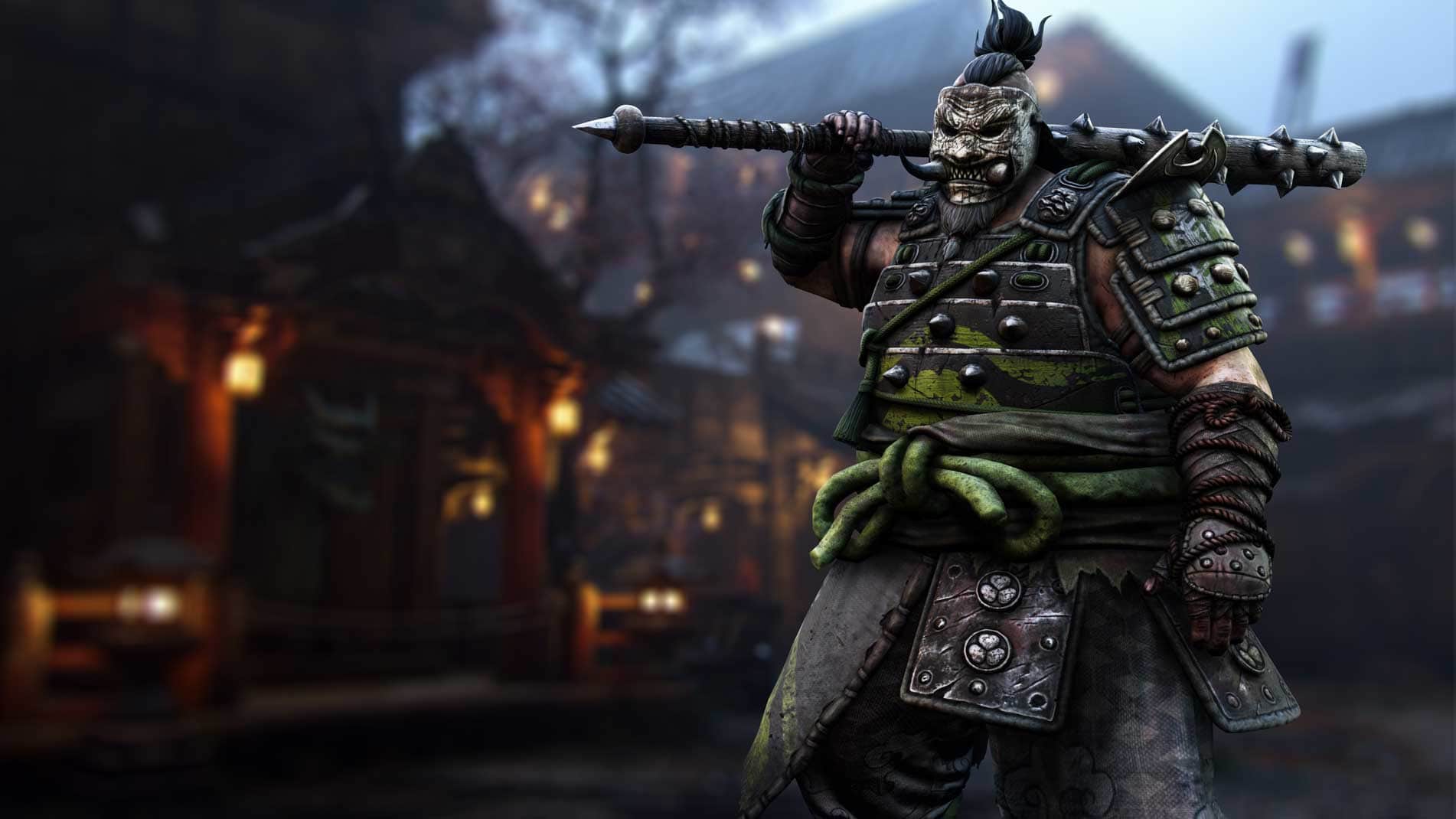 For Honor - How to Play the Shugoki Class

Name the tank and win the prize!

Defending With the Shugoki Class

The Shugoki class in For Honor comes with one of the highest amounts of hitpoints, making it ideal at a defence role. Using this massive health pool and his ability to regen health, you should aim to hold down chokepoints and areas in Dominion mode. Be careful, while the Shugoki is powerful, he’s also slow, which can be a problem when facing multiple enemies who capitalize on his poor mobility. When facing multiple enemies, remember what you learned in our For Honor tips guide, and keep enemies side-by-side to allow for better blocking potential.

Attacking With the Shugoki Class

In For Honor, the Shugoki class can also excel when on the offensive, using his large health pool and lightning fast light attacks to stun lock enemies. When enemies group up, a well-timed heavy attack can push them out of his path. As with defending, show caution when attacking, as a poorly timed attack will leave you susceptible to a counterattack.

Using the Shugoki in a 1v1

Ideally, when entering a battle as the Shugoki, wait for your enemy to approach you, as the Shugoki will quickly run out of stamina if forced to chase kiting enemies. As the enemy gets in range, use a series of light attacks, making sure to aim at their non-guarded side and, when appropriate, end them with your heavy attack.

In the event your opponent manages to break your combo, match the direction from which they’re attacking to execute a parry attack.