The best deals for Xbox One, S and X this Black Friday. 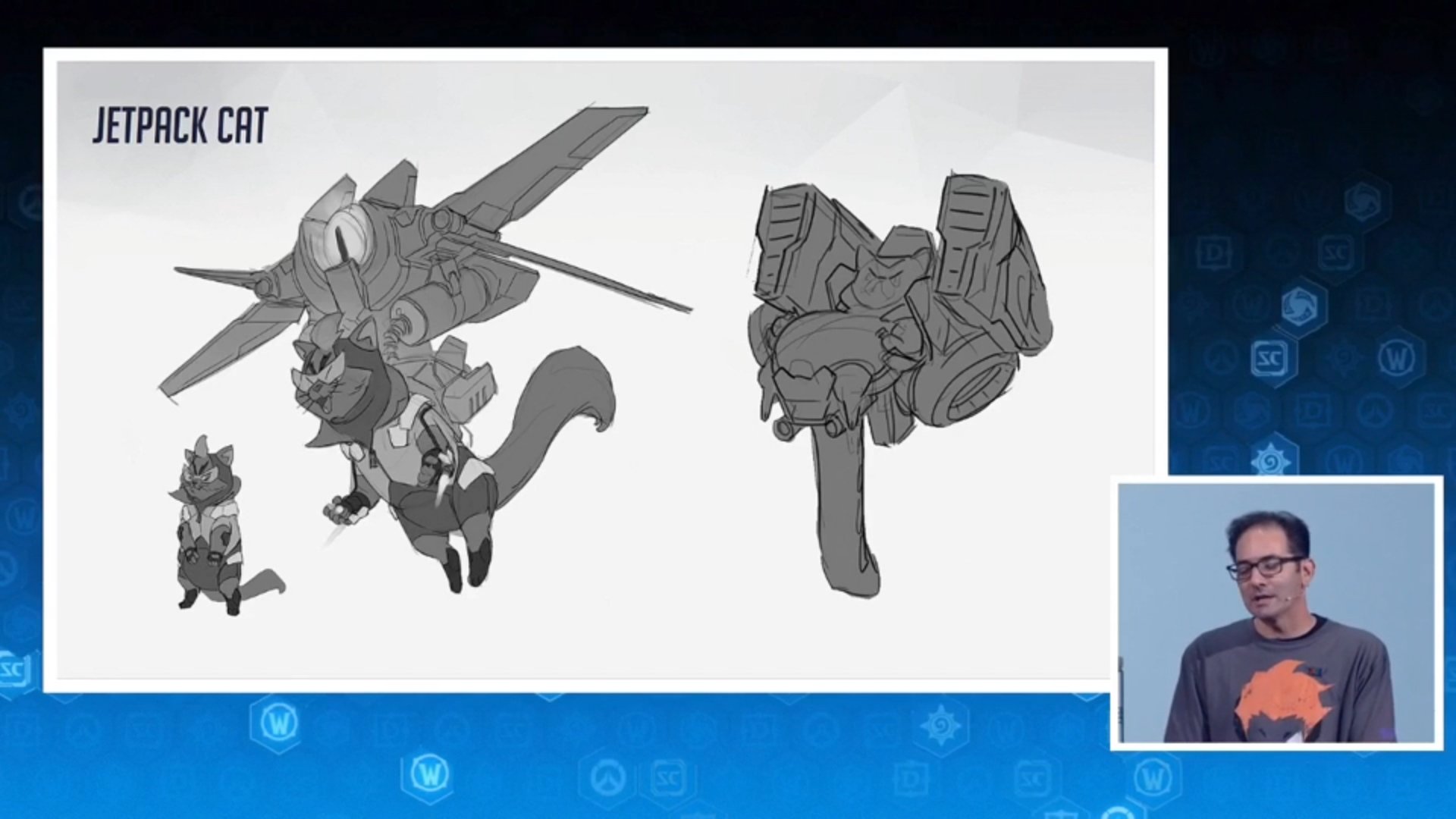 BlizzCon’s Overwatch panels came with a host of early hero ideas for the beloved shooter, which included a cat with a jetpack.

The flying feline was just one of a number of animal aviators that never made it past concept stages, according to a slide shown during the panel.

Game director Jeff Kaplan and concept artist Arnold Tsang showed off characters that came from the scrap pile of canned MMO Titan, including an Alligator with wings, and two versions of a cat attached to a jetpack – one feisty, the other lazy.

Kaplan explained that the concept was much loved by the team but felt it was “too ridiculous for Overwatch” as it began slipping out of the universe they were creating for the game.

Clearly the line was drawn at gorilla super scientist and robotic quadruped.