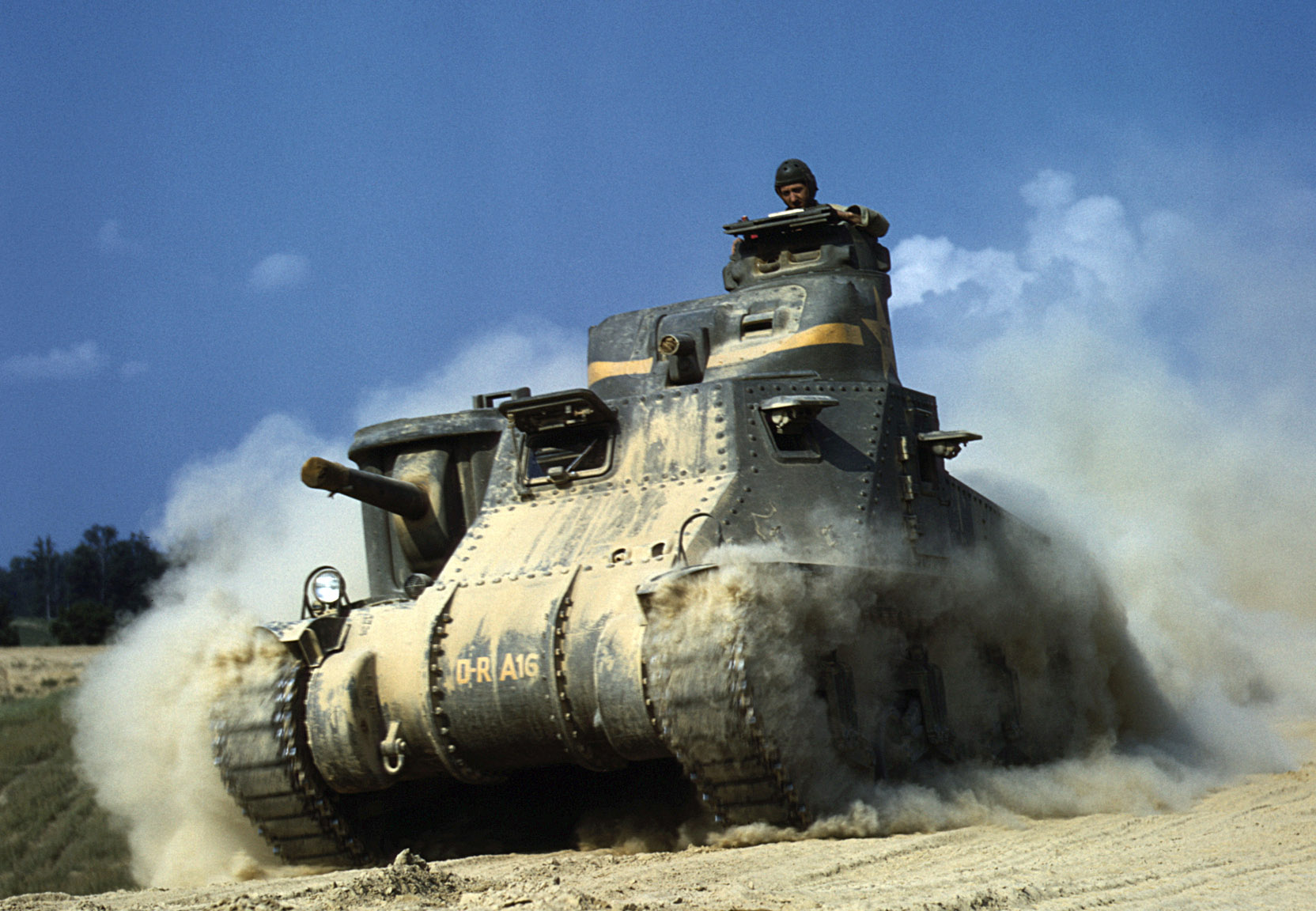 The Medium Tank M3, more commonly known as the M3 Lee or M3 Grant, was an American-made medium tank that was prominent in the US and British military.

Part of the M3’s success was thanks to the United Kingdom’s demand for 3,650 medium tanks, with most of these units supplied through the United States Lend-Lease Act (which was set up to aid US allies).

As the US entered World War II, their armor was at a significant disadvantage, as Germany was utilizing the highly powerful Panzer III and Panzer IV tanks. In fact, the Panzer IV was one of the tanks Dumitru (the man behind the Epic Medal, Dumitru's Medal, is named after) fought in during the war.

Not only were the US up against superior armor, but they also had an extremely limited supply of tanks (around 400 units), primarily comprised of M2 Light Tanks. The 32mm frontal armor of the M2 Mediums and their 37mm guns proved woefully inefficient against the German tanks.

In an attempt to propel their armored division forward, the US ordered a new medium tank armed with a 75 mm gun in a turret. This would eventually become the legendary M4 Sherman, which would see its combat debut fighting for the British at El Alamein. Similar to real-life events, the M3 Lee leads directly to the M4 Sherman in World of Tanks—often considered to be one of the best USA tank lines.

With production of the new M4 Sherman underway, the US army needed a short-term solution that utilized the 75 mm gun. The design of this new tank would incorporate the main gun mounted in an offset position, which would limit its traverse. The reason behind this odd design was due to the American manufacturing plants not having the capacity to create a turret large enough to house the bulky 75 mm armament.

Both the in-game versions of the Medium Tank M3 offer a minimum of two types of 75 mm guns, with the Grant offering a third option, the ubiquitous QF 6-pdr. While these guns are acceptable at-tier, they struggle when facing higher opponents thanks to their poor accuracy and non-traversing turret.

Though not entirely pleased with the final product, the British placed their orders of the M3 tanks. Their original request had been for their Matilda II to be produced in American factories, but the US denied the order. Unfortunately for the British, most of their equipment was left on the beaches near Dunkirk, severely limiting their armor.

Due to the British using a different turret—one with the radio—they required one less crew member in the tank. This turret was also slightly lower in profile than the American Lee version. This effect is evident in World of Tanks, as the Grant has superior survivability when compared to the Lee thanks to its smaller silhouette.

The M3s first saw action in World War II in 1942, which came as a huge surprise to the Germans, who were not expecting the firepower of the 75 mm guns. Luckily for the Allied side, the 75 mm could engage with the Panzer III units outside of their effective range. Another boon for the British and American forces was the M3 tanks were vastly superior to the Fiat M13/40s of the Italian army—the type of tank manned by Italian war hero Luigi Pascucci, who wound up sacrificing himself to save his men.

However, as the war continued, the M3 was quickly outclassed by the M4 Sherman from the and struggled to face some of Germany’s more powerful tanks such as the Panzer IV and the Panther. While it was withdrawn from combat, players are still able to enjoy the oddly designed M3 Lee and Grant in World of Tanks.