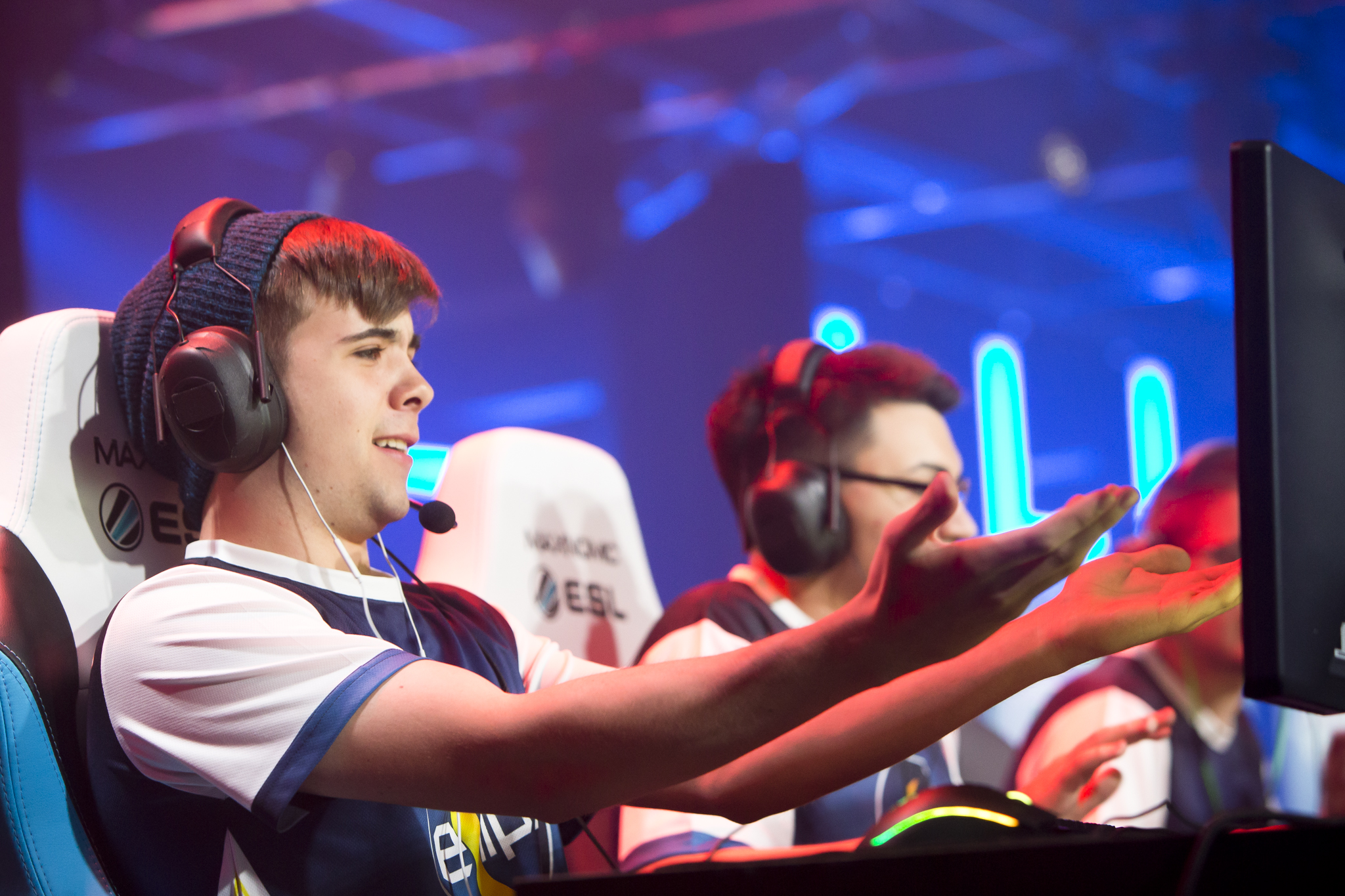 We kicked off WGLNA on Thursday night with teams either working to maintain momentum, seeking to find or needing to change the direction of their current fortunes. Valence walked in hoping to upset eClipse, while last season’s runners-up sought to continue the strong form demonstrated in their 5-4 comeback last Tuesday. On the other hand, you had Apex seeking to continue their consistent and domineering run through the league.

Facing them in a non-broadcast match was the always prepared Top Tier, who were looking to upset last season’s champs. During the third match of the evening, Team Rival – Simple Tankers delivered a strong showing against opponents o7, who were deeply focused on continuing their recent run of well-disciplined consistency.

The final match of the evening saw Dare Rising going head-to-head with Aquatic M60. If Dare Rising were to secure a victory, it would keep them tight with leaders Apex and even catapult them into first if there were any slips by the #1 team. On the other hand, AM60s came into the match only one off from the bottom of the league. Could MrMan58 and his squad find the skill they so abundantly demonstrated last season?

The first broadcast match of the night began on Cliffs with Valence managing to react to the attack by eClipse, seeing them off to take a 1-0 lead. However, beginning with their defense on Cliffs, the “old” eClipse reappeared.

Classic counterattacks and overwhelming focus fire were key, as eClipse would take the next 5 matches to win 5-1. Last night’s performance clearly presents us with evidence that eClipse is back on the hunt.

In a match that will have many watching and re-watching the VOD over the coming weeks, Apex scored a win by capping out just before losing the last of their tanks. Apex would take this momentum forward as they rolled on to a 5-1 victory over Top Tier.

An amazing play by propelled Apex forward through the night. Although Top Tier were tough adversaries, the current champions proved to be too much to handle.

There were many who assumed that Rival – ST would be rolled by their surging foe, o7. Indeed, there were early signs this would happen, as o7 leaped to a 4-1 lead over the non-broadcasted match. Despite this, there is a reason so many fans have supported Rival – ST for as long as they have. Thanks to their latest team addition, Night (who was the last man standing), Simple Tanker’s hope was kept alight as they rounded off to make it 4-2.

In the next match, we saw a glimpse of the Rival – ST of old as they took Steppes, losing just a single tank in the process. At 4-3 it looked tight, but in spite some epic plays and damage by Zakume, o7 would win both the match and the series. Even though they lost, the three hard-earned points they obtained prove that Simple Tankers are definitely getting back into the groove once more.

We were able to get a few words from o7’s MeadowHawk on the match:

“It was a bit of a stressful night, we started off strong building a 4-1 lead but then had a myriad of mistakes that cascaded into chaos.  We almost threw away points but managed to pull it together during the last game. We have definitely taken things away from tonight's match to be addressed before moving forward against Eclipse."

In the face-off prior to the match, MrMan58 addressed some of the performance struggles Am60’s was going through, stating:

“Obviously, we are having some problems. We are doing our best to fix them. We are just trying to figure out what the problems are.”

Standing in 7th place, it appeared that AM60s would have a rough time against the league’s 2nd ranked team, Dare Rising. After losing the first match on Steppes, MrMan58 himself would produce one of the more impressive individual performances seen in a while in the WGLNA. Racking up over 4k damage, and being the key factor in keeping DR from capping, MrMan58 successfully helped lead his team to victory, evening up the score to 1-1.

This kicked off a massive back and forth from both teams, as each took a win on Mines to keep it level at 2-2 going into Prokhorovka. You could feel it would be a close match, as the 5th battle showcased an incredible tug-of-war, ending with an amazing score of 2-3.

Nevertheless, Dare Rising would bounce right back and take the next match to keep things tied at 3-3 as the teams headed into Himmelsdorf. This was where Am60s would pull out a tank lineup boasting three Maus, an IS-4, a T110E3, FV4005, and a “Scout” IS-3 totaling over 9k hit points in German heavies alone. It was an amazing spectacle to see all those Maus’ show up at once. Additionally, it was too much for Dare Rising to deal with, as AM60’s won moving it to series point 4-3.

In the 8th match, AM60’s would not be denied, picking up the win 5-3. Rising still hold onto 2nd place, however, they now stand five back of Apex.

At the end of the night, we continued to see the WGLNA standings slowly take shape with Apex in both top form and place, while Dare Rising at 2nd despite their loss. One point behind them in third sits o7, looking sharp after their win. There’s still plenty of time for fortunes to change, though. One thing we have learned about the WGLNA is that anything can—and often does—happen.

To see what will happen next as WGLNA Season 2 unfolds, be sure to tune the WGLNA live stream this Tuesday, January 31st and join us for all the action!