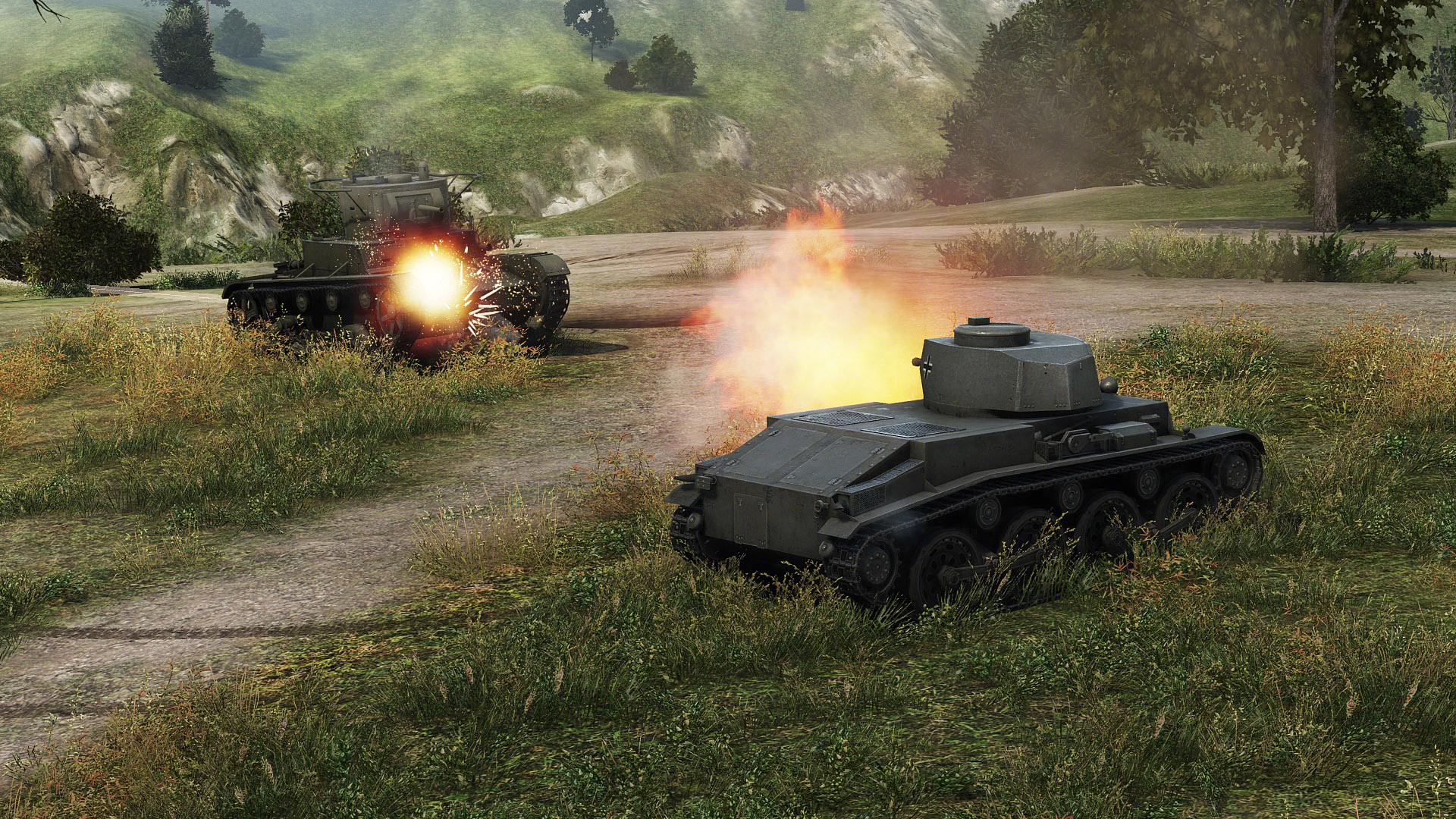 Welcome to another Tank Gawd It’s Friday, a weekly community question that we like to first weigh in on, and then toss to you to get the conversation going. This week, we’ve decided to give a prize to what we feel is the best answer from a member of the community. In order to be eligible to win we need to make a few things clear.

Question: What is the toughest tier in World of Tanks?

The idea behind what tier is the toughest in World of Tanks is a rather contentious topic, with a lot of answers floating around all of which inevitably include Tier 3. However, the argument also seems to include a couple of the higher tier levels as well.

For me, while my knee-jerk reaction would be to claim that Tier 3 is the toughest, I want to aim one tier higher and fight that Tier 4 is actually the most difficult. Tier 3 is grueling, and you’ll face higher tiered enemies, but Tier 4 is practically no different and the slog between Tier 4 and Tier 5 is one of the first real fiscal walls in the game.

It only takes a few matches to get from Tier 3 to 4, but the jump to reach Tier 5 is monumental, with guns and modules costing far more despite battle earnings not reflecting the change. However, once Tier 5 is reached, there’s arguably a shift in the game as the tanks begin to feel more powerful, responsive, and otherwise more enjoyable.

If Tier 3 didn’t break you, Tier 4 might just bring you to tears.

There might be a lot of similar answers to this question, at least among our group of players, but I also doubt that the community will find it shocking that I believe Tier 3 is the hardest tier in World of Tanks. Maybe hardest isn’t the right word, because to be fully transparent I should mention that I am still new to the game and have yet to put much time (if any) into Tier 7 to Tier 10. Tier 3 was a definite low point for me, though.

I was using the Pz.Kpfw. III Ausf. E. I’m not going to argue if that was or wasn’t a good choice. I was new, and that’s the tank I picked without putting much thought into what line I was planning to go down, etc. That tank can be matched against tanks that are Tier 5, and I would say that a good 70 percent of the time, it was. This resulted in me getting smashed. A lot. I was already toying with the idea of being a tomato in World of Tanks, but in the Pz.Kpfw. III Ausf. E my WN8 rating dipped to 369. I’ve since taken the advice of many players and stopped looking at my WN8 (except for this article), and don’t use any mods like XVM that would make me concerned for my stats at this stage.

My partner in crime while playing World of Tanks, Larryn Bell, and I spent a lot of time at Tier 3, thinking that we were just bad, instead of realizing that it was a combination of us being new and Tier 3 being very rough on new players. For whatever reason, we decided to move up to Tier 4, and I switched to an American line of Tank Destroyers. I’ve put over 100 battles into the M8A1, and my WN8 for that tank is 561. Not bragging, that’s still terrible, but it gives you context for my point. I’ve also put nearly 100 battles into the T67, and my WN8 is 479. Dipped a bit, but there has to be a reason Tier 4 and Tier 5 are easier for me than Tier 3.

Part of the reason, I believe, is the matchmaking. A Tier 3 tank isn’t as capable of taking out a Tier 5 Heavy Tank as a Tier 5 Tank Destroyer is at taking out a Tier 7 Heavy Tank. In a nutshell, I’m able to hold my own against higher tiers because I’m using tanks more capable of the job. Also, we can’t forget that I’m new, and my skill level will improve quickly at first, and then level off when I reach a certain number of battles. This means there’s a good chance that, if I dropped back to Tier 3 and put some thought into what tank to use, I’d probably do a bit better, although I still think it would be rough. Either way, new players beware. You learn a lot more about World of Tanks at Tier 4 and Tier 5 than you do at Tier 3.

I think most players will have the toughest time between Tiers 3 and 4. Most of it has to do with the reasons mentioned above, mainly that you begin to see higher tiers at this stage but will have a tough time actually being effective against these tiers. You can use premium rounds, but this costs extra and your earnings at Tiers 3-4 will hardly cover the costs, unless you're using a Premium tank. Once you reach Tier 4, the same struggles still persist a bit, as there are still many players who are learning what to do and how to position themselves, while facing higher tiered opponents. Use your time at Tier 4 to really learn the maps and mechanics before moving up to the next tier. You will fare much better later on.

While there seems to be a consensus that Tier 3 poses the most issues, it's also important to note that the trek from Tiers 1-3 is also susceptible to being seal-clubbed by more experienced players. While this is a contentious topic for some, it is still a very real phenomenon that happens in World of Tanks. Getting wrecked at the lower tiers can really hinder a player's progress, and they might even stop playing before they reach the 'better' tiers around Tier 5. If you are new to World of Tanks and are struggling at the low tiers, I'd suggest just powering through until you reach Tier 4 or 5. Stay there for a while to train your crew and upgrade your tank. You'll notice a huge difference in the way you play and the outlook toward the game overall.

Of course, what tier is the toughest is subjective. Each player approaches the game differently and with varying degrees of skill. That's why we want to throw this question to the community. We're eager to get insight from players of all levels of experience.