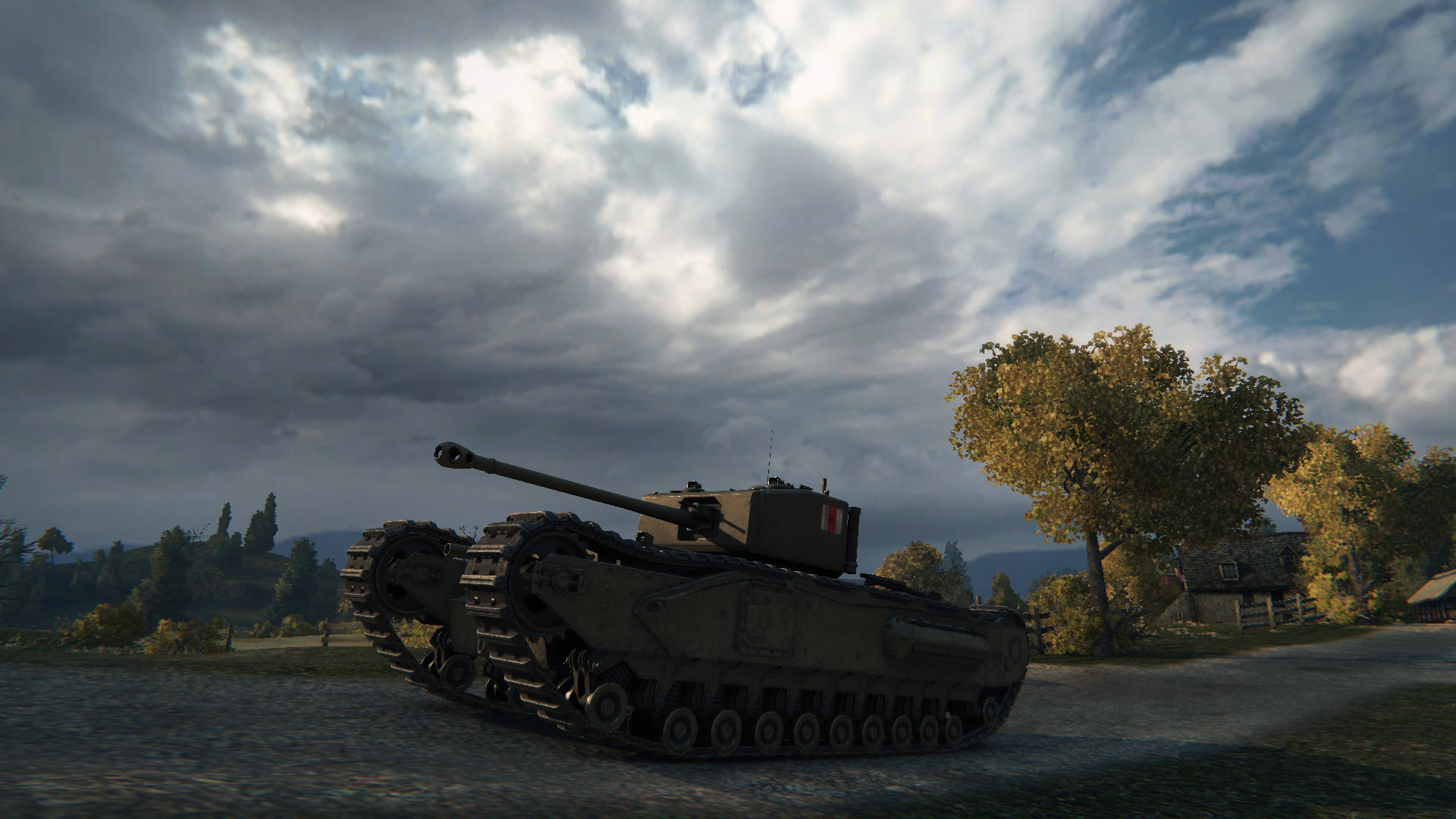 Welcome to Tank Tears, a series where we pit two tanks against one another, compare their stats and playstyle and pick which one is the best. Today we have the T1 Heavy, an American heavy tank, and the Churchill I, a tank straight from the United Kingdom.

Both tanks are Tier 5 heavies, meaning they can potentially fight tier 7 vehicles, a tough situation for even the most hardened tankers. Read on to find out which one comes out the victor.

The T1 Heavy is a USA Tier 5 Heavy tank that had its designs approved in 1940. The T1 in World of Tanks is based on the early prototypes of the tank that would eventually be known as the M6 Heavy Tank.

As far as heavy tanks go, the T1 Heavy needs to be played more in the style of a medium tank thanks to its weak side armor. Conversely, the strongest part of the T1 is its frontal armor and the front of the turret, making it an excellent choice for bullying head-on or taking a hull down position.

Taking the T1 Heavy into the frontlines is risky despite the armor values, but thankfully its fast-firing armaments and high speeds will help you get out of trouble quickly. Compared to the Churchill I, the T1 Heavy’s top tier modules deliver a gun with lower damage and penetration, albeit with a higher rate of fire and reload speed.

Take advantage of the sturdy frontal armor and high speed to ram unsuspecting opponents, all while firing quickly as you descend on them.

The only issue you’ll face when playing the T1 Heavy is its poor gun dispersion and weak side armor. To combat this, simply keep the front of the tank point at your enemy (or use an acute angle) and ensure you’re close enough to not worry about poor accuracy.

The Churchill I is a UK Tier 5 Heavy tank that saw production in 1941 and came equipped with a 40mm 2 pounder gun and, as a tank, was considered mechanically unreliable. As far as original versions go, the Churchill I was followed by several improved designs that included upgraded weaponry and armor.

Were the Churchill I and T1 Heavy to remain at stock level, the Churchill would be superior in terms of armor but not when it comes to mobility. It’s unlikely that players would simply stick to a stock version, especially given the matchmaker potentially pitting Tier 7s against the Churchill.

In terms of upgrades, the 75mm Vickers offers greater alpha damage and penetration than a top tier gun of the T1 Heavy. This is boosted by its accuracy and aim time, though the rate of fire will leave it destroyed when it comes to a DPS battle.

When fully upgraded, the frontal armor of the Churchill I is over 20 mm thicker than the T1, allowing it to survive longer in an engagement, especially given its higher hit point value. The downside is it can’t take as much advantage of a hull down position as the T1 Heavy due to thinner turret armor.

As far as a heavy tank goes, the Churchill I has an accurate gun suited for longer engagements and decent armor. However, its speed is a limited factor whereby it will find itself unable to quickly flee a situation.

Despite the fact the Churchill I has greater armor values for the hull, the sheer thickness of the T1 Heavy’s turret armor makes up for the slightly lower armor levels. However, this means the T1 Heavy does require attention to detail when positioning itself to take full advantage of the turret armor.

Once a position has been reached, the sheer rate of fire of the main gun will help pick apart enemies when they get too close and having a second gunner means greater perk selection and insurance. While it is a close call, the T1 Heavy is a stubborn opponent when played correctly. Let us know in the comments what you think, should the Churchill I have won?