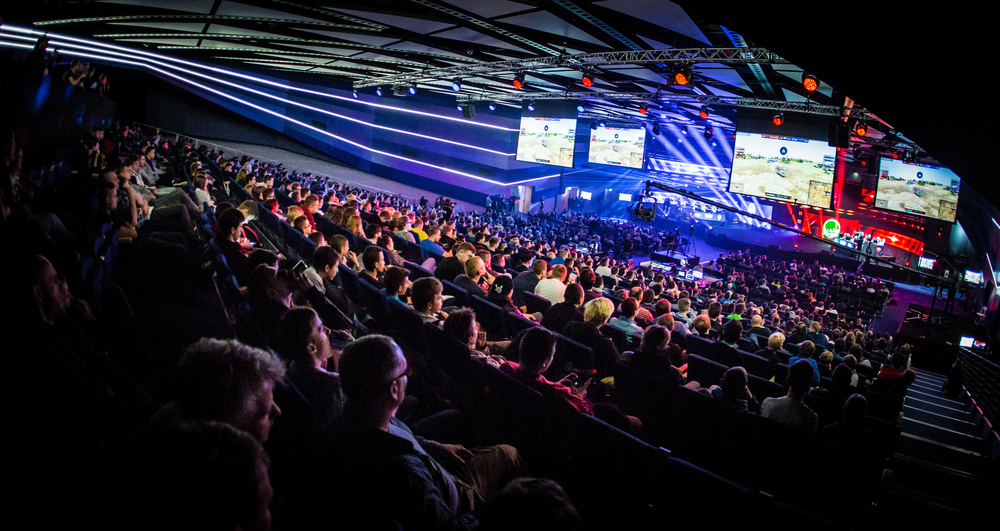 Rolling into the second week of WGLNA Season 2, we had what looked to be a few challenging matches on deck. Digging deeper, we had Aquatic M60s, who were coming off a tight series of matches versus eClipse, who faced off against front runners and last season’s champions, Apex.

While many were convinced that eClipse was in second place, it was actually Déjà Vu holding that position early. They come face to face, but with eClipse being the heavy favorite. In addition, Rival- SimpleTankers looked to pick up their first win against Valence as both teams were at the wrong end of the table.

The final match of the evening would be a showdown between third place Top Tier and o7 who started the evening in sixth. Most saw this as a match for TT to win as they continue up the table. Yet, what is said and expected only lasts until it is put to the test and that is why matches are played and anyone can be beaten on any given day. Last night proved that maxim true.

In our opening match of the night, we had the two teams at the bottom of the table facing off in what must have felt like a predictable battle. Valence took the first battle on mines, but in the second match Rival – SimpleTankers executed a well-timed rotation and tied it up 1-1.

However, after Mines it was all Valence. Sharp play by Vyruul, Geeforcer, and Statik along with the rest of their squad was too much for Rival – ST to handle, as Valence took the series 5-1. Later, we had the chance to hear from Valences Geeforcer on his take of the evenings action.

“Nothing too crazy tonight, Rival is a team that's been in the league a long time and has some big names on their roster so you always have to take them seriously. We played solidly in our 5-1 victory with our only hiccup coming on our Mines attack. It was nice to get a clean win under our belt to bring us to 2-2 on the season.”

In the first non-broadcast of the evening, the league leaders, Apex, found themselves facing a team that pushed eClipse this past Tuesday. It mattered little to last season’s champions, as they simply dominated the set. Apex won 5-0, including two “aces” where they did not lose a single Tank in battle. Apex remain undefeated and continue to look like they are improving every week.

Approaching this match, many believed this would be a stiffer test of eClipse than expected. Déjà Vu sat at second place and had taken two of their three matches up to this point. However, this time Déjà Vu would lay down a statement on their intentions as they would take a dominant 5-1 victory over last season’s runners up.

Déjà Vu, in an off-broadcast match, had a 3-1 match lead going into the last minutes on Ghost Town. Eclipse was set to win with seconds to spare while capping, when Chase_Potato somehow found an across-the-map shot, threaded the needle of several buildings and picked up a stunning and vital reset!

(Warning: the video contains loud volume and language that may not be suitable for all ages.)

While this victory for DV does cement them in second place, it does demonstrate that they clearly have the skills and focus to defeat the big named teams in a precise and dominating manner.

Going into this match, Top Tier were clear favorites to many with their strong early-season showing. On the other hand, o7 had developed a knack of going into overtime and left may questions to be answered. Yet after taking a 3-1 lead on the first two maps, it appeared that o7 was well on their way to answering them.

Top Tier had other plans, however. They demonstrated a strong understanding of Cliff, taking both matches to tie things up at 3-3.

In the past, there have questions about o7 really committing to a strat and “going for it”, but on Steppes they dismissed those thoughts as they executed an aggressive attack up the 1 and 2 lines that lead to a clever cap out by Ledif in his Strv 103B.

Key to this victory was o7 using their 113 to empty the clips of Top Tier, allowing o7 to plunge and drive back their opponents.

In the following Steppes match, o7 once again had the right strategy. They had TT scouted and were able to drop some early damage, but the key moment was around the six minute mark when o7 chose to counter push down the 2 line and managed to cut apart most of Top Tier’s hit points.

After that, o7 simply chose to play carefully, picking up the match and series win 5-3. Afterward, we asked team captain Fosta for his thoughts on the match. His answer was unique, and we’ll present it as we received it:

This cheeky response is a perfect complement to how clever and sharp the performance from o7 was as they jumped to fourth place in the league.

This night’s matches had some clear, but in some cases surprising wins, with DV 5-1 leading that category. O7’s victory was equally well-earned. Apex continues their roll, and Valence played a solid match. For the teams that were on the losing side, next Tuesday offers another shot and we are still a long way from the end of the season, so there’s plenty of time to regroup. If your fantasy team took a hit, the same idea applies.

Make sure to tune in every Tuesday and Thursday at 5:30 p.m. PT to watch the pro players compete live over on the WGL_EN Twitch channel. If you can’t make it to the live broadcast, be sure to check back here on Tank War Room, as we will have another recap to bring you up to speed on the results of WGLNA Season 2.