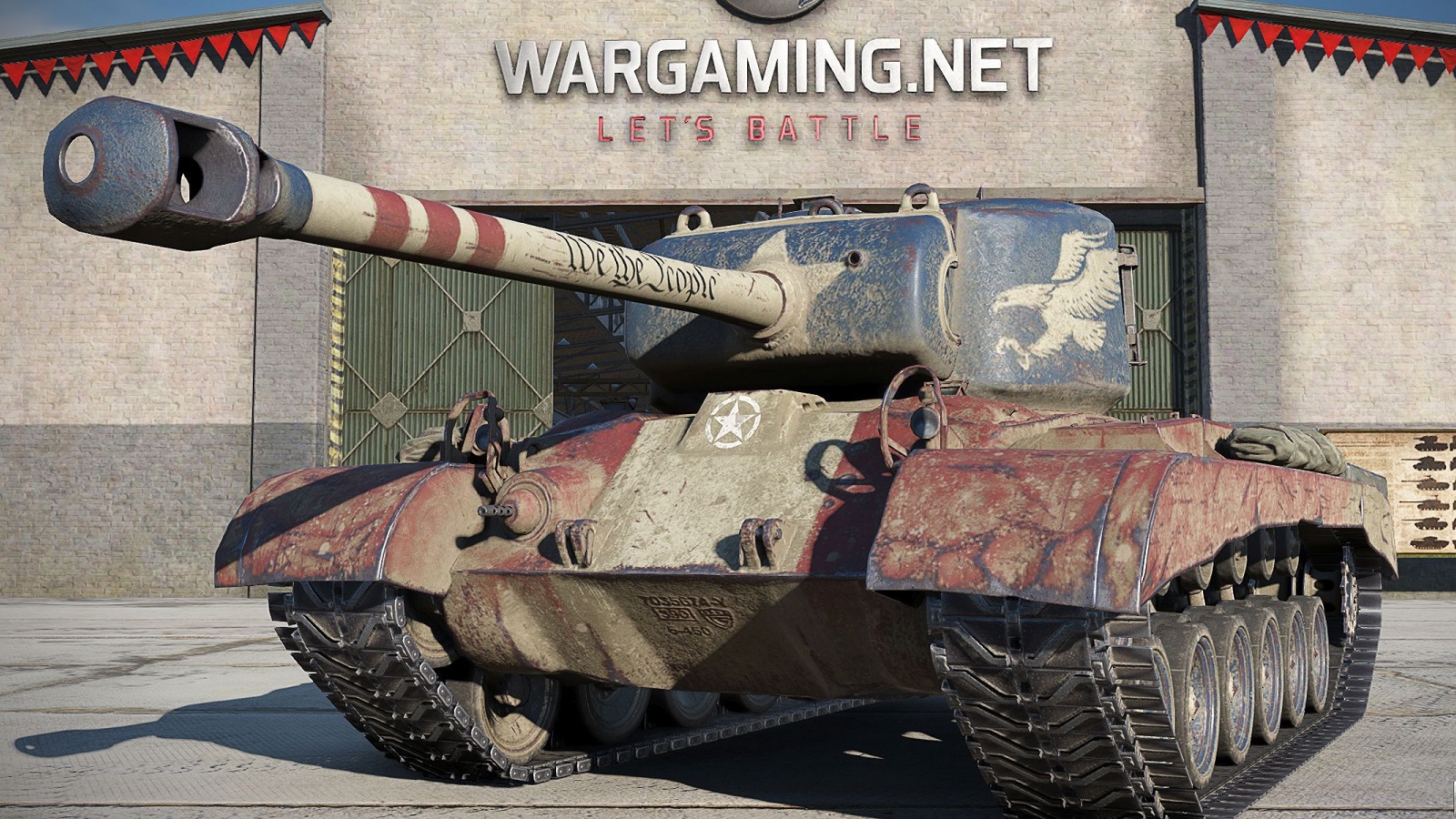 Welcome to Tank Gawd It’s Friday, a weekly series where we pose a question to ourselves and the community regarding World of Tanks or another gaming-related topic. Each of us here at Tank War Room will answer the question, then we'll toss it over to our readers to answer in the comment section. Our goal is to reach out and start a conversation, so we hope you will join the discussion by responding to this week’s question below.

What is your favorite tank to play in World of Tanks, and why?

For me, the tank I am currently enjoying playing the most in World of Tanks would have to be the Pz. Kpfw. II. I know, I know, it’s a contentious topic - playing powerful low-tier tanks - but I really enjoy the German vehicles.

The Pz. Kpfw II, for those that mightn’t be super familiar with every tank in World of Tanks, is a Tier 2 German Light tank that has a couple of incredible guns, especially the Flak. Its auto-cannons just shred through the armor on enemy tanks, even more so when using APCR rounds.

It’s fast, nimble, and accurate. Everything you want in a low-tier tank. It’s fun to revisit it every now and again if I’m getting tired of trying to hyper-focus in higher tiers. If I just want to have a bit of a slog-fest with high damage and a lot of armor, you just can’t go past any of the high-tier Soviet IS tanks - especially the Premium, IS-6. But for now, the favorite is the Pz. II.

I’ve got to start by saying that I haven't played many of the tanks available in World of Tanks. This is especially true of the higher tiers, since I’m currently spending the bulk of my time at tiers four and five. However, I think I’ve started to discover a type of tank that I enjoy, and even a specific tank that I’ve had recent success in.

My current favorite tank is the M8A1. It’s a Tier 4 American Tank Destroyer that has a turret. It’s very mobile, so I’m able to get into position quickly. While it doesn’t have good armor, I’m trying to become better at not being spotted or hit in order to counterbalance that.

I’m sure that as I move through the tiers (when I’m ready), I’ll discover many more tanks (and tank types) that I enjoy, so we might have to return to this question again sometime. For the immediate future, however, I’ll be getting to know the M8A1, T67, and other American TDs a lot better.

Although my play style may be more suited to Heavy tanks, I tend to gravitate toward Medium tanks simply because they have better mobility without compromising much in the way of damage output. I love the beefy armor and strong guns of my KV-1, but the fact that it moves at a snail's pace on any sort of incline really tests my patience at times. When I just want to roll out and have fun, I prefer playing in the Tier 4 Medium before it, the T-28.

In the short few months I've been playing World of Tanks, I feel I've enjoyed the T-28 the most, despite the fact that there are probably other low-to-mid-tier Mediums that are better. I'd like to branch out and start down a tank line of a different nation, but I guess the Russian bias has a strong hold of me, at least for now.

I’m still in the process of learning the ropes in World of Tanks, so there isn’t really any one tank I’ve gravitated to so far, but there are a few types of tanks I find myself enjoying more so than others. I like being able to cruise around and outmaneuver my opponents (mainly because I tend to lose straight-up engagements far more than I win them) so tanks like the T-45, the A-20, the M22 Locust, and the M2 are quickly becoming staples for me. I know that most of those examples are low tier tanks, but I honestly doubt I’ll be able to compete in the higher tiers anytime soon so I’m enjoying the low tier chaos while I can.

Up until recently, my favorite tank was the IS-3. But not so long ago, it was replaced by the patriotically-painted T26E5 Patriot. This Tier 8 Premium tank is agile enough to be a brawler and has a well-armed, dependable, bouncy turret that makes it a true beast when you hull down. Though not the best choice in Tier 10 matches, it can still contribute. While the gun may not have the punch of the T34’s, it does have a good rate of fire, penetration, and accuracy. It is a fun tank to play and also brings you the added benefit of higher experience and credit earning that one expects from Prems. I’d highly recommend folks grab one the next time it becomes available.