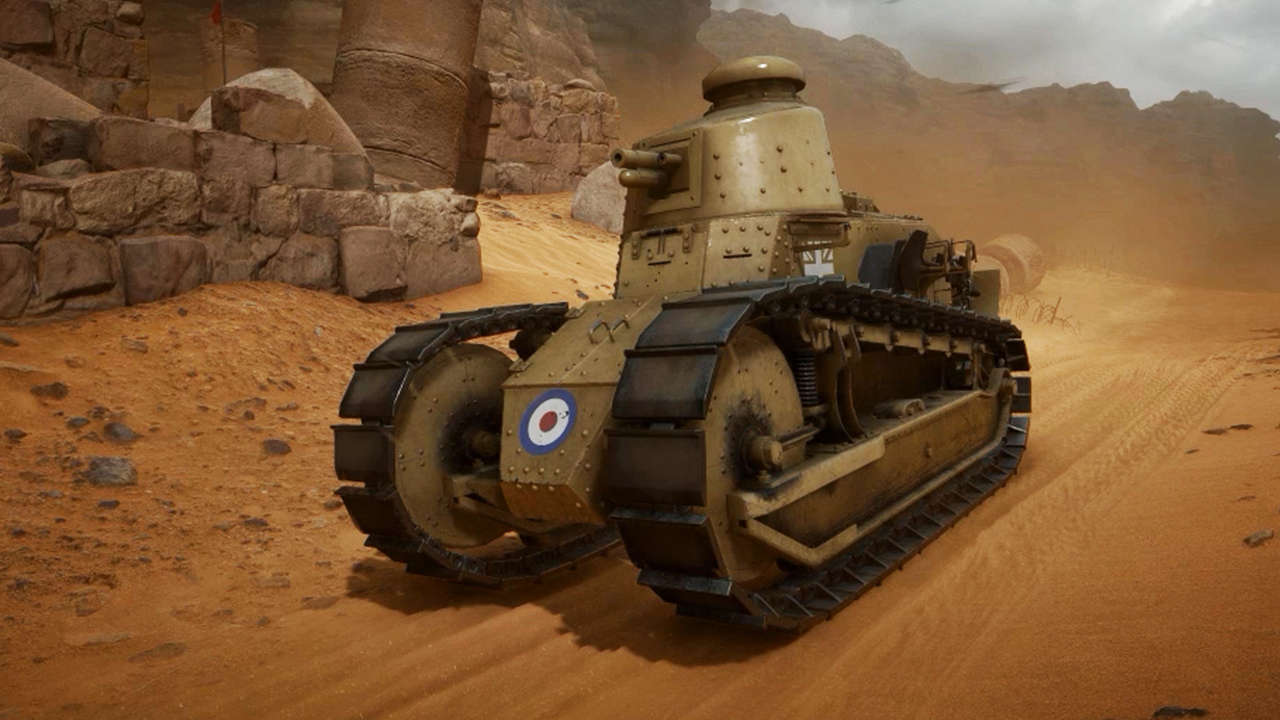 We’ve already talked a fair bit about the Renault FT in previous articles, as well as the Renault FT AC, a tank destroyer that never made it out of the prototyping stage. However, to recap, the Renault FT was one of the most revolutionary light tanks of World War 1 thanks to its use of a fully-rotating turret.

Unlike other tanks of the time, the Renault FT had the advantage of being able to aim wherever it pleased without needing to move the entire vehicle.

In World of Tanks, the Renault FT is a fast light tank boasting speedy acceleration but slow top speeds. Though its guns lack impressive penetration, they are able to fire extremely quickly and offer good aim times. Another benefit in World of Tanks is the FT’s use of two crew members. When one crew member dies, the other one is able to take their place and continue the battle.

As opposed to World of Tanks, the Renault FT in Battlefield 1 is piloted by a single crew member, thus drastically diminishing the amount of support you have within the tank. For instance, once the lone occupant is deceased, the tank will no longer function. The trade-off here is that another player can simply enter the tank and continue the battle whereas in World of if everyone in the tank is the fun is over.

In terms of weaponry, the Battlefield 1 version of the Renault FT pulls ahead as it offers three different variations. The two games share two similar gun choices, firstly the 13.2 mm Hotchkiss and the 37 mm APX, with Battlefield 1 offering a third option, the 20mm auto-cannon.

Additionally, the FT-17 in Battlefield 1 also comes equipped with the player’s choice of Canister Shell, Poison Gas, and Medkit or a 75mm gun, Emergency Repair, and Smokescreen. These two choices give the player more tools to use during a battle, with such things as the Poison Gas and Smokescreen acting as useful anti-infantry tools or added protection for your allies.

Despite the fact that Battlefield 1’s Renault FT-17 mightn’t adhere strictly to historical accuracies, it comes out as a better tank thanks to the various tools available. The speed of the FT-17 in Battlefield 1 is superior to its World of Tanks counterpart while also offering players the ability to fire more than shells as opponents.

By using a well-placed Poison Gas shot or Smokescreen, an FT-17 can not only act as an effective tank-killer, but also help its infantry allies. But what do you think about the results? Do you think Battlefield 1’s version of the Renault FT is the best version? What other tanks would you like to see compared. Let us know in the comments!