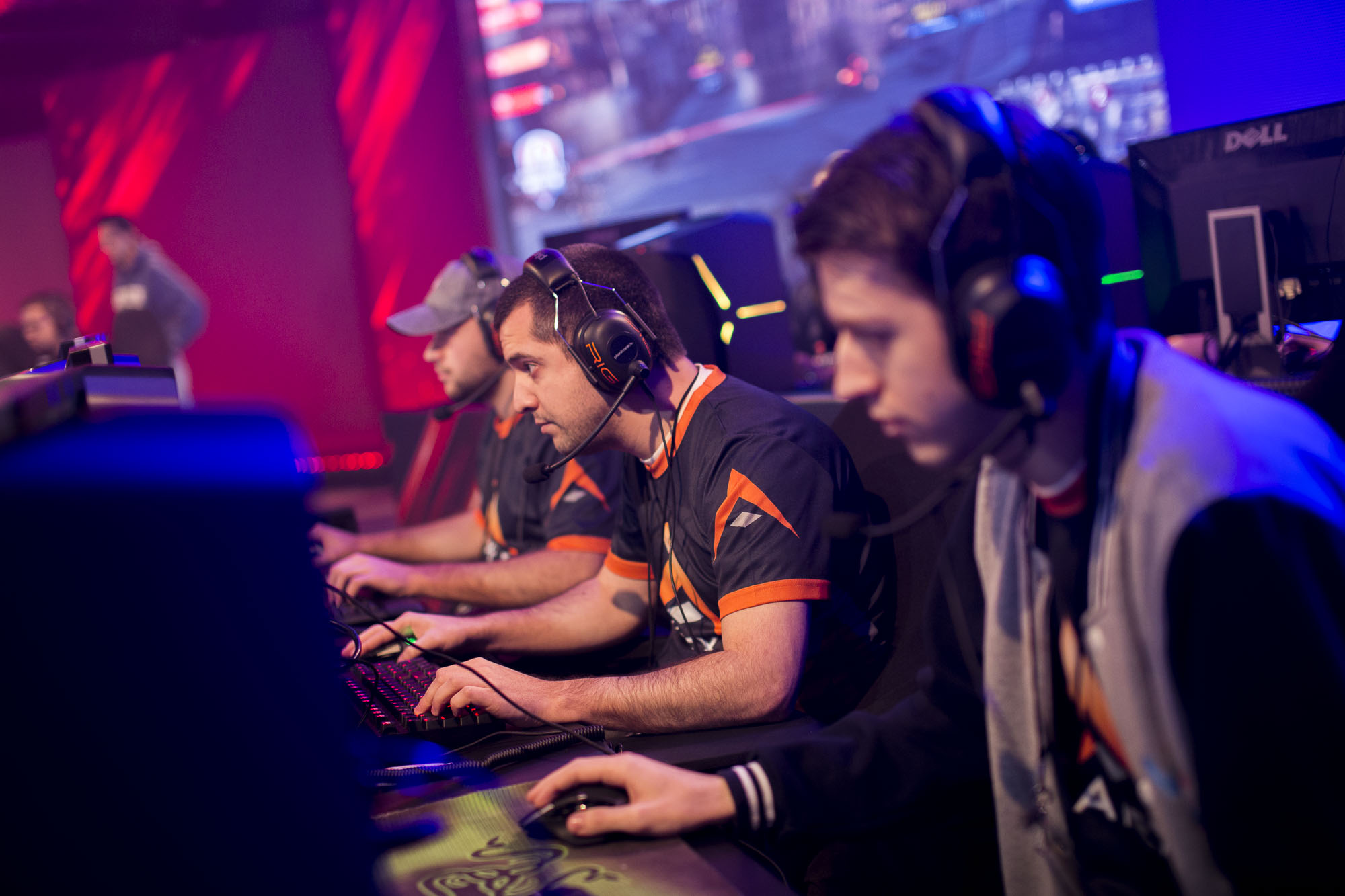 The World Gold League North America (WGLNA) match setup is comprised of two teams, seven to a side, each facing off in a best-of-nine series. One team attacks while the other defends, then the teams switch with the first now attacking. This continues back and forth until a team gets five wins.

Eight teams are currently in the Gold League playing for a share of $325,000 over the next few months, as well as for the chance to represent North America in the Global Grand Finals held in Moscow this spring for additional cash prizes.

The teams participating in the WGLNA this season include both seasoned vets, as well as strong up-and-comers—with Déjà Vu being a great example. Team Déjà Vu holds last season’s leader in damage dealt and overall MVP, MylittlePutin. He may be one of the youngest in the league, but his skill set is balanced by MactepPutin, former captain of #RU who won the WGLNA during the second half of 2013.

However, despite the sheer ambition each team has to win, all of them must find a way to surpass the ever-dangerous Apex. As last season’s champion, Apex laid down the gauntlet early and never looked back. Yet with their WGLNA Finals MVP AkulaV retiring, and experienced players like PhotoFinish and Overlord Prime no longer with them, this season may prove to be more of a challenge.

Although, Apex leader Comps has kept on top of things, managing to acquire two massive replacements, Oxmathus and Wallhacks. The duo arrived after playing for Apex’s closest rival last season, Eclipse. Both Oxmathus and Wallhacks are experienced veterans who could provide Apex with the necessary spark to ignite a repeat victory. If the new additions can find their niche quickly and replicate—if not surpass—last season’s synergy, Apex will prove hard to beat.

Nevertheless, Apex must withstand a clear challenge from last season’s 2nd place team and previous WGLNA champions, Eclipse. T1 Diabetic, team captain, has reacted to the loss of two major team components by bringing in fan favorites and seasoned veterans Exo and PhotoFinish. These additions, as well as strong players like MasterPupil, Vetro, Drawk, and DarkGodZim, will help Eclipse in their quest to regain the title and return to Poland for the Grand Finals.

But this is not a two-team race to the title. Some of the longest residents in the Gold League, Team O7 and Rival-Simple Tankers, bring experienced teams to this season’s title race. O7, semi-finalists from last season, and Rival-Simple Tankers, bring a fresh roster of league veterans... which is always dangerous. Among these veterans is one of the most recognized and respected faces in the history of WGLNA, Commander Jay, who has addressed the advantages that can apply to both the experienced and newer squads.

“We are the oldest and most veteran team. Overall, it's a bonus. We know the routine, the ups and downs, and how to work through the tough times, which is very important. New teams have their own advantages too; they'll often be very excited, with a ton of energy and drive.”

Rounding out this season are the always aggressive Aquatic M60’s, and the recently promoted Valence and Top Tier. All three will look to make the most of this upcoming season. Can they upset the balance early and make this season their own?

Adding to the excitement of this season is the return of the WGLNA Fantasy League, bringing with it some amazing prizes, including rare tanks and gold. It is a fun way to spice up your viewing, as you find yourself invested in players across multiple teams. Compete with friends, clanmates, and the WGLNA community.

Watch the first day of Season 2 action in the WGLNA with Randal "Ruukil" Holcombe and James "RockStarx1" Grieve providing the play-by-play and analysis. Matches are live every Tuesday and Thursday at 17:30 (PST) starting tomorrow, January 10th. This season aims to give us plenty of exciting clashes, as each team battles it out for the title of WGLNA Season 2 Champion.