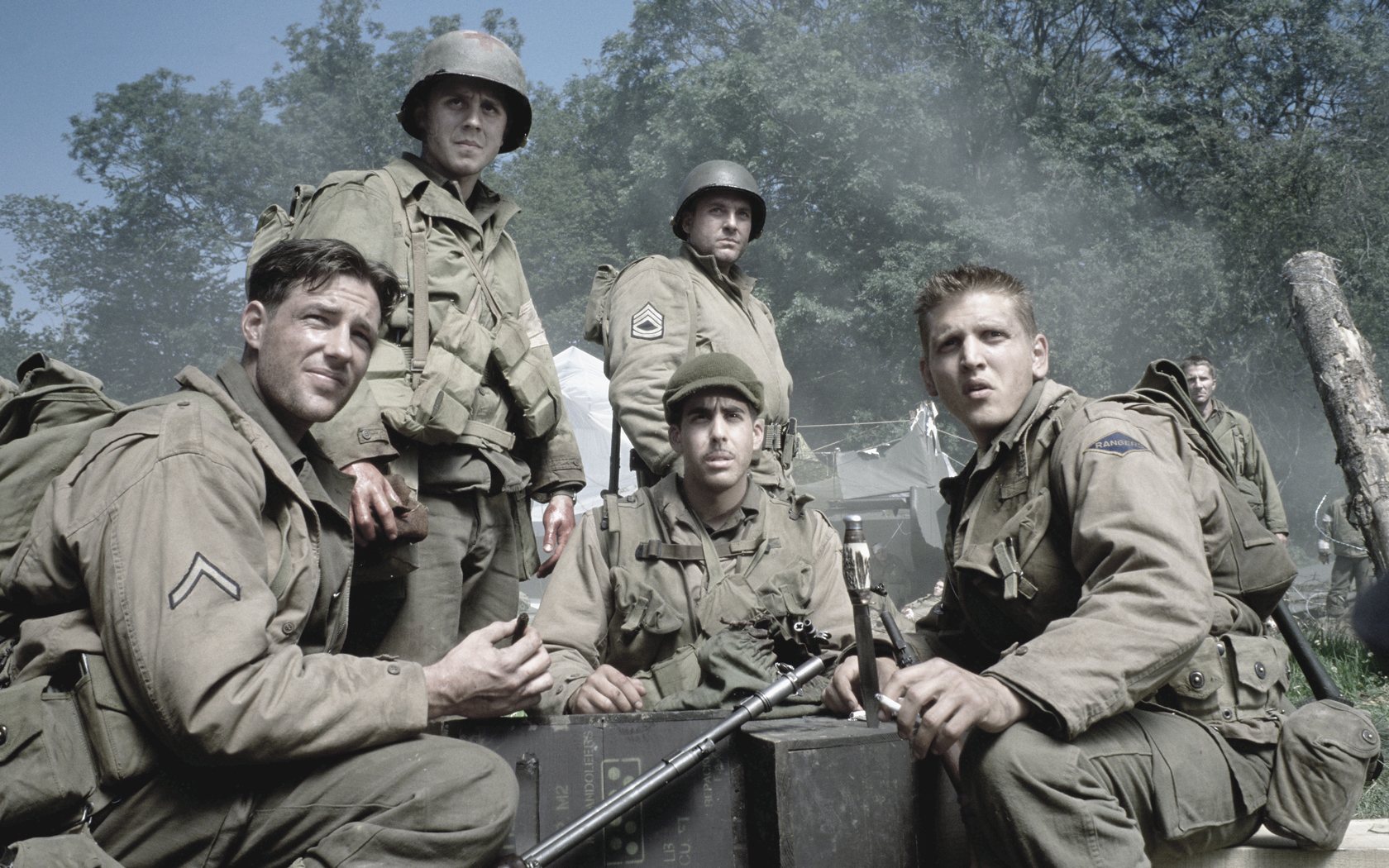 Tank Gawd It's Friday - The Best War Movie of All Time

A well-crafted war film will utilize the right dialogue, special effects, and cinematic techniques to convey the harrowing nature of war, leaving a lasting impression on the viewer long after the movie ends. Gather ‘round as we discuss some of our favorite war films here at Tank War Room!

For this Tank Gawd It’s Friday, we’ve decided to do a special giveaway for those of you who take the time to join the discussion. All you have to do to enter the giveaway is answer this week’s question in the comment section at the bottom of this article. Your reply enters you to win an in-game prize bundle for World of Tanks, which includes an M4 Improved with 100% trained Crew, seven days of Premium account time, 500 Gold, and credit boosters. The prize is valid for PC players in North America only.

What is the Best War Movie of All Time?

While war movies aren’t my go-to for cinema experiences, there are two movies that have resonated with me ever since seeing them. One is arguably one of the greatest tales of World War II while the other is so far from serious and real it almost hurts. I’m talking of course, about Schindler’s List and Independence Day.

Let’s go heavy then lighten up at the end. For me (and I’m sure everyone else), Schindler’s List was this epic narrative that left me speechless and wishing that I could console Liam Neeson and let him know that he did so well - that it’s okay. It was amazing to watch a movie based on a real story about someone putting their life on the line to save hundreds of other people from a nightmare. To this day, the final scene with Neeson moves me like no other.

On a lighter note, Independence Day, though not even remotely factual or based on any serious war, is one of my favorite chill-out flicks. As an Australian, whenever Independence Day rolls around, I throw on this movie and thank America for saving the world once again. It has everything you need for a great war movie: Will Smith, Jeff Goldblum, aliens, viruses, Area 51, epic space battles, and aliens communicating through telepathy. Thank you America for saving us once again.

I’m going to cheat a bit here and pick a series that piqued my interest in war movies in general, and that’s Band of Brothers. It came out as I was entering my second year in college, and it was a show that my two roommates and I all sat down to watch together every week. I was hooked to the point that, to this day, I still find myself searching for historical information on the real soldiers who served in Easy Company. I enjoyed The Pacific, too, but it didn’t take hold of me like Band of Brothers did.

Thinking about it now, I can’t say that I loved Band of Brothers because of the action or acting. It was a beautiful show with great cinematography, but it was the idea that this really happened that I couldn’t shake. It wasn’t about entertainment, it was about telling a story that people like me needed to hear. In the 15 years since I watched the debut episode, I’ve never lost that. I truly do believe that certain moments in history need to be passed on, and there is a level of respect we owe the people who lived those moments and were kind enough to pass on.

That’s why I have to choose Band of Brothers. If not for that show, I don’t think my interest level would be there for war movies, and hearing the real stories behind how some of them came to be made.

Saving Private Ryan is undoubtedly one of the best war films of all time, which also happens to be one of my favorite movies. No matter how many times I’ve seen it (and I’ve seen it a LOT), I will still pause to watch it again when it pops up on television or when I scroll past it on Netflix. It’s that good.

Saving Private Ryan drops you straight into the traumatizing events of D-Day, as Allied soldiers invade the coastline of Normandy during World War II. The grueling intensity and uncomfortable realism of this opening beach scene sets the tone of the film, giving a mere taste of what soldiers can endure during war.

While its intense cinematic angles and realistic effects are enough to speak volumes of Spielberg’s skills as a director, much of the film’s quality comes from having top-notch dialogue and talented actors to convey the emotions behind each encounter. Whether it’s the subtle prayer uttered by the left-handed sniper as he lines up a target, the dubious cigarette break with Steamboat Willie, or the medic’s melancholy memory just before bedtime, every scene is memorable and will likely stick with you long after. This film is definitely a must-watch, even for those who aren't big on war movies.

I am admittedly not a big war film buff, but I’d say that one which resonated strongly with me is Francis Ford Coppola’s Apocalypse Now. While technically only a “war movie” in the most periphery of definitions, it still serves as a powerful example of how the horrors of war can affect a person both in the moment and over the long term.

The film also has a special place in my heart since the book which inspired it, Heart of Darkness, became one of my favorite books when I read it as a kid. With its powerful and evocative imagery, compelling narrative that starts slow and then builds to a fever pitch crescendo, and excellent performances from actors like Marlon Brando, Martin Sheen, and Robert Duvall, I’d highly recommend Apocalypse Now to any fan of war cinema.

Now it’s your turn! What’s your pick for the best war movie of all time? Leave your answer in the comment section on the bottom of this article. You just might win a World of Tanks prize bundle!