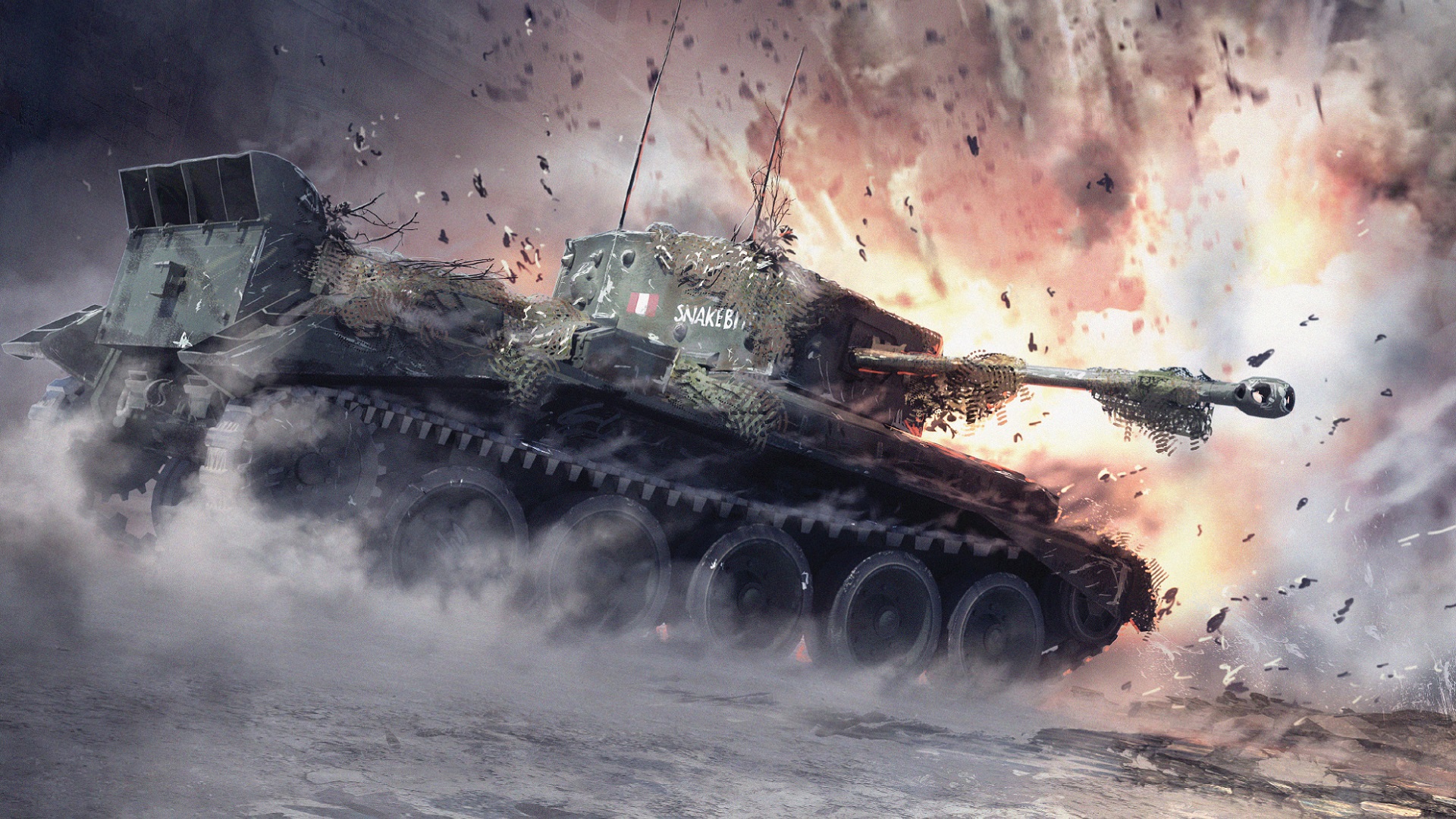 Comic fans, rejoice! The fourth issue of World of Tanks: Roll Out is now available in retail stores worldwide. If you can’t make a trip to your local comic book shop, don’t worry. You can purchase a digital version of the comic on Dark Horse Digital, or pre-order a printed version on the Dark Horse Comics website. Note that these printed copies will become available on January 11th.

Printed copies of Roll Out Issue 4 will also come with a code for the Open Fire Bundle. This special bundle is only available for the console versions of World of Tanks and features exclusive in-game content, which includes a platform-specific tank, garage slots, trained crews, and various other in-game items.

World of Tanks: Roll Out Issue 4 is titled “God of Battles” and is the penultimate issue in the Roll Out series of comics. In this issue, the Snakebite crew presses forward to face more tough challenges on the battlefields of post D-Day Normandy. Allied forces face an intense struggle after a sudden encounter with a hidden Sturmgeshütz (StuG) catches them off guard.

To commemorate the Hidden StuG III featured in Roll Out Issue 4, console players can also purchase the Hidden Ultimate Bundle on the Xbox and PlayStation Stores for a limited time. This vehicle is a fierce Tier 5 Tank Destroyer that comes with a fully trained crew and the Camouflage crew skill to help you remain incognito.

The bundle itself contains various other goodies as well, including seven days of Premium account time, an additional garage slot, and a few recommended equipment modules. Keep in mind that you can receive extra rewards for completing certain missions in Dark Horse tanks, so be sure to snag this bundle while you can and roll out!

To celebrate the launch of World of Tanks: Roll Out Issue 4, a special comic theme has been applied to the Xbox One, Xbox 360, and PlayStation 4 console versions of World of Tanks, which has been aptly dubbed as Comic Book Mode. This mode applies a filter to World of Tanks console gameplay to give it a more cel-shaded, outlined appearance, similar to a comic.