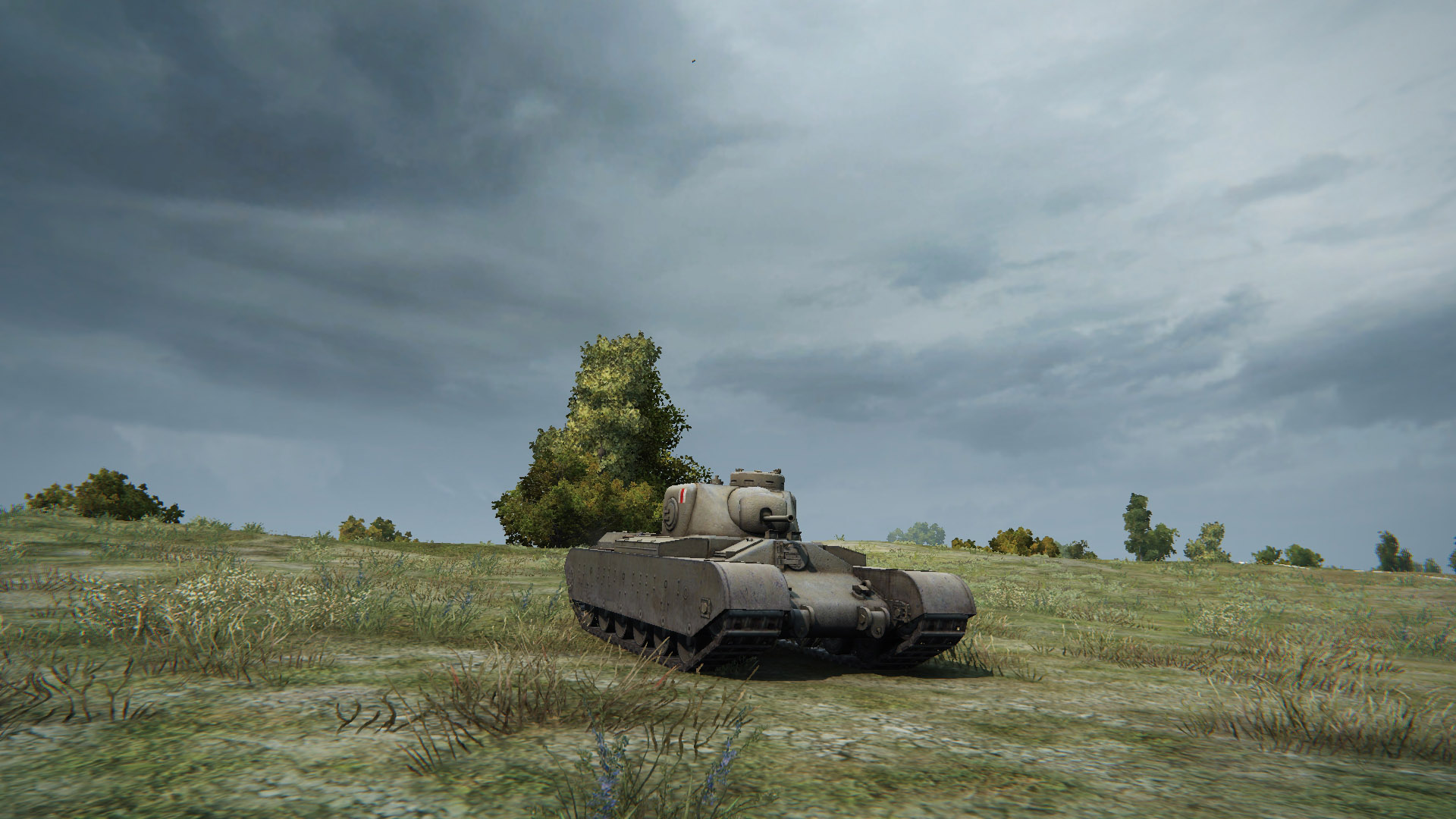 Welcome to Tank Tears, where we select two tanks of similar styles and tier levels, evaluate their statistics and attributes, and figure out which one is superior to the other. Entering the ring today is the British AT 2 and the French S35 CA. Both are Tier 5 Tank Destroyers that offer similar playstyles and attributes, but only one can be victorious. Let’s find out which one is the best!

The AT 2 was one of eighteen variants of the Tortoise Heavy Assault Tank designed by the British in 1944. Starting in 1943, the Nuffield Organisation designed 18 separate tanks designated AT 1 through to AT 18. While the AT 2 wasn’t chosen as one to be mass produced (that went to the AT 16), records of the designs exist and allow players to experience what would have been in World of Tanks.

It was decided that the AT 2 didn’t need a turret, instead, the main armament was to be attached to a fully enclosed superstructure. The AT 1’s turret was designed so it could mount a 75 mm gun or a 95 mm howitzer. In-game the AT 2 can one of three available guns, one of which is the 3.7-inch (94 mm) AT Howitzer.

Despite being a Tier 5 tank, the AT 2 has extremely versatile allowing it to successfully bounce the shots of some higher tier tanks. Keep in mind that there are still weak points and a keen enemy will be able to apply a lot of pressure – a difficult situation to counter given the AT 2’s horrendous agility.

The QF 6-pdr AT Gun Mark V allows the AT 2 to reach incredible amounts of damage-per-minute with high penetration and decent dispersion. The Mark V is a notable upgrade to the Mark III in terms of penetration values, but don’t expect improved aim times. When compared to the S35 CA, the aim time and accuracy are markedly superior on the AT 2.

Much like the Renault FT AC, the S35 CA is yet another French tank that never saw the light of day. Based on the SOMUA S35, the S35 CA would have been a tank destroyer that the British 76.2 mm 17-pounder gun. In World of Tanks, the 17-pounder comes as standard on the stock model, boasting double the damage of the stock version of the AT 2.

However, things begin to slow down as the rate of fire and reload times are taken into consideration. While the 17-pounder is able to deal more damage per shell, the overall damage-per-minute is lower. At stock value, the S35 CA is better with raw power output.

As for the upgraded version of the S35 CA, the 90 mm AC cannon or the 105 mm AC are both appealing options and offer more alpha damage than the AT 2. Though they lack the faster rate of fire and reload speed, a steady hand and patience will take be able to take advantage of the penetration values high damage to incapacitate enemies.

The S35 CA mightn’t be able to match the reload time, rate of fire, accuracy or even the aim time of the AT 2 but what it lacks here it makes up for in raw power and penetration. The AT 2 will have to fire multiple times in order to down an enemy, an option not always ideal for a Tank Destroyer facing higher-tiered opponents.

Firing more shots also means revealing your position and chancing having to relocate, a difficult procedure for the AT 2 that suffers from poor mobility. But, in the event it needs to move, the S35 CA will be able to do so quicker than the AT 2. Though both tanks rely heavily on teammates for backup and spotting, the S35 CA will be able to squeak ahead of the AT 2. What do you think of these results – do you think the AT 2 is a superior vehicle? Let me know what you think in the comments!