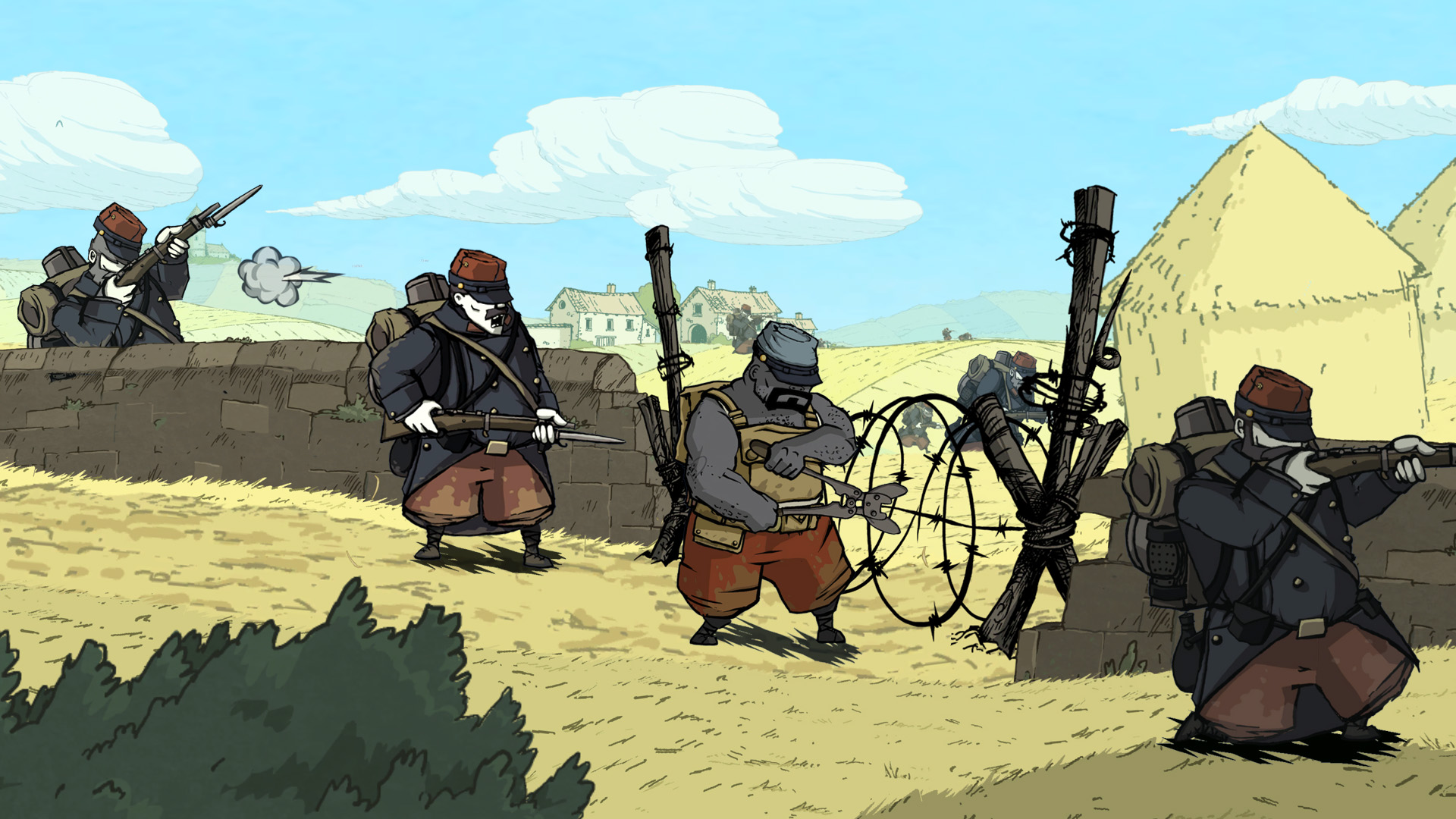 Don’t get me wrong—I love my family, and I enjoy visiting with them over the holidays. I also enjoy video games and diving into my backlog when I’ve got a week off. The question is, what do I enjoy more: spending time with family or playing video games? It’s probably best that I don’t answer that question directly, but you can probably guess based on the spirit of this list.

If you’re like me and can only take so much catching up with the in-laws, or anyone else who has invaded your house over the holidays, cover your ears with your favorite gaming headset, lock the door to your gamer cave, and dive into one of these five games!

We’re a website with World of Tanks at our heart, so if you didn’t see this suggestion coming, you’ve been hitting the eggnog a little hard. Not that there’s anything wrong with that. If you’ve never played World of Tanks, however, you can find a download button on our main page. This free-to-play game works on a tiered system, so new players will typically see competition that matches their skill. Additionally, players with thousands of battles can get a more hardcore experience by moving up the ladder. What should not be forgotten, though, is that you get to drive around in some historically accurate tanks, and blow the in-laws—I mean, the opposing team—to smithereens.

Suggesting Super Mario Run may seem odd, but there is a method to my madness. Super Mario Game is an iOS game that would probably be best enjoyed on your iPad due to the larger screen size. You can try this side-scrolling auto-running game for free, but after the first three levels, you’ll need to purchase the full version for $9.99.

Luckily, there are no in-app purchases, saving you from taking a sizeable hit to your wallet. Diving into Super Mario Run allows you to play games while you’re sitting in the same room as your family. Alternatively, you can try the advanced technique of convincing your family members to try Super Mario Run for themselves, giving you the chance to make your escape for a few moments of peace and quiet.

This War of Mine is for gamers seeking an emotional experience, and is compatible with just about any platform you have available, as the game can be played on PC, PS4, Xbox One, iOS, and Android. This War of Mine is a side-scrolling game that focuses on civilians trying to survive an armed conflict. Your goal is to survive the war, and to do so, you’ll have to upgrade your base, scavenge for goods, defend yourself, and possibly go against some of your morals.

This War of Mine is an emotionally heavy game, one that does a fantastic job of pushing players to do things that is beyond their comfort zone. Give this game a shot, and don’t be surprised if you put it on your list of all-time favorites when you’re done.

I’m trying to make sure that our core readers have options that appeal to them, while also providing suggestions for those who don’t enjoy World of Tanks. This is the case with Valiant Hearts: The Great War. World of Tanks players and military focused gamers will enjoy the World War I setting and story, while gamers in general will love the game’s side-scrolling puzzle platform approach.

Valiant Hearts: The Great War is a couple of years old now, but it’s one that you can beat in about six to eight hours, and keep with you for years to come. It’s the type of game that you play and enjoy, and tell tell your friends about in order to encourage them to try it as well. Kind of like I’m doing here.

Any time 7,000 plus Steam users agree that a game is very positive, you can be sure that you’re putting your money on something you’ll enjoy. Civilization VI will likely run you more than all our other game suggestions combined, but it’s widely considered to be one of the best games of 2016.

Anyone who plays this game will likely enjoy it, but it also brings a complex system of mechanics that is likely to appeal to anyone who enjoys World of Tanks. It’s a turn-based 4X game where you control a civilization, helping to shape its identity and, through social, science, or military means, help it become a dominant force in the global community. If it’s a bit outside your budget, look into Civilization V instead.

Now that you know what you should be playing, let us help you out by giving you some last minute gift ideas for the World of Tanks player in your life. If they shopping is all done, you can try these snack ideas to get you through your holiday gaming instead.