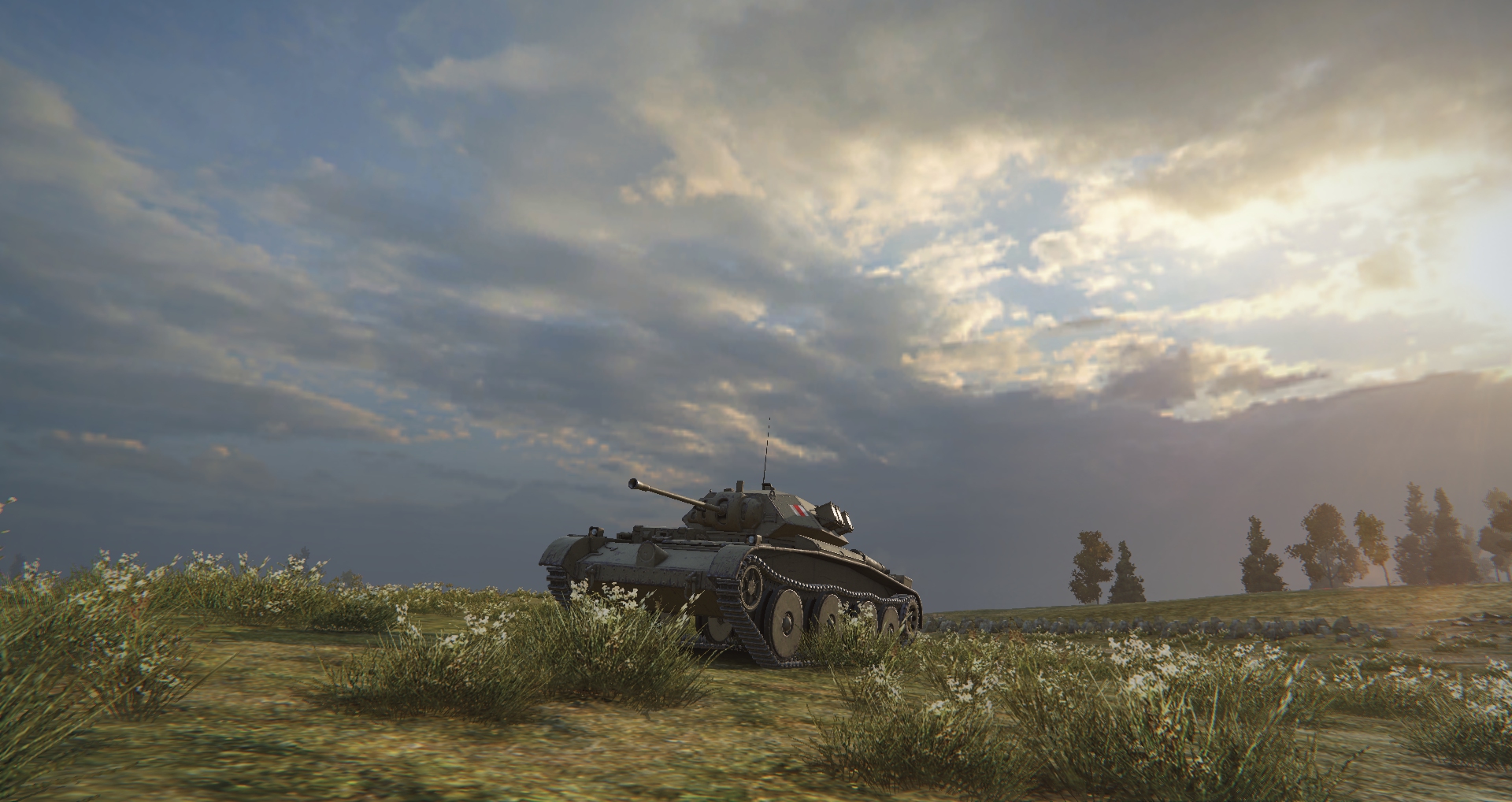 A new government policy in Britain dictated that companies unfamiliar with tank production should develop the necessary skills in preparation for war. Thus, the Midland and Scottish Railway, a company wholly unfamiliar with tank design and production, was responsible for all aspects of the Cruiser Mark V, the only cruiser to be given a name. Its name was to be the A13 Covenanter.

In 1938, the War Office of Britain issued requests for a replacement of the Cruiser Mark IV. The idea was to create a heavier version of the cruiser tank so as to prepare for whatever Germany had to offer. Original designs of the Cruiser Mk V, the A16, and were too expensive so the cheaper (and lighter) A13 was selected.

The specifications of the A13 model required a QF 2 pounder gun and the Christie suspension. As for the A13’s armor, it had to meet the armor standards of 30mm plating, except in the occurrence of sloped armor, where it could be thinner but must be as effective as the 30mm vertical armor. Unfortunately, Britain wasn’t to know that this would be insufficient at dealing with German tanks during the war.

The in-game version of the Covenanter exceeds these armor rates, with some areas of the turret approaching 40mm while the hull reaches the 40mm at the front. The weakest part of the Covenanter is the sides of the turret, so special care must be taken when an enemy approaches from the side. The Covenanter has strikingly similar stats to the Japanese Type 5 Ke-Ho, though they both must be played in slightly different ways.

As for the weaponry, the Covenanter has a wide selection of guns to choose from with the OQF 3-inch Howitzer Mk I offering some of the highest damage at the cost of penetration. Unfortunately, the Howitzer does have a slow shell speed, making it challenging to hit fast moving targets at range. The Bofors offers an appealing alternative, though the grind through the Pom-Pom is troublesome.

As for the active service, the Covenanter didn’t see much use outside of the British Isles, the exception to this were a few trial vehicles shipped overseas. The Covenanter was used to re-equip the British 1st Armoured Division after the Fall of France where the Division had lost a significant amount of its tanks. When the Division was sent to Egypt, the Covenanters were transferred to the 9th Division.

The reason for this transfer was that, despite the specific requirements, the Covenanter had engine cooling problems that made it unfit for use in the North African Campaigns. These heating problems originated from the engine being situated at the rear of the vehicle while the radiators were at the front. This meant that the heat passed through the fighting compartment. Almost coincidentally, one of the best equipment purchases for the in-game version of the Covenanter is the Improved Ventilation system.

Toward the end of 1943, the Covenanter was labeled as too poorly armored to adequately deal with Germany’s new tanks. Due to this lack of defense, the Covenanter was branded as obsolete and couldn’t be upgraded without significant changes to the designs—a costly venture too late into the war.