Get Ready for the First Annual IO Indies Awards

Learn which indie titles came out on top during The 2016 IO Indies Awards. 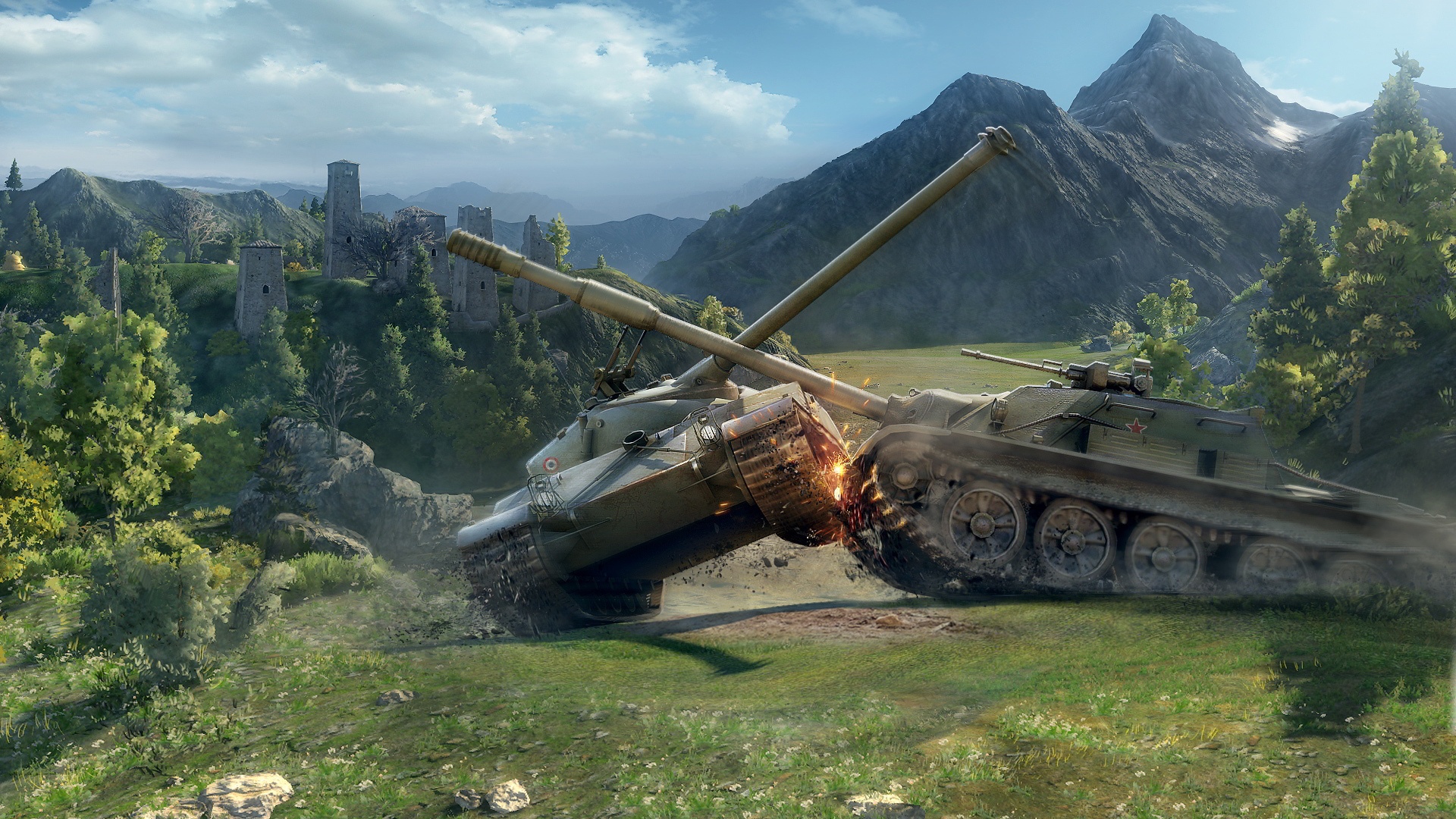 Tip of the Week - When to Give a Friendly Push

Find out which nominee won the category for best indie VR game.

There comes a time in every World of Tanks player’s life where they experience an ally push their tank from behind. While these players may sometimes have malicious intentions when pushing an ally, this can also be done as a friendly gesture to help their teammate’s mobility. For this week’s World of Tanks tip, we’re going to discuss when you should consider giving a friendly push to allies, and when to keep your distance.

Friendly pushes from allies occur when a slower player wants to move slightly faster, usually up a steep hill or incline, to get into position more quickly at the start of a match. The hill on the Himmelsdorf map is a good example of where pushing can come in handy. Rather than having the faster player wait for their backup to arrive, this friendly gesture can allow both players to reach the frontlines of battle together.

The player who is pushing should have a powerful enough engine to push their teammate without both of them losing too much speed. Medium tanks are generally the best in this regard, while Heavy tanks are often the ones being pushed so that they can quickly get into position.

However, the effectiveness of pushing is situational and depends on the two tanks involved. A hefty tank like the TOG is just too heavy to gain a noticeable difference in speed from being pushed. In a case like this, it would be much more helpful for the smaller tank to just move ahead to spot enemies for the TOG instead.

As a courtesy, you should always ask a teammate ahead of time if they want to be pushed before doing it. It’s better to know that a teammate wants a push than to assume they do. Some players don’t want their aim nudged out of place, while others don’t want to risk being punished for accidental team damage.

Avoid rolling into a teammate too hard when trying to push them, as this can damage either of your tanks, potentially earning one of you a ban for friendly team damage. If a teammate requests a push, consider whether you are the best tank for the job before rear-ending them.

It’s also important to know when to stop pushing someone. You should stop pushing an ally once they get close enough to the to handle the rest on their own. If an enemy is spotted ahead, forego the pushing altogether and proceed with caution. Also, pay attention to the tank being pushed.

If you see them shoot the ground around them or turn their turret around towards you while you’re pushing, they are basically telling you to back off. Once you’ve finished pushing an ally, make sure to move away and give them enough space to reverse if needed.

Another point to keep in mind is that you should never push a teammate out from behind cover. Not only is this behavior super annoying, it’s also a reportable offense. Unless someone asks, you really shouldn’t be pushing anyone once you are well past the beginning of a match anyway.

The only other circumstance where it is acceptable to push a teammate is when you’re trying to help correct an ally who flipped their tank, but this still runs the risk of one of you getting punished for team damage.

We hope this week’s tip helped you to understand when it’s acceptable to push teammates in World of Tanks. If you’re looking for more ways to improve at World of Tanks, check out our previous tips on how side-scraping works and how to immobilize opponents through tracking.