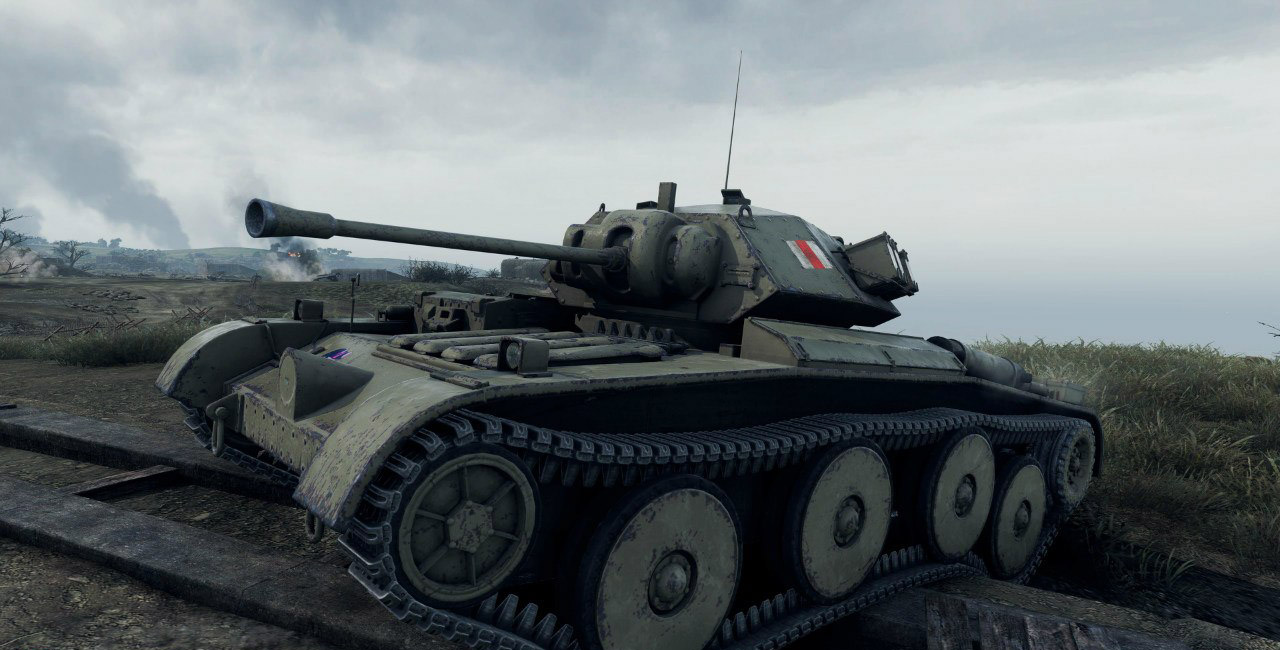 Welcome to Tank Tears, where we select two tanks of similar styles and tier levels, evaluate their statistics and attributes, and figure out which one is superior to the other. Entering the ring today is the Type 5 Ke-Ho from Japan and the Covenanter from Britain. Both of these light tanks offer appealing stats, but only one can win. Let’s find out which one is the best!

Named after a Scottish religious faction, the Covenanter was the British answer for a heavier cruiser tank to replace the Cruiser IV. Before any prototypes had been manufactured, a hundred units had already been ordered with the final units delivered by the end of the war reaching over 1,700.

In World of Tanks, the Covenanter is a Tier 4 British light tank that boasts a large selection of armaments well-suited for its flanking playstyle. Due to its poor values (despite being better than the Type 5 Ke-Ho) the Covenanter struggles engagements, but with sloped frontal , it will be able to survive marginally more shots as long as it is angled correctly.

As for the armaments on the Covenanter, it boasts 4 guns with consistent damage save for the 40 mm Pom-Pom which should be skipped over unless grinding for the Bofors. The Pom-Pom is underwhelming when compared to the Howitzer or the 2-pounder. While the penetration values of the Pom-Pom are marginally higher, its damage and rate-of-fire are lacking, resulting in a lower DPM.

Unfortunately, much like the Renault FT AC, the Japanese Type 5 Ke-Ho never saw full service or production with only a single prototype manufactured. The Type 5 Ke-Ho was supposed to be a new light tank for Japan, acting as an upgrade to the Type 95 Ha-Go which had performed well against China's vehicles and the United States' tanks.

While the Ke-Ho never saw any action during World War 2, it is a tank that sees plenty of battles in World of Tanks. The real-life plans for the Ke-Ho had it equipped with a Type 1 47 mm gun and enough horsepower to reach a top speed of 50 km/p. These features are present in the in-game version of the tank.

The Experimental 57 mm Tank Gun Shin is slightly better than the 47 mm and worth upgrading to in order to increase its damage output and penetration values. Despite having a lower rate-of-fire compared to the Covenanter, 5 offers a higher alpha damage, making up for the difference in firing speeds.

Where the Covenanter struggles with its non-lateral agility, the Ke-Ho is far more mobile and able to make use of tighter cornering. Despite having less , the Ke-Ho is still able to sustain slight amounts of fire, but should never be used as a bully. Instead, take advantage of 5’s mobility.

A better use of the -Ho is to get into a flanking position while an enemy is distracted with another target. Alternatively, use of 5’s small profile, excellent camouflage and gun depression stats make it ideal shooting from above enemies or over rises.

While both the Covenanter and the Type 5 Ke-Ho struggle with their values, the winner has to be the Type 5 Ke-Ho thanks to its agility and its damage output. The Experimental gun on 5 will see you winning many engagements when you are able to get the jump on the enemies. While the Covenanter does have higher alpha damage, the lack of penetration and the slow rate-of-fire will see it losing more engagements when it comes down to DPM. What do you think of the results, do you think the Type 5 Ke-Ho should have won? Let us know in the comments.