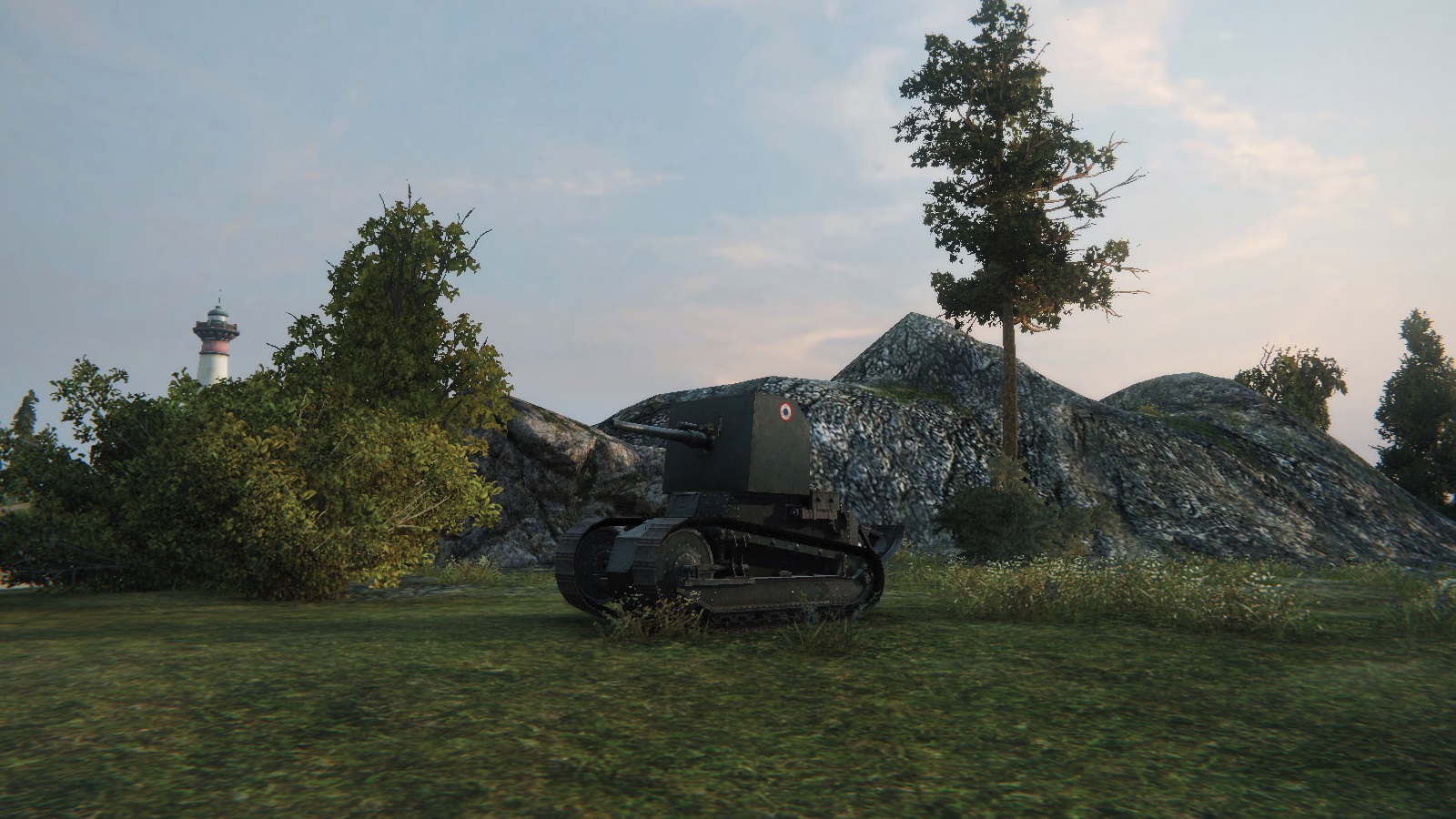 France was caught by surprise when Germany invaded Poland in 1939. With little time to prepare armor, the French, reeling from this act of aggression, quickly searched for options on how to combat the German armor. What followed was an attempt to salvage leftover armor from World War I.

In actuality, the Renault FT AC never actually came to fruition and remained as little more than a draft by the French. However, the original plans were to repurpose and upgrade the stockpile of Renault FT tanks to combat the new wave of German Panzer divisions.

The Renault FT AC was to use a 25mm or 40mm gun in an attempt to turn these formerly obsolete vehicles into anti-tank weapons. Unfortunately, this ingenuity never became a reality, and the majority of the FT stockpile from WW1 were used in whatever manner the French deemed necessary.

In World War I, the Renault FT was revolutionary for its time, having introduced a fully rotating turret. This became standard amongst all future designs for armored vehicles, but unfortunately, this revolutionary standing was short-lived.

The Renault FT was a popular tank for its time and one which was eventually sold to the Japanese. Additionally, it's a tank that we previously covered in Tank Tears.

After the defeat of France, the German’s seized as many as 1,700 of the remaining FTs and put them to use in their own army. While the FT might not have been a powerhouse of a tank compared to the armor available then, it was still put to work guarding airfields and even used as snow plows.

It is unfortunate that the Renault FT AC did not come to fruition, as its inclusion in World of Tanks is somewhat acceptable. Though the FT AC does pale when compared to the Panzerjager I (one of the first tanks worth purchasing), it does boast an array of armaments to suit multiple situations.

As one of the final upgrades available, the 25mm automatique mle. 1936 offers an incredibly rapid rate of fire with a dispersion rating slightly worse than the previous gun. Despite this, the 1936 gun is an excellent replacement weapon.

As for the Renault FT AC’s capabilities of being a tank destroyer, it struggles with ranged combat thanks to the gun penetration dropping over distances. However, it cannot fight in close-quarters as its armor values are appalling. This leaves the FT AC in a slightly gray area where it cannot get close but lacks the extreme ranges required of snipers.

Thankfully, it boasts a good view range, decent camouflage, and excellent gun depression. By using these three positives in conjunction, tankers who sit on top of a hill, in a bush, at range, will have a better time using the FT AC.

While the Renault FT AC was never manufactured and never had the opportunity to fight against the German forces in World War II, it has nevertheless been brought to life through World of Tanks. History aficionados who relish the opportunity of piloting such a piece of armored tech will no doubt enjoy what would have been a strike of ingenuity and resourcefulness from the French in the face of such a tremendous threat. Unfortunately, the Renault FT AC could not live up to the revolutionary status of its predecessor, the Renault FT.