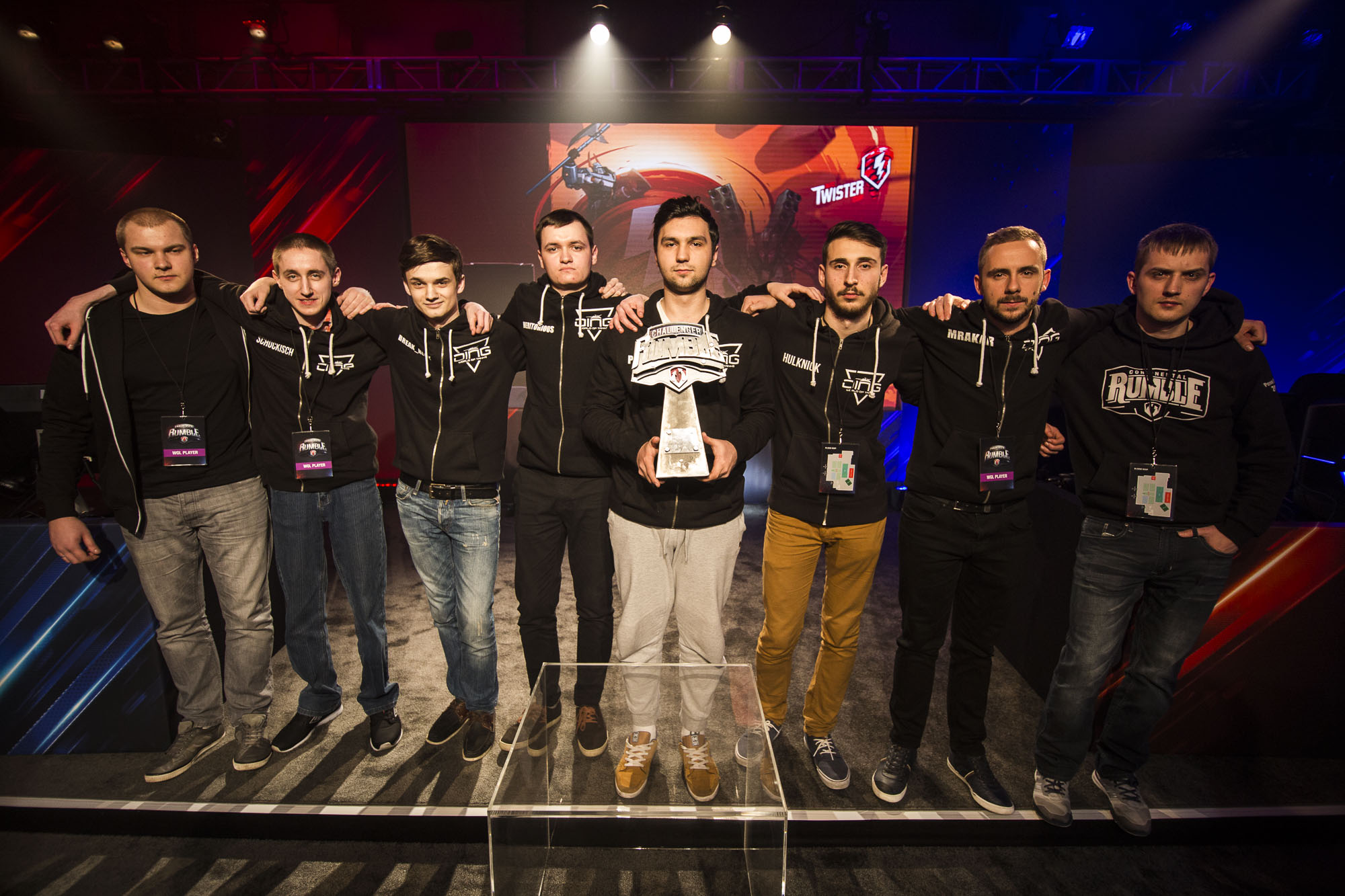 The WGL Champions Rumble is upon us! Fans from around the globe can look forward to watching some of the best competitive World of Tanks players battle it out this weekend during the WGL Champions Rumble in Russia. Here’s everything you need to know about the epic event on Saturday, including where to watch the action from home.

The WGL Champions Rumble takes place at the Expocenter in Moscow on Saturday, December 17th. The two European teams who emerged victorious during the Challenger Rumble, DiNG and Kru, will move on to the Champions Rumble to face off against Tornado Energy, and the current World Champions, Na’Vi.

Who are the Teams?

The Champions Rumble features four of the best World of Tanks teams from around the world. Each team fought hard to get to this point, and surely we are in for some entertaining battles come Saturday.

Natus Vincere (Na’Vi) - Though they are The Grand Finals 2016 winners and two-time world champions, Na'Vi must still come prepared to face some fierce competitors this weekend.

Tornado Energy - Previously known as Hellraisers, Tornado Energy former World Champions from 2015 who qualified for the Champions Rumble by being finalists in the Grand Finals and Season 1 Finals earlier this year.

DiNG - DiNG is one of the best European teams around, reigning undefeated throughout this competitive season. They emerged as the winning team during the Challenger Rumble in New York, securing their spot the Champions Rumble along with Kru.

Kru - Kru also earned their ticket to this event during the Challenger Rumble last month, where they reached the finals and came in second to their EU colleagues, DiNG. We’ll see both of these European teams battle it out once again this weekend.

Where to Watch the Champions Rumble

Luckily, those of us who couldn’t book a trip to Russia can watch the event from the comfort of our couches and gaming chairs instead. The entire event will be on the Wargaming League Live page via Twitch.

Matches begin at 10:30 am CET, with the first match featuring Na’Vi vs Kru. Match two consists of DiNG vs Tornado and is scheduled for a short time later at 1:00 pm CET. Winners from these first two matches will move on to battle one another in the final match.

What are the Prizes?

The Champions Rumble features a total prize pool of $160,000. All four teams participating in the event will take home a portion of the prize pool, which will be distributed amongst each team member. Here’s how the prizes break down:

We’re expecting some interesting matches during the Champions Rumble, so be sure to tune-in to the and join in on the excitement. Check out some of the best moments from the Challenger Rumble to get yourself hyped for the festivities this weekend.