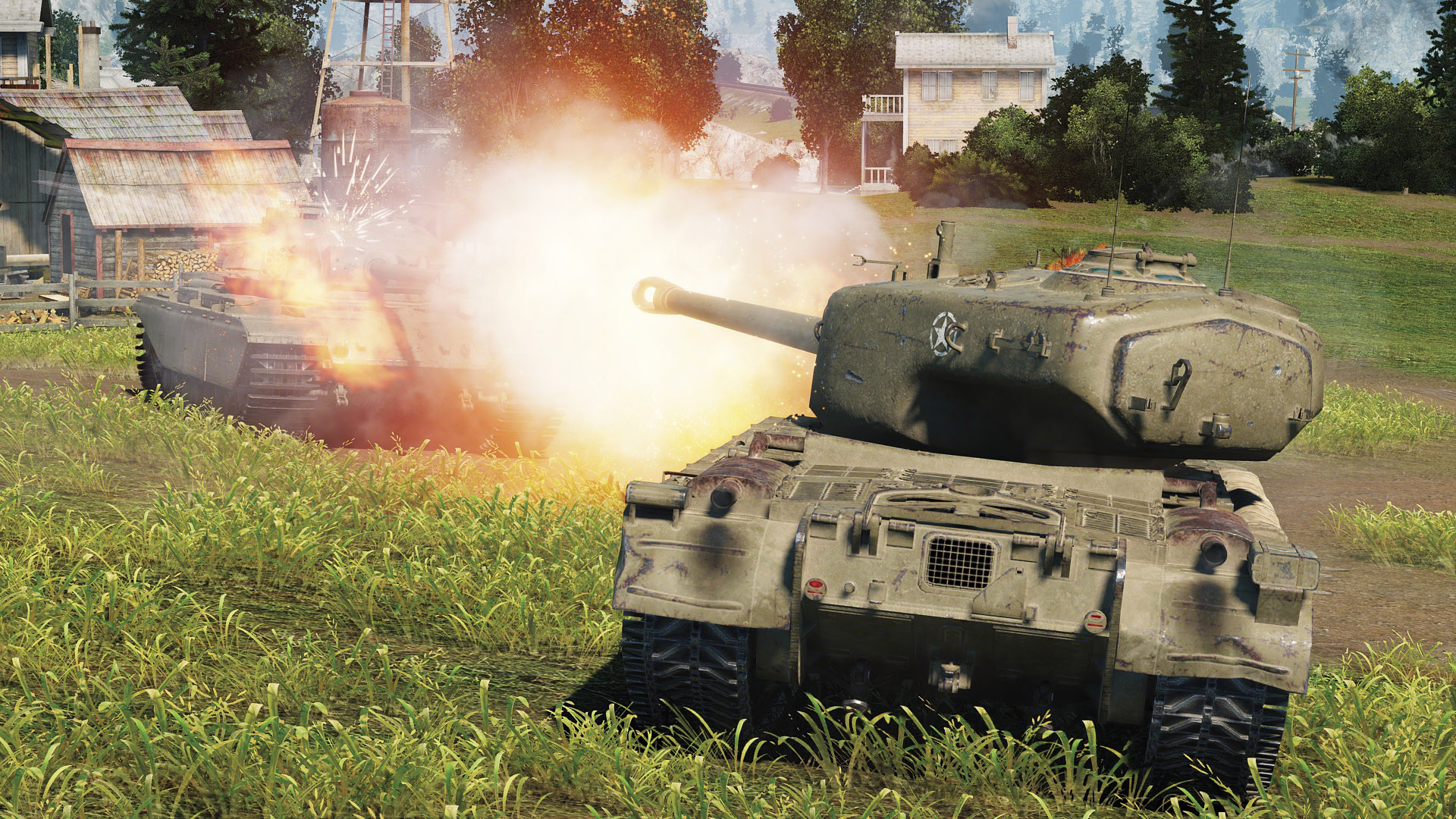 Starting off our list of the best Premium tanks in World of Tanks is one of the lowest tiered Premium tanks available and a place worth starting if you're looking to try out Premium tanks. The T2 Light is a USA Tier 2 of the Light tank variety, making it a remarkably nimble vehicle. Unfortunately, it lacks and a decent gun, so the best strategy when using this Premium tank is to keep moving and scouting!

For a lot of people, Tier 3 is where the game can become a bit difficult to manage, but thankfully there are a few Premium tanks worth looking into to help level crews for the later tiers. One such Premium tank is the T-127, a U.S.S.R Light tank that boasts decent speed, especially considering the amount of it has. If the BT-7 was an appealing tank to play, the T-127 offers more than the BT-7 and the chance to earn more credits. Another positive of the T-127 is it won't be matched up against Tier 5 tanks - but it should still be cautious around Tier 4 opponents.

Bumping up into Tier 5 is the Churchill III, a Heavy tank from the Soviet Union and one of the best Premium tanks in World of Tanks. The Churchill III has a high rate of fire gun that reloads quickly. This is needed, as the tank doesn’t have a lot of damage or penetration, requiring a lot of shells to get a kill. Thankfully, the Churchill is excellent at earning Experience and Credits, so using it as a Crew Training is a good idea. Check out our guide on how to train and transfer crews.

Creeping up to Tier 6 is another one of the best Premium tanks in World of Tanks, the Dicker Max. The Dicker Max is a German Tank Destroyer that an excellent view range and decent alpha damage. It should be played from the sideline and from behind cover or bushes, as it lacks any amount of noteworthy . Despite this, the Dicker Max is excellent at making Silver, just keep it at and perhaps even consider slapping the Camouflage Net Equipment on it to help boost its sneakiness.

Now we’re getting serious; Tier 8 is where the game really begins to shift into another kind of beast. New players should tread lightly, as you will, typically, face opponents who are well-versed in tank combat. As such, these tanks are better for players who have already had experience playing in Tier 8 matches. Nevertheless, the FCM 50 t is one of the best Premium tanks in World of Tanks for players looking to farm credits and level up French crews. It also offers preferential matchmaking, meaning no Tier 10 battles! Take advantage of the FCM 50 large tracks and decent mobility to avoid enemy fire or have the tracks absorb most of the damage. Though it does suffer from sub-par gun depression, you can still take advantage of what gun depression there is to mount yourself above enemy positions.

If you’ve made it into the Tier 8 games, you deserve to give yourself a reward. Splash out and spend the 12,000 Gold on the T34, an American Tier 8 Heavy tank that hits like no other Tier 8. Just make sure you line up and take the shots you know you’ll hit, you’ll be punished by the reload time. Additionally, make sure you know how to angle your tank in order to take advantage of the decent turret  - and remember to down!

Finally, the IS-6 rounds off this list of best Premium tanks in World of Tanks, and rightly so, as this tank is often cited as a fan-favorite. What makes this Tier 8 Soviet Heavy tank so rewarding to play is its astounding damage-per-minute, its alpha damage, along with its mobility. It also has decent matchmaking, meaning you’re not going to see any Tier 10 battles. The IS-6 is just a well-rounded and enjoyable Premium tank to play.

Premium tanks are the bread and butter of almost every tanker. They’re downright fun to play and an excellent means of farming credits and experience for crews. While they’re not more powerful than other tanks, they still perform well in their intended roles. Let us know in the comments what tank you think belongs on this list of best Premium tanks in World of Tanks!