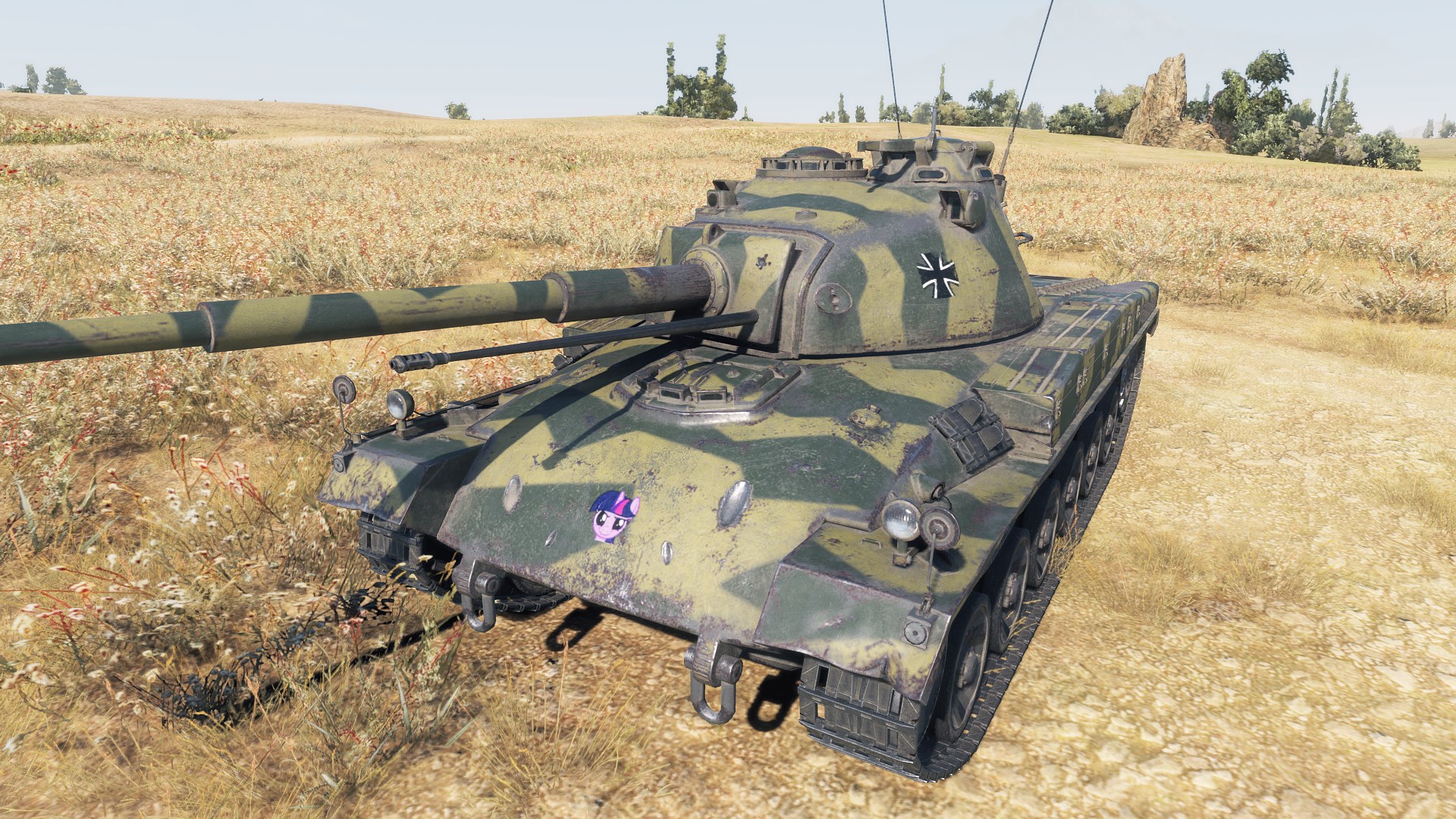 When you decide to tell gravity “not today.”

Wargaming is continuing its series of new “Shadow” variant Premium tanks (which are basically just pre-existing tanks adorned with a special black camo) with a Shadow variant of the German Schwartzpanzer 58.

Also known as the Panzer 58 Mutz or the “White Bear,” the Schwartzpanzer 58 is a solid tier VIII tank which comes equipped with a high overall speed and excellent accuracy, making it a very annoying tank to fight against when piloted by an expert. Much like the previously offered IS-6 and T34 Shadow bundles, players who already own the standard Panzer 58 Mutz can purchase the Shadow variant at a 50 percent discount. That discount is also folded into the below bundle which includes both the Panzer 58 Mutz and its Shadow variant.