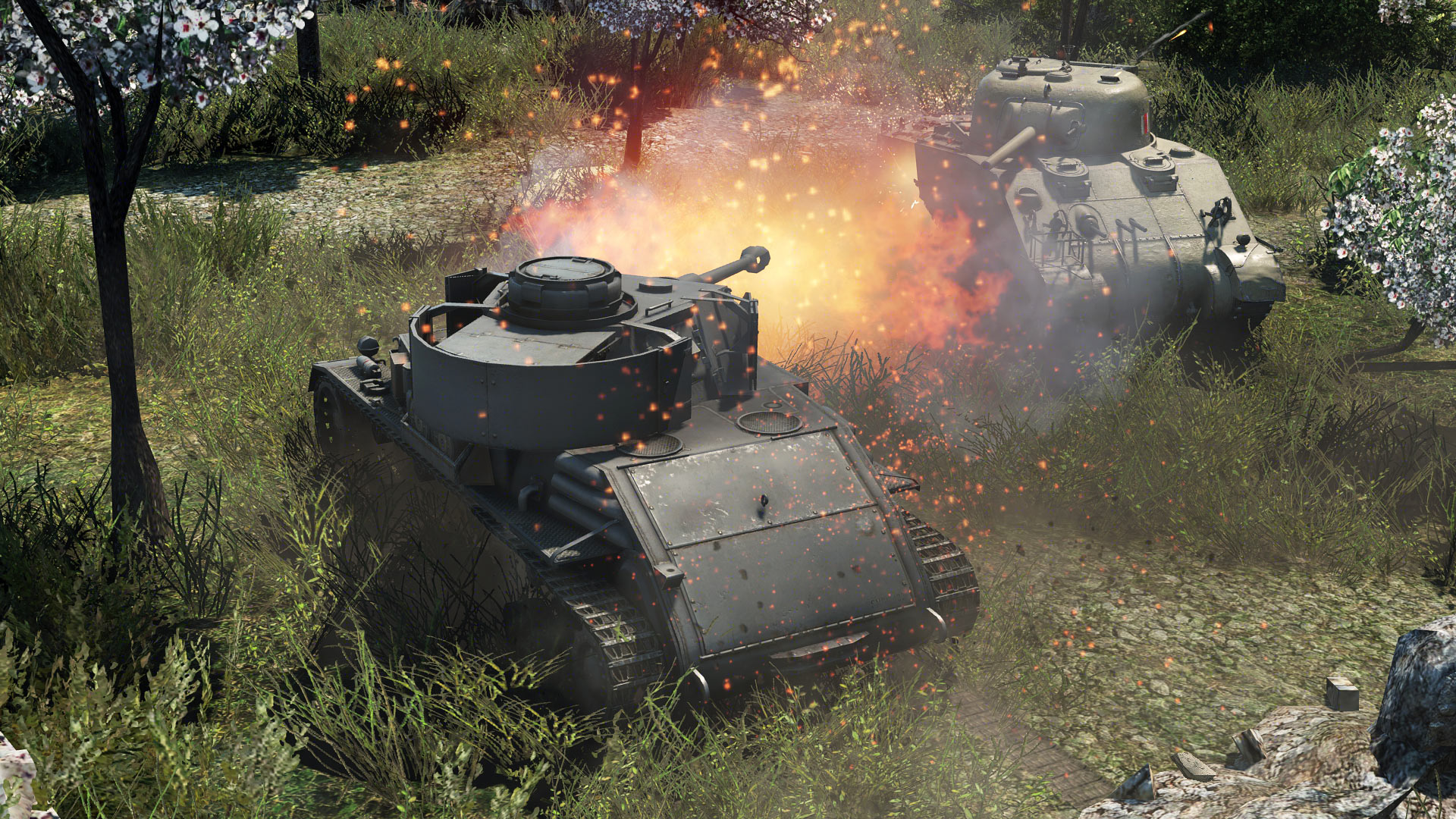 7 Terms That Confuse New Players in World of Tanks

The World of Tanks community has accumulated a variety of colorful slang terms over the years. If you've ever been confusingly called a “tomato” or didn’t know what another player meant by getting one-shotted by a “derp gun”, then chances are you are new to World of Tanks and need a quick lesson in the community tanker lingo.

New players will often hit up the forums to figure out what certain terms and phrases mean. We’ve decided to save new players some work by gathering a few of the more confusing slang terms used among the World of Tanks community and offering a brief explanation of each. These terms are often seen on the forums, subreddit, and even on the in-game chat. We’ve cherry-picked a few of our favorite commonly-used slang terms below to help clear the air for new players.

Derp guns are usually high-caliber guns that deal a ton of damage, have a low rate of fire, and often have low accuracy. The 152mm gun on the KV-2 is one example. Derp guns are also usually howitzers mounted on non-arty tanks that utilize powerful HE shells with low penetration, often one-shotting opponents of the same tier. These guns prove to be effective even in the hands of relatively unskilled players, which is how this nickname arose.

Tomato is a term used to describe seemingly unskilled players. More specifically, a tomato is a player who has less than a 46% win rate or a low WN8 rating. The term arose from the use of a mod called XVM, which displays players as certain colors based on their game stats. Players who have low stat ratings will appear as red, hence the nickname “tomato”.  If you want to improve at the game and avoid reaching tomato status, you should look over our simple guidelines for how not to be a tomato in World of Tanks.

This one is a bit more literal. Face-hugging occurs when one tank battles another tank at point blank range. The fronts of both tanks are pressed up against one another, so their faces are essentially hugging. This is often done to prevent an opponent from shooting at your hull, but this can backfire as they may still be able to shoot your turret. Plus, it leaves the face-huggers vulnerable to shots from other players.

Peek-a-boom refers to peeking around a corner to shoot an opponent, and then backing up immediately to retreat behind the corner for cover. The term is as it sounds: peeking and booming. In practice, peek-a-booming resembles a sort of tank dance that two contenders will do around the corner from one another. It’s usually a good idea to retreat behind cover after firing, so this is one tactic that new players should get used to doing in World of Tanks.

A lemming train occurs when 90 percent of your team heads off in one direction at the start of a match, usually grouping up in a single spot just to get quickly eliminated by the enemy team. The phrase “lemming train” highlights the importance of having an even distribution of players throughout a map. If you notice your team forming a lemming train at the beginning of a match, urge them to disperse in different directions while doing so yourself.

A wolfpack is a group of tanks that consist of a combination of medium tanks, mobile heavy tanks, and high-powered light tanks. Players in these groups traverse the map together, using their speed and mobility to flank opponents as a small unit, or wolfpack. Wolfpacks are good ways for players to support one another while effectively taking out swaths of enemies.

We’ll eventually have a full glossary of tanker terminology available, but for now this should work as a simple reference for common slang heard throughout the World of Tanks community.