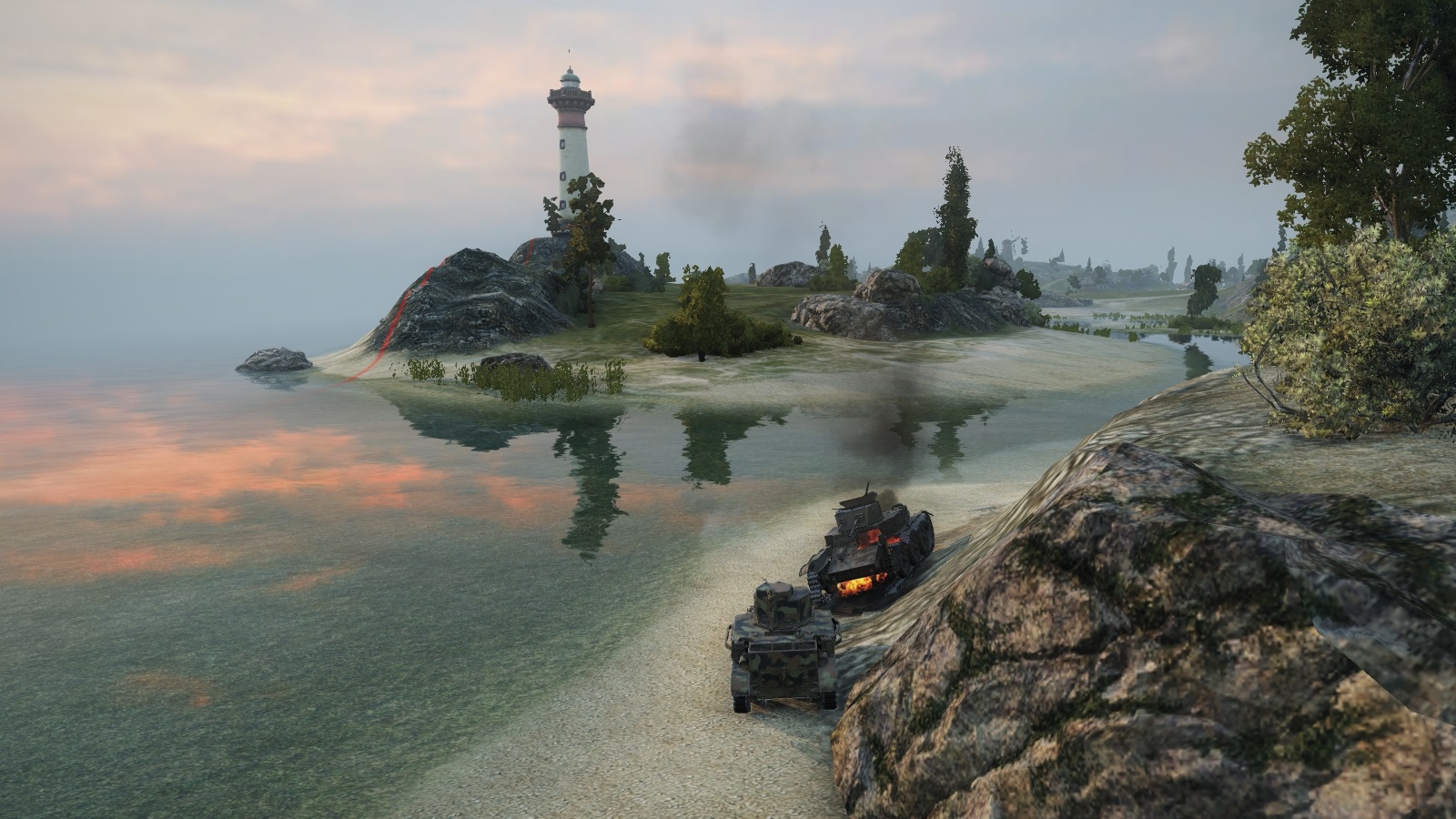 is a medium-sized map in World of Tanks that is suitable for both close-quarters and long-range combat. This map is often encountered at the lower but has occasionally been the stage for some epic encounters as well. Its dynamic terrain encourages preparation and strategic maneuvering.

The key to victory on Mines comes down to having proper positioning and having an even team presence throughout the map. Let’s go over the sections of the map and how to control these key locations.

There are three main sections on Mines where most major battles will take place: the hill in the center, the small town in the canyon to the east, and the lighthouse island to the west. Ideally, you should have several team members in each of these locations in order to prevent opponents from sneaking through to your base.

Ideally, you should have several team members in each of these locations in order to prevent opponents from sneaking through to your base.

Artillery on both teams should typically hang back near their team’s base using either the rocky hillside on the or structures along the J-line for cover. Nearly everyone else should plan to disperse to one of the three key locations.

Battle for the Hill

The flat hilltop in the center is where the namesake mine is located, and it's also one of the first places many players go at the start of a match. When your Mines match begins, you may want to hang back for a moment to see how your team spreads out, but don’t wait too long as part of your strategy on Mines should be to get into position quickly.

Players who want to secure the hilltop will immediately rush up the hill along the 4 and 5 lines, so make sure you’ve got a fast tank ready if you plan to head there yourself.

Upon reaching the hill, your options are to either post up along the 6 line on the flat hilltop, or sit back behind the rocks around E5 to prevent opponents from reaching the hilltop themselves. Whichever team controls the flat hilltop usually gains the upper hand, as they will be able to overlook the enemy spawn side to pick off SPGs and other stationary opponents near the base, with plenty of cover to keep them safe while doing so.

The sloped terrain offers plenty of opportunities to peek-a-boom depending on what you use for cover. Also, players who sit along the edge between D4 and F4 can often spot and shoot opponents making their way across the water towards the islands. The hill is often a good place for scouts to go, as they can spot opponents approaching from multiple directions.

There are two islands on the west side of the Mines map. The main island features a large lighthouse and plenty of rocks to take cover behind. There is a smaller island to the south where snipers and artillery from the southern spawn will choose to post up.

The lighthouse island is a good place for tank destroyers or snipers to go, as the view from the elevated island offers long lines of sight that overlook the waterfront in the direction of both bases.

Since the lighthouse island is significantly closer to the northern base, players who start at the top spawn can usually control this area very quickly. Players approaching from the southern spawn must travel further and cross shallow waters to reach the island, which can slow them down and leave them vulnerable to enemies who have already reached the island.

If you reach the island from the north, take cover behind the rocks along E2 and F2 and watch out for snipers positioned at H1 on the adjacent island or even tucked away near K4.

The team that spawns in the south should have a tank positioned behind cover at H1 and H2 to spot opponents at the lighthouse island or who are crossing the water. Another player at G4 can provide cover fire as well while also keeping an eye on the hillside.

The third area is a small town tucked away in the canyon at the base of the hill to the east. There are multiple structures to use for cover, along with many opportunities for close-range brawls. If you plan to dash through the town, be sure to do so in a tank that has good mobility, such as a Light Tank.

This will allow you to zip through the area, using the buildings as cover. Watch out for players who may spot you from the hillside, as they may already be in position before you can get situated within the town.

Use this to your advantage by moving along the 7-line and watch out for opponents who may be waiting near E7 or within the town itself. The other option is to make a wide swing around the far east side of the town, using the canyon walls to protect your flanks, but keep in mind that this route may take you longer to get into position.

Now that you know the ins-and-outs of Mines, you will be able to secure one of the aforementioned positions more effectively. If you want to learn more about the lower tiered World of Tanks maps, head over to our Tank Battlegrounds features on Mittengard and Himmelsdorf.