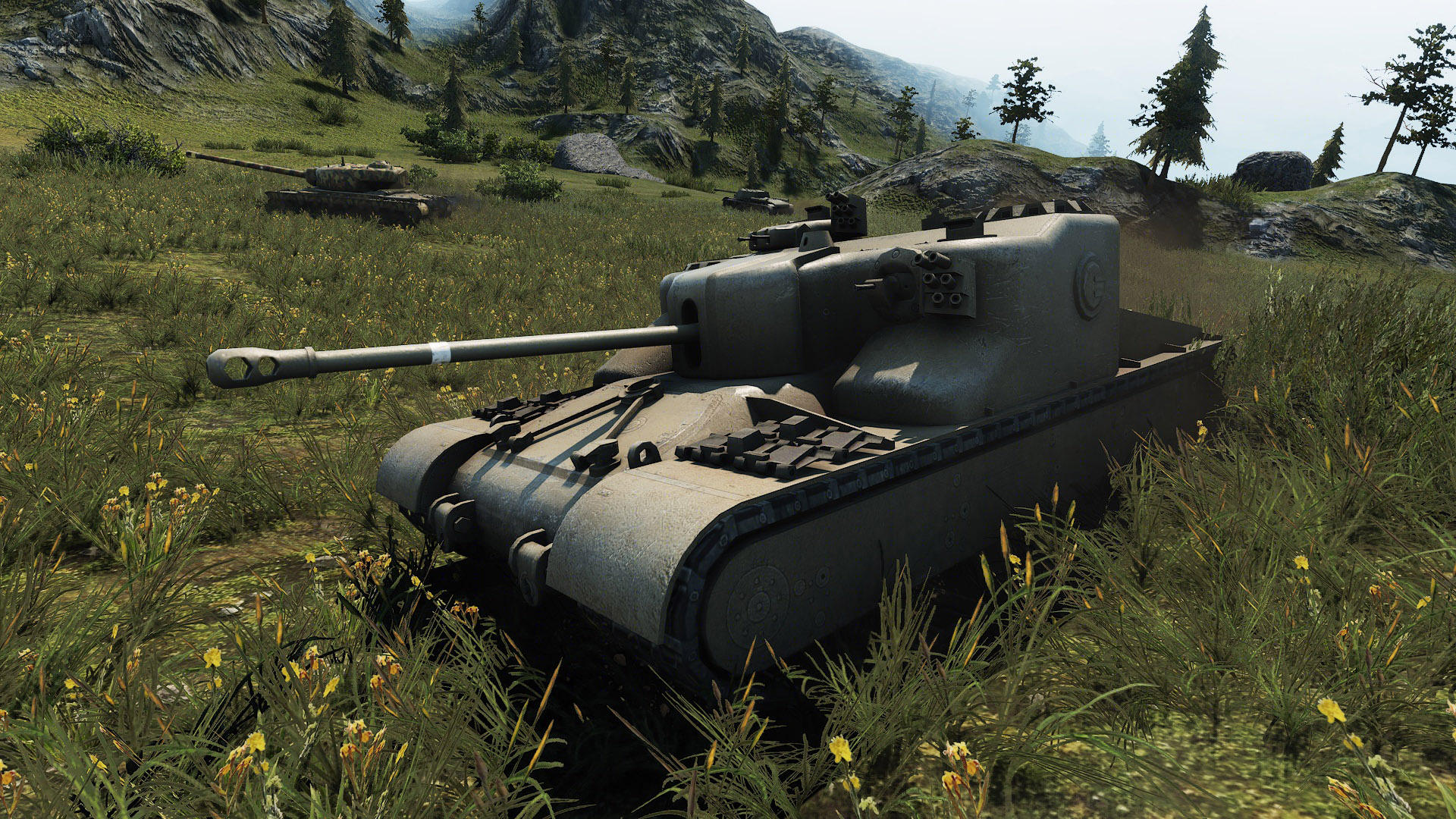 Here at Tank War Room, we enjoy getting acquainted with people within the World of Tanks community and talking with them about their lives, their passions, and their love of tanks. We got the chance to chat with Craig Moore, more commonly known online as Tank Hunter, and his passion for military history. Read on to find out more about this devoted member of the World of Tanks community.

Hey Craig, firstly, can tell us a little about yourself?

My name's Craig Moore, and I'm a writer and editor for tanks-encyclopedia.com. I also run tank-hunter.com, a guide to where you can find surviving WW1 and WW2 tanks. My family has served in many wars over the years, this spurred on my interest in military history. In 2010, I retired from London’s Metropolitan Police after 30 years of service and now I live in south-west London with my family. But I regularly travel around the world visiting tank museums.

Your interest in military history is evident in your work. Can you tell us a bit about Tanks-Encyclopedia.com?

Tanks-Encyclopedia.com is working towards becoming the ultimate reference resource for those interested in tanks from WW1 to today. It is a non-profit website. The money raised from adverts goes towards paying the costs of hosting the website. Our writers and editors are volunteers and come from all over the world.

Where did the idea of Tanks-Encyclopedia come from?

The founder, David Bocquelet, works in IT and has good Photoshop skills. He produces all the great illustrations. He set up the website as an exercise in search engine optimisation (SEO) but as it became more popular the website just continued to grow and grow in size.

You also work on your own site, Tank-Hunter.com. What’s it all about?

Tank-Hunter.com is a guide to finding surviving WW1 and WW2 tanks. Whilst planning a family holiday to the Belgium Ardennes, I found it very hard to find out information on where to see surviving WW2 tanks from the Battle of the Bulge. When I returned, I decided to start the Tank-Hunter.com website to help other people find them. I also decided to include tanks on display at various museums as well as war memorials. There’s a big section on the tanks that can be found in Normandy.

You attribute your family's involvement in wars to your interest in military history. Can you tell us more about this family history and your passion for tanks?

I have had an interest in military history since childhood. Eight of my close relatives joined the military: two fought in World War One and six in World War Two. My Great Grandfather died during the Battle of the Somme in 1916 and an uncle was killed in North Africa in 1942. One of my other uncles lost a leg when his Sherman tank was hit during Operation Totalize in Normandy in 1944.

My interest in artillery self-propelled guns originates from the fact that my Grandfather served in the Heavy Battery of the Royal Garrison Artillery during World War One and my father’s eldest brother joined the 66 Anti-Tank Regiment, Royal Artillery (66 ATK Regt RA) during World War Two and landed on the beaches of Normandy in 1944.

That’s quite a family history of military involvement! While you work a lot with older tanks, do you have an interest in modern-day tanks?

My main interest is WW1 to Korean War tanks. I am learning more about modern tanks each year. I recently wrote an article on the new British Army Ajax tank. This year, I have had the opportunity to go inside a Challenger II MBT and the current British Army artillery SPG, the AS-90.

You mentioned to me in a message that you're working on a couple of books. Can you tell us what they’re about?

A book editor from the publishing company The History Press, having seen my Tank-Hunter.com website, asked me to write a book called ‘WW1 Tank Hunter’ for the 100th Anniversary of the Battle of Cambrai in November 2017. It will cover the WW1 battles where tanks were deployed, tank development history, information about the tanks, and where you can go and see surviving WW1 tanks.

I am also writing a second book called ‘German Artillery Self-Propelled Guns of World War Two’ for a different Military History publisher, Fonthill Media. There are lots of tank books but hardly any cover all the twenty different artillery SPGs used by the German Army. I was thinking of calling the book ‘Artillery Kill It’ to attract more World of Tanks readers, but not all military modellers play World of Tanks and may not have understood the reference.

I’m sure the World of Tanks community would have loved that title! Your knowledge of tanks is formidable, where do you get your information?

I have access to a large library of military history books. I also live in London so I can easily do research at the British Library and the Imperial War Museum, London’s reference department. I have built up contacts with military experts, tank crew veterans, tank enthusiasts, and staff at Military museums around the world.

If a teenager’s first exposure to facts about a historical battle is a computer game, then it is a good way to develop a thirst for more knowledge. This could develop into a lifelong interest in military history and a deeper understanding of world history. I am sure my relatives would be pleased to know that the wars they fought in had not been forgotten.

The ability to drive historically and visually accurate tanks around a realistic 3D battlefield was the major draw and being able to compare performance in that environment was very educational. The gameplay, for me, was secondary.

How do you like to play World of Tanks, do you have a tank or tank type?

I set myself the task of collecting only Allied tanks in World of Tanks. I knew it was going to be hard because of the poor armour and guns they had compared to the tanks in the German and Soviet Army tech trees like the KV-1, T-34/85, Panther, and Tiger tank.

I like to play lots of different tanks, but the two I enjoy playing the most are the Cromwell and Churchill I. They are two very different vehicles: one a cruiser and the other an infantry support tank. They have to be played differently because of their mobility and armour thickness.

Do you aim to play tanks you’re more familiar with in real life?

Yes, I normally stick with WW2 tanks. Being able to drive the same type of Sherman tank my Uncle Sid used in Normandy in 1944 is a thrill.

What would you want to change about World of Tanks?

More variety of maps. I would love the Overlord Map to be available to lower tier tanks as an example and some of the retired maps should be revamped. Playing the same  can become monotonous. A Battle for Berlin map would be good. The Ardennes should also be the subject of a battlefield map. Summer conditions for the invasion of France in 1941 for lower tier tanks and snow conditions for Battle of the Bulge for mid-tier tanks.

I’m loving the sound of those maps. Lastly, what tips would you give to new World of Tanks players?

Go on to Youtube and watch lots of World of Tanks weak spots, tank guides, map secrets, and replay video tutorials by people like QuickyBaby or The Mighty Jingles.

Thanks for talking with us, Craig! We can’t wait to hear more about the books you’re working on. Make sure to check out Craig’s site, Tank-Hunter.com and have a gander at Tanks-Encyclopedia.com for an inexhaustible amount of tank information.

Which member of the World of Tanks community would you like us to interview next? Let us know in the comments below!