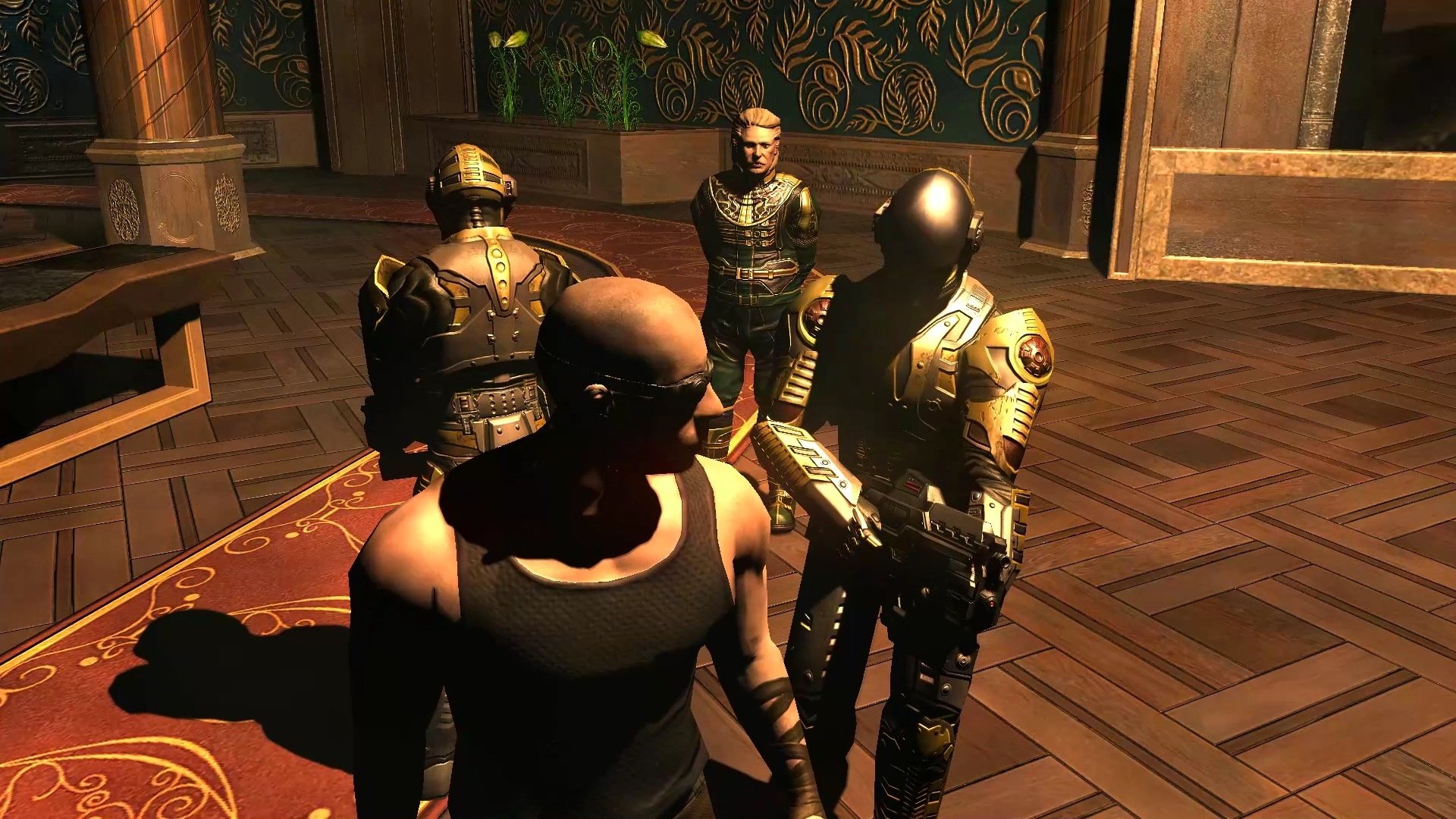 Microsoft has been pulling out all the stops in the last couple of years to make up for the original Xbox One launch fiasco, and its latest attempt to win people over again is backwards compatibility with the original Xbox, in addition to the Xbox 360 support that it's had for a while. That means three generations of games available on one system, something that we haven't seen - aside from digital re-releases - since the first model PlayStation 3.

To begin with, Microsoft's engineers have figured out how to get 13 OG Xbox games to run nicely on Xbox One, including some heavy hitters like Knights of the Old Republic and Ninja Gaiden Black. (Check out the full list on Xbox.com.) But there are still a ton of key games that don't work on the system, which got us thinking: which OG Xbox games would we love to be able to play on Xbox One?

With that in mind, here's a few we'd like to see. We've ignored the ones on Microsoft's list already, of course, and haven't include Halo and Halo 2 because you can already get hold of those through The Master Chief Collection. Everything else, though, we'd love to see.

Remember this? Back in early 2000s, Pandemic Studios and THQ put out this fascinating turn-based action game in which you had to apply real military tactics to succeed in combat. "Pshaw," I hear you say. "Real military tactics." And normally we'd agree with you, but in this case the hype was based on reality: elements of Pandemic's game were originally developed for the US military to help teach combat. This adaptation kept much of that original simulation but dressed it up to make sense as a game, and make sense it did. Working out how to flank adversaries, utilize suppressing fire felt like solving puzzles as much as life-and-death shootouts, and that change of pace remains interesting to play even to this day. We'd certainly like another opportunity if Microsoft can add it to the list.

Honestly, any excuse you give us to revisit the work of Bizarre Creations, we'll take it. The UK-based studio was cut down in its prime after its first big game for Activision, Blur, failed to take off, but back in its glory days it was turning out scintillating arcade racing games for fun. The original PGR - which was itself an evolution of the Dreamcast game Metropolis Street Racer - was fantastic, but PGR2 put bells on it, with even better visuals, locations and subtle tweaks to the 'Kudos' system - where you gained points for driving stylishly as well as racing well - helped elevate it to another plane. It still plays well today.

The Chronicles of Riddick: Escape from Butcher Bay

Video game adaptations of movies are sometimes good nowadays, but back when The Chronicles of Riddick came out they were decidedly not. Expectations for this game were not great, then. Pitch Black - the original Riddick movie - was fantastic, a low-budget sci-fi classic with a star turn from Vin Diesel, but the cinematic sequel sounded bloated beyond imagination, a Dune-esque galaxy-spanning epic with delusions of grandeur that ultimately flopped, and that didn't help either. Escape from Butcher Bay defied all logic, then, to be completely amazing. Swedish developer Starbreeze used Vin Diesel brilliantly, taking his minimalist anti-hero and using cutting-edge visuals to turn the prison planet of Butcher Bay into a weirdly beautiful and addictive stealth-action kill-box.

Speaking of stealth, Splinter Cell was held up at the time as a sort of Xbox counterpoint to Metal Gear Solid, which seems silly in hindsight given how little the two games have in common either thematically or structurally, but such was The Console War in those days. In any event, Ubisoft Montreal put themselves on the map with this dark, slow-paced 'real' stealth game, where Michael Ironside's Sam Fisher crept around in a high-tech ninja suit doing black-ops things while completely avoiding detection. His iconic move was doing the splits between two walls in the shadows high above ignorant bad guys, and we'd love to stretch his muscles again if Microsoft gives us the chance.

The original Xbox turned into a sort of Dreamcast 2 at times - but with much greater commercial success - and that meant we got wonderful sequels like Panzer Dragoon Orta that might otherwise have been destined for the doomed Sega hardware. Orta took the tag-all-the-enemies mechanic of Sega's shooter series and revved it up with much better visuals than the Saturn could ever muster, and we're grateful for its existence. It's also a darn sight cheaper to obtain than the Saturn's Panzer Dragoon Saga set.

Before there was Skyrim, and before there was even Oblivion, there was Morrowind, and for some people this is still a high watermark for Bethesda Game Studios' vaunted RPG series. The main story takes place on Vvardenfell, an island in the Dunmer province of Morrowind, and if you didn't play it at the time then you may be surprised how many of the things you love about the later installments in the series got their break here. It's a little rougher to play than those games - Oblivion signalled the series' mainstream acceptance, such that it is - but well worth experiencing if you weren't around to do so at the time, or just to enjoy the memories if you were.

There are plenty of other games we could mention - the OG Xbox was an amazing system - but we'll finish with this one, because it's easy to overlook third-party racing games when you're staring back down the ages. In Burnout 3's case, you definitely shouldn't. Burnout 2: Point of Impact had taken the smash-the-other-cars gameplay of the original Burnout and given it a big upgrade with the Crash junctions, but for many players it was Burnout 3 that really nailed the formula by adding takedowns. There's so much content in this game that you could happily play it for weeks, and it feels incredibly fast and accessible to this day. As much as we love everything else in our OG Xbox collection, if we ever need to just throw on something fun for a few minutes, this goes in the disc tray. In fact, it's there now. Don't mind us, we've got an, uh, important meeting...