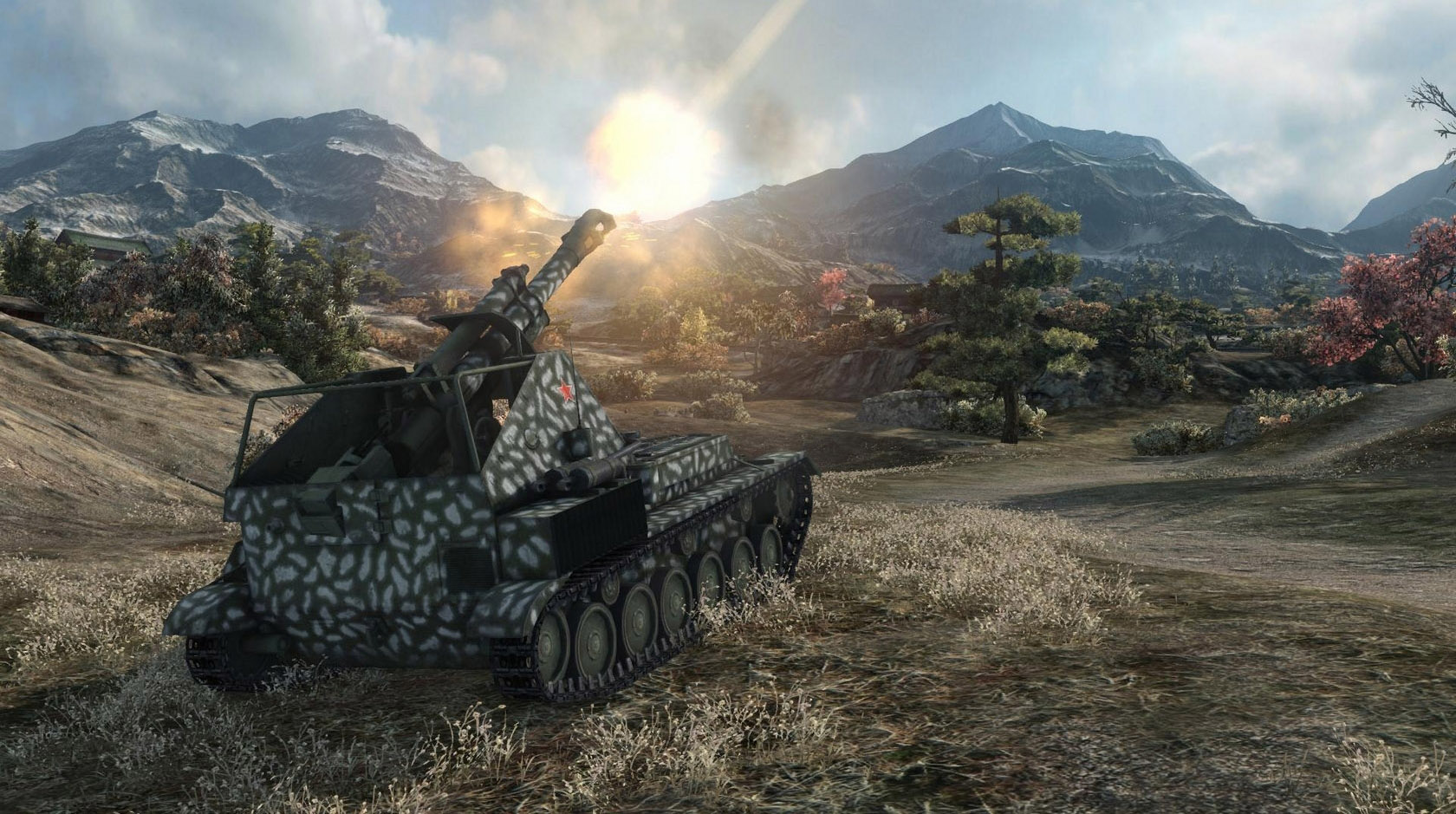 Tank Tears is about picking two tanks and seeing which one is better than the other. Sometimes this can be difficult as one might beat the other in a 1v1, but it might perform better in a large scale battle. We try to take all of this into consideration when we compare the tanks. So far we've looked at a couple of medium tanks and a couple of light tanks. Today we’re comparing the Loyd Gun Carriage and the SU-18, two Tier 2 SPGs. Which one will reign supreme?

The Loyd Gun Carriage is a British Tier 2 SPG that is one of the first, most popular, and only SPGs available in lower tiers. As far as real-world existence goes, the Loyd Gun Carriage has been known as the Tankette. The term “tankette” typically refers to any tank of small stature, comparable to the size of a car.

The idea for the Loyd Gun Carriage originated out of a garage project by Major Giffard LeQuesne Martel, a British engineer and tank strategist. From this design, a was born, and from here, the British wanted to mount a 76.2 mm gun on the chassis. While there were no prototypes created, there exists in World of Tanks the vehicle that would have been.

As for the World of Tanks Loyd GC, it boasts a wealth of appealing attributes that make it a liking contender for the throne. With a view range of 320 m, the Loyd can be further away from the enemy and see them sooner, leading to earlier kills as well as ensuring enemies keep their distance. Couple this with high damage from the HE rounds and it can not only hold off an but deal high amounts of damage that up resulting in a destroyed vehicle. Unfortunately, the shell speed doesn’t match up to that of the SU-18’s, coming in at 25 m/s slower. This means a lot more tracking is required in order to hit an enemy.

The Loyd also boasts more HP than the SU-18, along with a more powerful signal range and a higher top speed. This allows the Loyd Gun Carriage to get into position faster, receive enemy placements from allies further away, and land shots on them from said distance. However, the Loyd is completely reliant on allies as it has practically no noteworthy , a slower and slower time.

The SU-18 is a Soviet Union Tier 2 SPG and one of the highest performing SPGs in World of Tanks and a fitting combatant for the Loyd Gun Carriage. The SU-18 first appeared as a variant of the T-18 and was originally built on a Renault FT hull that had been captured.

Instead of the usual tower, the SU-18 was fitted with a truncated pyramid-like and the armament was a regimental 76.2 mm Howitzer, the same gun used in World of Tanks. Much like the Loyd, the SU-18 never entered full production but claims were made of prototypes having been manufactured.

Compared to the Loyd, the SU-18’s view range is positively anaemic, coming in at a mere 260 m. However, what it lacks in view range it makes up for in its armaments. The SU-18 is able to use HE rounds that offer the same damage and penetration as the Loyd, but it is also capable of using HEAT rounds that offer substantially more penetration. Not only this, but the standard HE rounds have a faster travel time than the Loyd can offer and in combination with the faster rate of fire and reload time, the SU-18 can put out more damage for longer.

The problems with the SU-18 are in its inability to position itself quickly and interact with allies at a distance, whereas this is where the Loyd excels. Another problem is the crew of the SU-18 consists of only two, the Commander and the Driver, whereas the Loyd has three, making it easier to keep the tank moving after losing a crew member. However, SPGs aren’t known for their movement once a spot is found, are instead played for their accuracy and firing style, of which the SU-18 succeeds thanks to its greater accuracy and aim time compared to the Loyd. So while the movement speed and range poorer than the Loyd's, the accuracy of the SU-18 is its truly superior stat. Shots fired from the SU-18 will almost always find their target. The same cannot be said about the Loyd.

We have to give it to the SU-18. While the Loyd Gun Carriage is faster, offers a better view and signal range, the important factor in whether or not an SPG is decent is its ability to accurately hit targets, not whether it can get to a bush first. For this reason, the SU-18 reigns supreme. It offers the same damage as the Loyd with standard but has the distinct advantage of having access to Premium shells. Its accuracy, aim time, reload time, and rate of fire make it incredibly difficult for enemies to avoid its fire once they’ve been spotted. Even players who aren't experienced with and need more help learning how to play can do wonders with the SU-18. If a low-tier SPG is what you’re after, the SU-18 will see you to victory. What do you think of the results, do you think the Loyd Gun Carriage is better than the SU-18? Let us know in the comments below!

Thank you to Tanks-Encyclopedia.com for historical information regarding these two tanks.