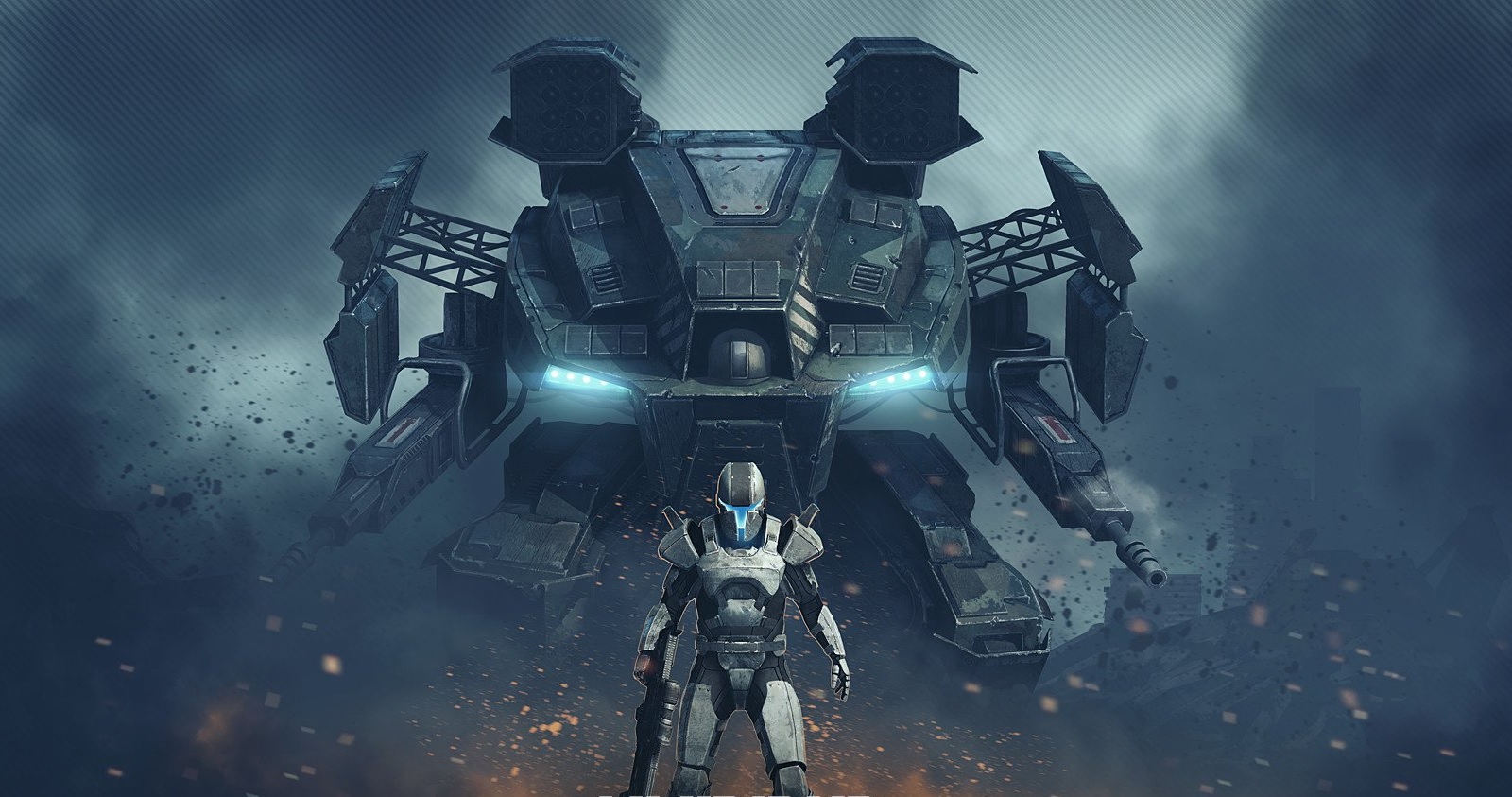 Imagine what tanks would look like a thousand years from now. Next, imagine if they could be operated by a single person? Chances are you're thinking the same thing as us—mechs.

Mechs are giant mechanical robots that stand upright, look somewhat humanoid, utilize massive amounts of firepower, and are operated by a single pilot. Essentially, these things are walking tanks. Thinking about this made us reminisce about some of the mechs we've used in various games both old and new.

Whether they were mech games or games that had mechs in them (there’s a difference, I swear), we always had fun using them in all their different forms. So below, we've picked out the five best mechs and mech games we ever played!

Hybrid Wars is Wargaming’s new IP and plays as a top-down, action-packed shooter. You take control of one of five characters and play through a storyline as you shoot, stomp, explode, and cause as much mayhem as possible. However, one of the best moments in the game is when you get to step inside one of the huge mech suits.

Your power level spikes as the machine guns and rocket launchers strapped to your shoulders unleash even more destruction upon your enemies. While Hybrid Wars isn’t solely about mechs, the abundance and variety of mechs in the game make it one of the best mech games available!

As far as mech games go, Phantom Crash was one of those games that could easily slip under the radar. You've either never heard about Phantom Crash and never played it, or played Phantom Crash nonstop and told everyone you knew to get on it.

Phantom Crash took what was so popular about MechWarrior, threw away the slowness, and condensed everything down to the necessities. A mech, (or “SV” in Phantom Crash) could be tweaked in limitless ways, from the weight and firepower to the duration of invisibility and its ability to track opponents.

Set in a futuristic Tokyo complete with a peculiar library of bass-thumping music, Phantom Crash was a cult hit and one of the best mech games to release on the original Xbox in the early 2000s.

From the wild minds behind Magicka comes Helldivers, a game with a similar style to Hybrid Wars. Helldivers is a top-down shooter where players can team up with their friends to “liberate” alien worlds through the use of extreme firepower.

Some of this firepower comes in the form of increasingly powerful mechs. There’s nothing quite as enjoyable as having three other friends all call down their mech while waiting for evac, for the sole purpose of holding off against seemingly endless waves of insectoid aliens.

While it’s fun to be a marine in Helldivers, the real enjoyment comes from stomping around in one of the mechs as you spread liberty and peace to the galaxy (courtesy of an arsenal of machine guns, rocket launchers, missile launchers, and flamethrowers). Helldivers, despite not being a mech game, is one of the best top-down shooters that uses mechs as a form of firepower!

There was nothing like getting the pants scared off you when playing FEAR 2. With the atmospheric lighting, creepy child antagonist, and wealth of jumpscares, it wasn't hard to feel defenseless and afraid in FEAR.

However, one glorious moment presents itself to you and lets you know you're in for a change—albeit for a brief moment. This was when FEAR 2 let you jump behind the controls of one of the mechs, a walking tank with the almost ubiquitous machine gun and rocket launcher combination.

Being scared was a distant memory as you stomped down the street shredding any enemy that stood in your way. It was a glorious moment where you could relax, kick back, and enjoy being completely and utterly unstoppable in your mech.

Hawken came out of nowhere, surprising a lot of gamers with its new take on the vertical, walking-tank genre. Hawken offered players a free-to-play mech game that utilized a mixture of paid content and in-game unlocks (similar to World of Tanks). It's because of this that Hawken is one of the best mech games in recent years.

With fast-paced combat and an intriguing cockpit view, Hawken quickly gained a lot of affection from the community in its early alpha and beta forms, with even more players jumping into the game after its full launch.

It had been a long time since a mech game graced computers (and now consoles), and Hawken brought with it everything mech players loved—customization, highly detailed environments, and the feeling of being unstoppable.

While mechs aren’t strictly tanks, they are incredibly tank-like in their firepower and destructive potential. Given enough advancements in technology, we’re certain that the humble tank could evolve into single-pilot vehicles that stomp across the battlefield.

Or would tanks simply get more advanced in regards to their technology (like the best tanks in sci-fi games)? What do you think about mechs being classified as a sort of tank and what popular mech game do you think we missed? Let us know in the comments!