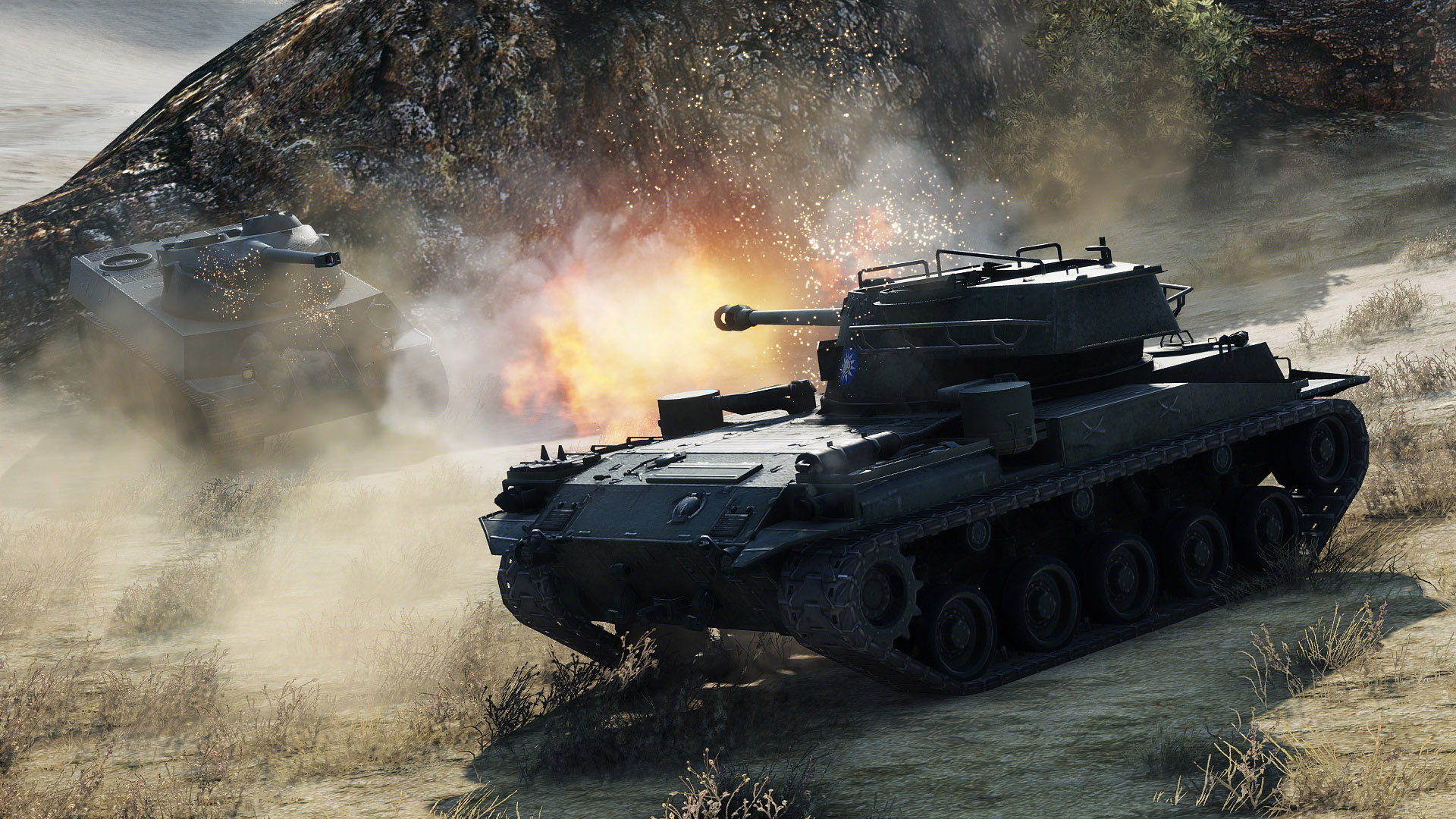 How to Track Enemy Tanks in World of Tanks

While the term “tracking” may sound like something to do with keeping tabs on an opponent, it’s actually a term that refers to a specific tactic for crippling a tank. The art of tracking a tank is a critical skill to learn, as it will help you immobilize your enemies, giving you and your allies more time to destroy them.

In the World of Tanks community, the term “tracking” refers to shooting at the tracks of an enemy tank, specifically in the sprocket wheels at each end of the tracks, in an effort to immobilize a vehicle. Shooting the wheels at the front and rear of a tank’s tracks gives the highest chance of damaging their suspension, allowing you to get in a few extra shots while an opponent waits for their crew to repair the track damage.

The front and rear drive sprocket wheels are what cause the tracks to move on most tanks, which is why tracking only occurs upon damaging these wheels.

Tracking is a fairly reliable way to cripple an opponent, even if they are using a tank that’s a couple tiers above yours. Depending on the angle of your tank relative to an enemy, your shots may fail to penetrate if your opponent is at an acute angle that increases their effective armor. This is why it’s usually better to aim for those front and rear drive wheels to disable an opponent through tracking.

Even if an opponent isn’t fully “tracked”, they will likely have sustained a decent amount of damage and must pause for repairs. Tracking is a good way to force an opponent to waste a Repair Kit early on in a match, so prepare to use this tactic as soon as you roll into battle. If you are the target of a tracking attack, make sure you know when to use consumables in World of Tanks so you don't prematurely waste a valuable Repair Kit.

If you are using a low caliber gun or are otherwise having trouble penetrating the thick armor of an enemy tank, consider switching to explosive shells to fire at the drive wheels. HE shells will improve your chances of tracking the vehicle when firing at an angle. Direct shots to the drive wheels will usually track the tank anyway, but HE shells can ensure the job gets done.

While tracking is effective against most tank types, fast-moving Light and Medium tank users will often feel the effects of tracking the most, as track damage can cause a noticeable difference in their speed and mobility. This is especially excruciating for the best active scouts, as without speed they become useless.

Shooting at the tracks of an enemy tank is a useful way of preventing them from moving into cover. Consider using this method against enemies who are poking in-and-out of cover to keep them in one location. Even the mightiest tanks in World of Tanks can succumb to tracking, so start aiming at those tracks!