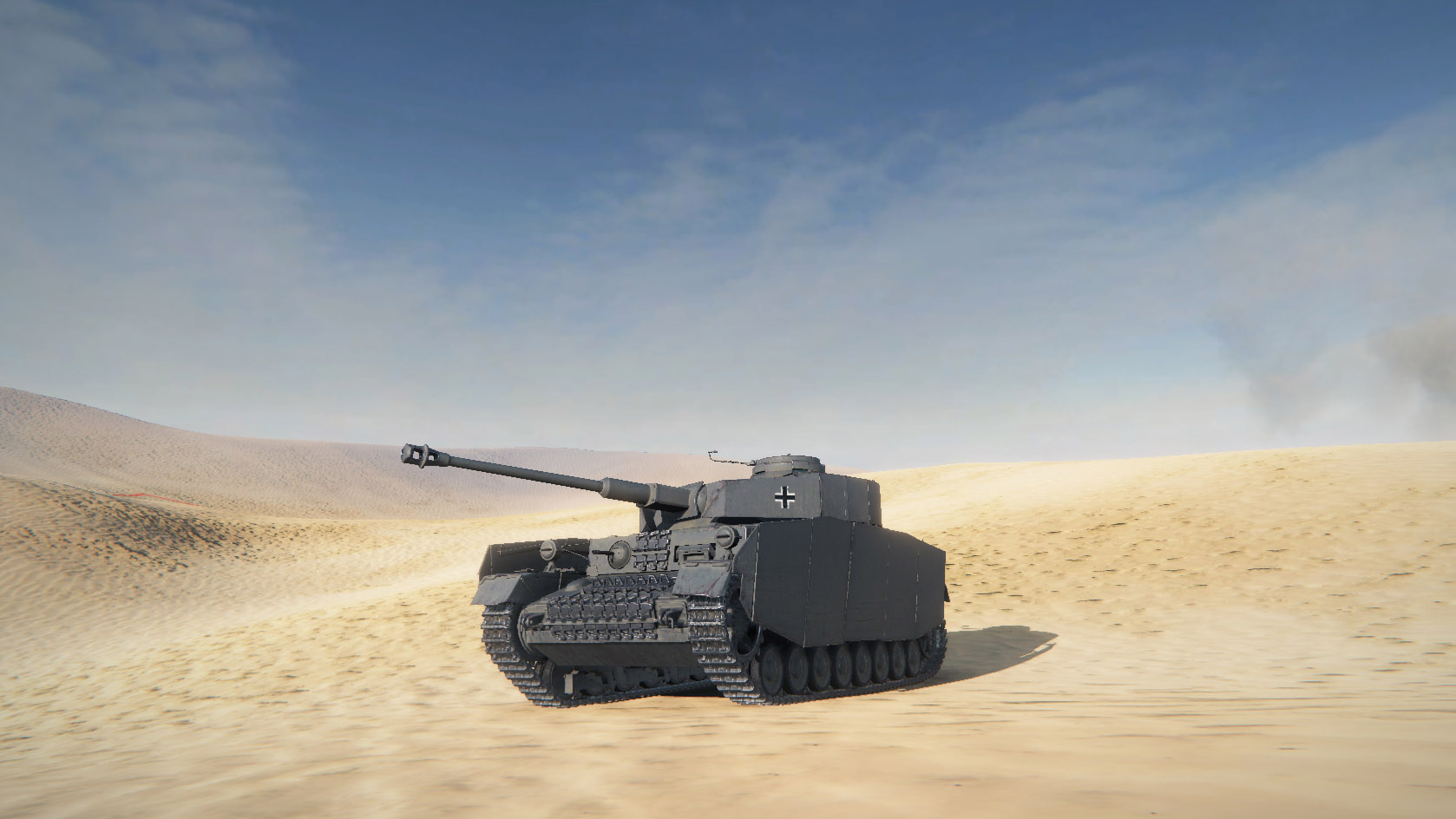 The Panzerkempfwagen IV, commonly known as the Panzer IV, was the base design for what would come to be known as the Pz. Kpfw. IV. Ausf. H, a Tier 5 German Medium tank in World of Tanks. The Panzer IV was one of Germany’s most manufactured tanks, with an impressive 8,500 units built and developed in the latter half of the 1930s. Of these almost 9,000 units, roughly 3,000 were the Ausf. H. and G. variant.

Unlike many other armored vehicles at the time, the Panzer IV actually saw combat in nearly all of Germany’s engagements during World War II. This continued use was thanks to a number of modifications and upgrades to the vehicle which helped improve its overall performance.

In June of 1943, the next version of the Panzer IV was developed and would become the Ausf. H. The Ausf. H. had a number of modifications which set it apart from its predecessors. One of the most important improvements came in the form of increased integrity of the glacis armor covering the front of the vehicle. As opposed to being multiple pieces, the plate was manufactured as one solid covering, coming in at an impressive 80mm thickness. The upgrade from the G. variant also included side skirting to protect the tracks.

As opposed to being multiple pieces, the plate was manufactured as one solid covering and came in at an impressive 80mm thickness. The upgrade from the G. variant also included side skirting to protect the tracks. The importance of track protection is extremely noticeable in World of Tanks, as enemy vehicles will have a considerably tougher time destroying the tracks and causing mobility damage.

Taking advantage of the strong frontal plating and the side track plating is one way to ensure the outcome of an engagement is in favor of the Ausf. H. Try to practice angling the Panzer IV in order to take advantage of the armor on the front and side.

While the real life Panzer Ausf. H. suffered from a sluggish cross country speed of 16km/h, the in-game version is able to get up to an impressive speed of 40 km/h. This is thanks to the ability to improve the stock modules from the Ausf. G’s to that of the Ausf. H.

Interestingly, the Panzer IV in World of Tanks comes with several Ausf. G modules pre-installed, making the Panzer IV (at least initially), the G variant as opposed to the H.

Another upgrade to the Panzer, which is also available for research in World of Tanks, is the improved 75 mm main gun. This upgrade was in response to the KV-1s and T-34 tanks that appeared during Operation Barbarossa.

These tanks required that the Panzer upgraded its gun so that it could function for anti-tank use. Unlike in-game, the upgraded 75 mm could now penetrate the T-34 at ranges up to 1.2 km—at any angle.

Despite the fact that the World of Tanks variant is unlikely to hit these ranges, the ideal use of the Pz. Kpfw. IV Ausf. H is one of a long-range sniper. As we covered in Tip of the Tank, try to use the Pz. Kpfw. IV. Ausf. H in a hillside situation to take advantage of the gun depression and accuracy.

Much like in-game, in reality, the Panzer IV underperformed against even its predecessor, the Panzer III. However, that is until the modification of the improved 75 mm was implemented. Before this change, the Panzer IV had difficulties penetrating the armor of the British Matilda II.

The Panzer IV was overwhelmingly a non-Ally tank, although in one interesting case, a Panzer IV Ausf. H. was captured by the Polish 2nd Corp. in Italy and used in their Warsaw Tank Brigade. This would change in later years, as the German’s exported the Panzer IV to the likes of Finland, Romania, Spain, and Bulgaria, with Syria taking over production of the Panzer IV after the war.

For its time, the Panzerkampfwagen IV was one of the most successful tanks that Germany had created, and having received a number of variations, it managed to stay relevant during the entirety of the war. While it won’t be seen in service today, it is still an enjoyable armored vehicle to use in World of Tanks.

What do you think of the  Pz. Kpfw. IV Ausf H? Do you have any interesting factoids about the tank? Let us know in the comments below!