An exclusive mission can be accessed as well. 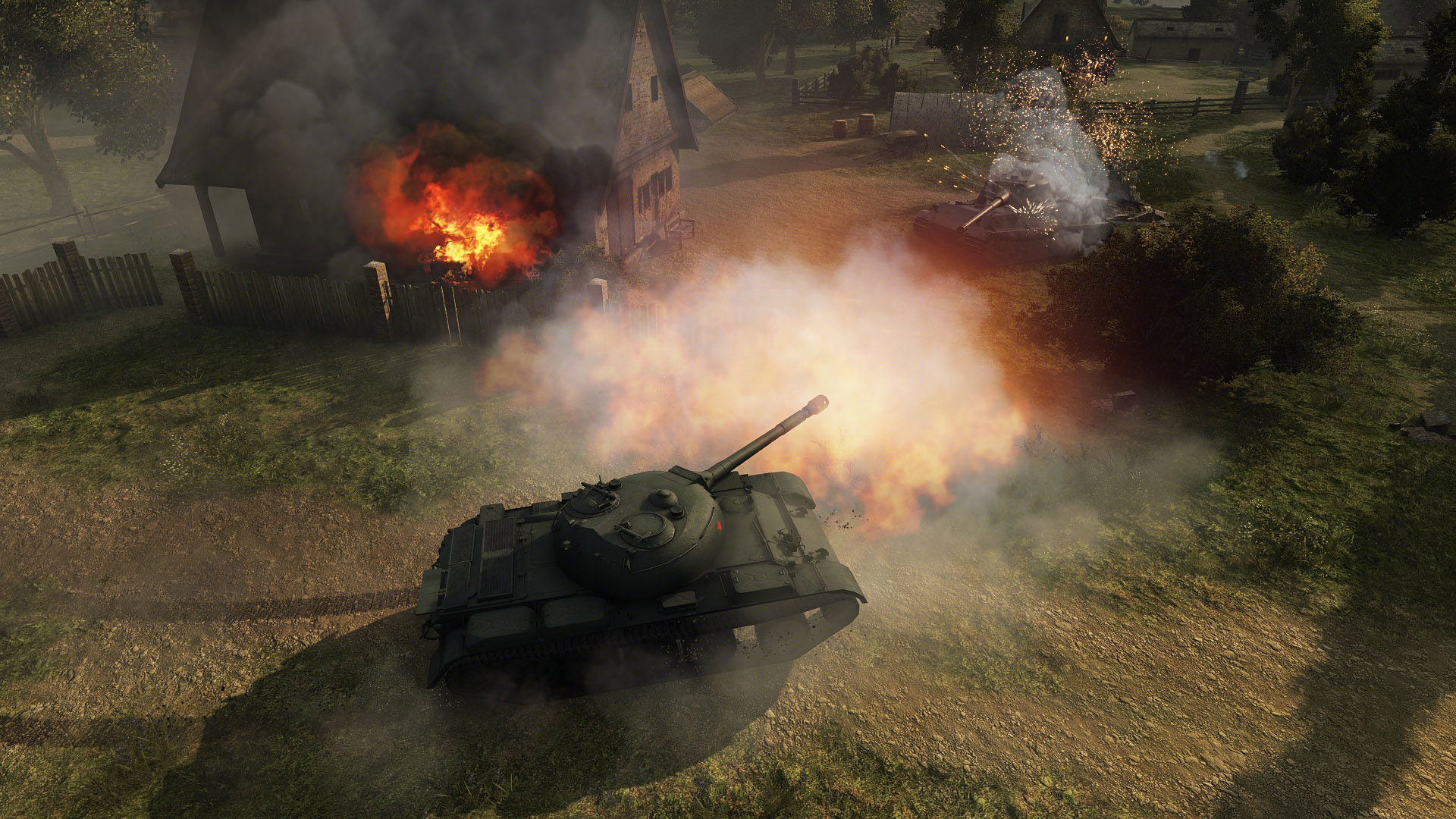 How Not to Be a Tomato in World of Tanks

Firewatch is Getting a Limited Physical Release on PS4

A specific release date for Firewatch on PS4 has yet to be revealed.

In the World of Tanks community, the term “tomato” is used to refer to players who have generally low stats, such as a low win rate percentage or WN8 rating. The term mainly comes from players who use the free XVM mod, which modifies the in-game interface to display the stat percentages of each player.  These stats are color-coded, and players with a win rate below about 46 percent will appear as red, hence the term “tomato”.

“Tomato” is generally used as a derogatory nickname to point out potentially sub-par players. Hopefully you’ve avoided being called this nickname yourself, but keep in mind that not everyone who is dubbed as a tomato is necessarily bad at the game, as there are various factors that affect just how "tomato-y" a player appears. Nevertheless, if you’re a newer player who could use some improvement, we’ve put together several quick tips to help you get better at World of Tanks and avoid becoming a ripe tomato.

Get Adopted and Learn from Better Players

Some players acknowledge their weaknesses in World of Tanks, while others don’t even recognize the mistakes they’re making. The best way to improve at a competitive game like World of Tanks is to get advice from better players who can offer help based on experience. Luckily, the World of Tanks subreddit features a monthly Adopt a Tomato thread that promotes just that.

Self-proclaimed tomatoes looking to improve at World of Tanks can nominate themselves for “adoption” by creating a thread post that lists the aspects they’d like to improve upon in the game. Tomatoes can focus on getting better at using a certain tank, or ask for more general advice. Players looking to “adopt” these tomatoes can reply to a player’s post to organize an in-game teaching session. This awesome thread is a community-driven resource that not only helps players improve, but also promotes a sense of solidarity and comradery amongst the community.

Don’t Sit Out in the Open

Every tanker should follow this rule regardless of the type of tank they’re driving. You should always utilize some sort of cover, whether it be bushes, fallen trees, broken walls, or even a busted tank. You should generally avoid having any of your sides exposed to enemies, but if you must come out from behind cover, try to put your thickest armor forward rather than your fragile tracks or rear.

Lone tankers put themselves at risk of being ambushed by groups of enemy tanks. At the start of a match, try to roll out with teammates using the same tank type as you so that you can learn where certain tank types go on a given map. If a teammate is under fire or needs to reload, make sure to provide them with cover fire when needed. If you’re in a Heavy Tank, you can even try to take a few hits and share the damage with your teammate in an effort to help both of you survive.

Don’t Get in the Way

This point somewhat follows from the previous point. Pay attention to where your teammates are, and don’t block their view or bump into them, as this is how many friendly-fire-related incidents occur. Also, try to avoid shooting unnecessarily when around teammates, as this can expose your position to the enemy team. This particularly applies to allied Light Tanks, who are often trying to spot for their team while remaining camouflaged.

Pay Attention to the Minimap

The minimap is a valuable tool that many novice players take for granted. Map awareness is a crucial part of improving at World of Tanks. The minimap provides crucial information about enemy movements, and can be used to signal danger or call upon your allies for help. Keep an eye on the minimap, and be ready to react to a situation if you see allies dying or enemies heading toward your base. Make glancing at the minimap a habit early on, and you’ll soon notice a difference in your predictive capabilities on the battlefield. Review our Minimap Tips to familiarize yourself with the basic minimap features.

Learn from Your Mistakes

When you die during a match, don’t rage quit back to the Garage screen. Instead, take a moment to consider what happened, and whether you could have done something differently to improve the outcome. You don’t want to repeat the same mistakes over again, especially if they only require a simple correction. If you notice you keep getting killed in the same area on the same map, then change up your behaviors and try a different route. Pay attention to the type of tank you’re using, and make sure you’re playing your tank role appropriately.

Once you do something well, take note of what you did to improve your skills. Maybe you switched to an ammo type that’s better against the tank you destroyed, or perhaps you worked with a teammate to ambush an enemy. There is always something to be learned from both Defeats and Victories, so utilize all the information on the end screen to enhance your World of Tanks skills.