Discover secret events and get shiny Pokémon in Magikarp Jump. 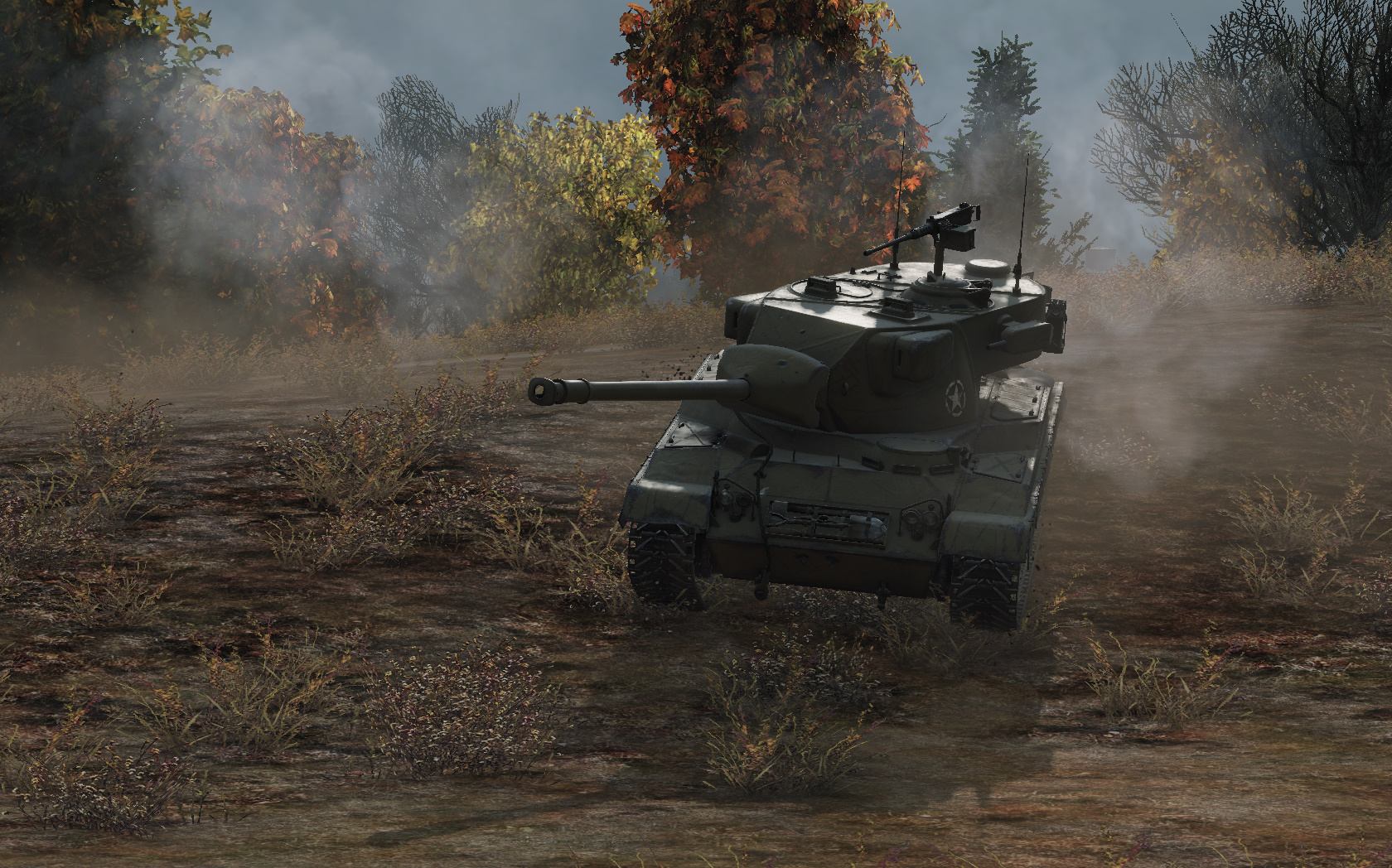 These tanks make for easy ammo rack kills in World of Tanks.

In World of Tanks, newer players will often underestimate the value of the minimap. The minimap provides crucial information during battle to help you stay vigilant and keep an eye on enemy movements. For this World of Tanks tip, we’re going to briefly review several features of the minimap and how you can use this in-game tool to your advantage.

The minimap is the square map in the lower corner of the display that offers a bird’s-eye view of the battefield you’re playing on. It displays the movements of your allies in green, and spotted enemies will appear in red. Team bases and capture points are represented by flags where the two teams spawn. The minimap itself features a grid overlay with letters and numbers to help indicate specific map sectors during battle communications.

Your personal vehicle icon will indicate the direction in which your cursor and tank hull are facing, but not your turret. You can use the orientation of your tank on the minimap to determine the general direction in which enemies will be coming from by pointing the draw line from your tank on the minimap toward the enemy flag, and then orienting your tank appropriately. This is a quick way to help you determine where you should move or take up defensive positioning at the start of a match.

There are three circles surrounding your tank, each indicating a specific attribute and stat. There is the green circle, white circle, and yellow circle.

How to Change the Minimap Size

Newer players often do not realize that the minimap on the PC version of World of Tanks is adjustable. To change the size of the minimap, simply press = key to make the map larger, and - key to shrink it smaller. A bigger minimap will display pertinent information more clearly, and will provide a more accurate layout of enemy tank positions and locations. To remove the minimap entirely, press the M key.

The console version of World of Tanks gives players the option to choose between using the standard square minimap and a circular compass. Choosing between these two options depends on how a player consumes the information given by these map types.

The static minimap can show a lot of information regarding enemy locations, assuming allied scouts are doing a decent job at spotting. The compass provides more focused map information based on the area immediately surrounding your tank, which some players find easier to utilize in close-range engagements.

The console version of World of Tanks will default to the compass, but you can switch between the compass and minimap by pressing the Back button on your controller. Holding this button lets you quickly toggle between the two map types as well.

How to Ping the Minimap

If you’re new to World of Tanks, you may have noticed allies occasionally pinging the minimap to draw attention to a sector. On the PC version, holding down the CTRL key allows you to freely move your mouse cursor to click the minimap. Left-clicking the minimap will ping a specific sector and mention it in the team chat, while right-clicking will mark the location. This is a quick and easy way to make teammates aware of incoming enemy tanks or otherwise crucial locations.

Some players (often Medium Tanks) will ping the minimap at the start of a match to indicate where they plan to move and that they are requesting additional assistance or backup. Pressing F5 will acknowledge the request in chat for those who agree to tag along. Try not to ping too often, as this can annoy or distract your teammates and encourage them to ignore your pings.

A good scout - such as some of the best active scouts - will use the minimap to quickly relay information on enemy locations to the rest of their team. This information is particularly important for Artillery tankers, as their ability to land shots on enemies relies heavily on having opponent locations highlighted on the map. When a scout spots enemies on the battlefield, that information becomes readily available on the minimap as well as in the distance. If you enjoy scouting as a Light Tank, make sure to ping the minimap to supplement your spotting efforts and enhance your team’s awareness as much as possible. If you're yet to venture down this path, learning to scout is relatively simple!

The minimap in World of Tanks is an indispensable tool on the battlefield. Teams who work together and communicate using the minimap will gain a significant edge on their opponents in battle. If you like the idea of providing information for your team, consider reading up on these five tips for improving at Light Tanks in World of Tanks.