How Nintendo’s support of indie developers creates a promising future for the Nintendo Switch. 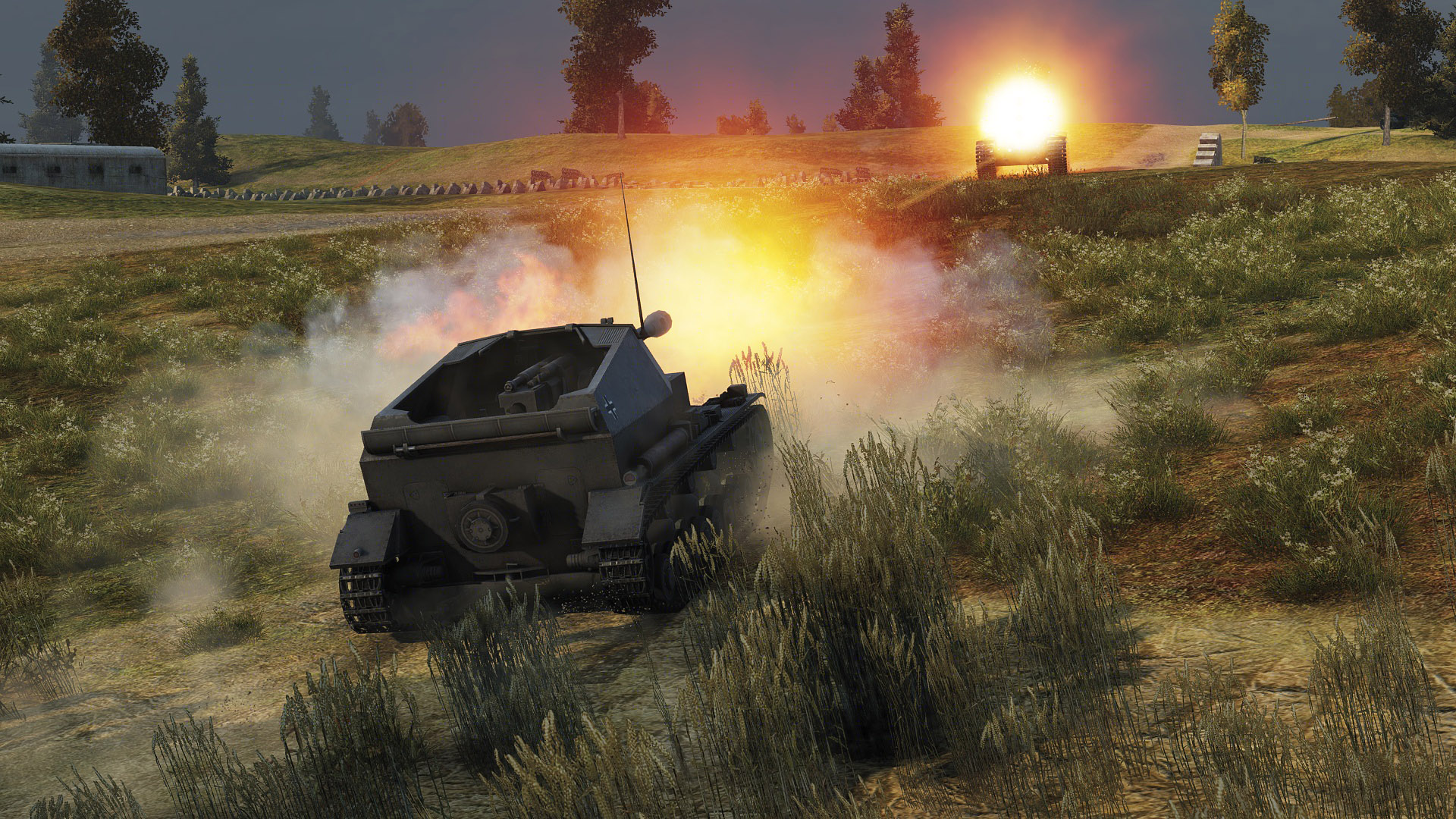 Tip of the Week - Outclass Your Opponents

In World of Tanks, adapting to different tank classes and roles is the first step toward doing well in battle. Each tank class suits a certain playstyle, and knowing how these classes work together is a crucial part of understanding team balance. Some tanks excel at certain roles better than others. Knowing what role to play based on the type of tank you’re using will help you and your team coordinate a strategy at the start of each match based on the team’s composition, allowing you to use your tank to its full potential.

There are five tank classes in World of Tanks: Light, Medium, Heavy, Tank Destroyer, and SPG. These categories help to indicate the style of play that a given tank is suited for. Early in your World of Tanks career, you may get the urge to dive head-first into enemy territory using an SPG or another thinly-armored tank, and it’s in moments like these that you’ll realize why most tanks are classified the way they are.

In the list below, we’ve included a quick overview of each tank class, along with a few basic pointers on how they should be played.

What these tanks lack in armor, they make up for in traverse speed and mobility. Light Tanks aren’t weighed down by thick armor, meaning they can move quickly but have relatively low protections.  Light Tanks tend to have a high view range, making them adept scouts who can spot opponents from further away. Use Light Tanks to get close enough to the enemy’s frontline to light up the map with targets, but be sure to utilize cover to stay hidden while scouting.

Medium Tanks are good all-around tanks that can suit a variety of playstyles. These tanks possess some of the better attributes from the Light and Heavy Tank classes, including decent mobility and armor values. Medium Tanks can maneuver faster than Heavies, but can sustain more damage than Lights. While playing as a Medium Tank, try to travel with teammates so that you can support your allies when needed. These tanks can even take over spotting duties for their team when allied scouts are slacking.  Look at your team composition each match to determine what playstyle works best in the given context.

Heavy Tanks have thick armor plating that provides great protection, but slows them down quite a bit. Given their low traverse speeds and maneuverability, they can be vulnerable to flanking from speedier opponents. However, Heavy Tanks can take a beating, so go for this class when you’re in the mood for some bruising and brawling at close range. Travel with teammates and provide them with cover fire and support when needed.

As the name implies, Tank Destroyers are intended to obliterate enemy tanks using their massive guns. This class has some of the most powerful weapons in the game, aside from SPG’s. They don’t have great armor, however, so it’s best to hang back and line up your targets from a distance. Tank Destroyers usually have decent penetration values, so fire from cover to ambush your opponents and maximize the impact of each shot.

Due to its special firing mode, the SPG class has a unique playstyle that differs from all the other tank types. SPG tanks are Artillery units that fire their shots in an upward arc, damaging opponents from above. Their special aiming capability allows SPGs to see across the whole map and fire over certain obstacles. SPGs must remain at the back of their team’s base to provide artillery support for their team, and thus SPGs rely heavily on allied scouts to move forward and spot enemies for them. A team that sets up shots for their SPGs will often take the lead during battle.

These are just some basic guidelines to keep in mind when playing each tank class. Of course, there will be some variation between tanks within the classes themselves, so it’s still important to practice with several different tanks within a class to get a feel for what makes each one special. When choosing a tank, think about the role that it plays in battle and how to utilize its strengths so that you can benefit your team.