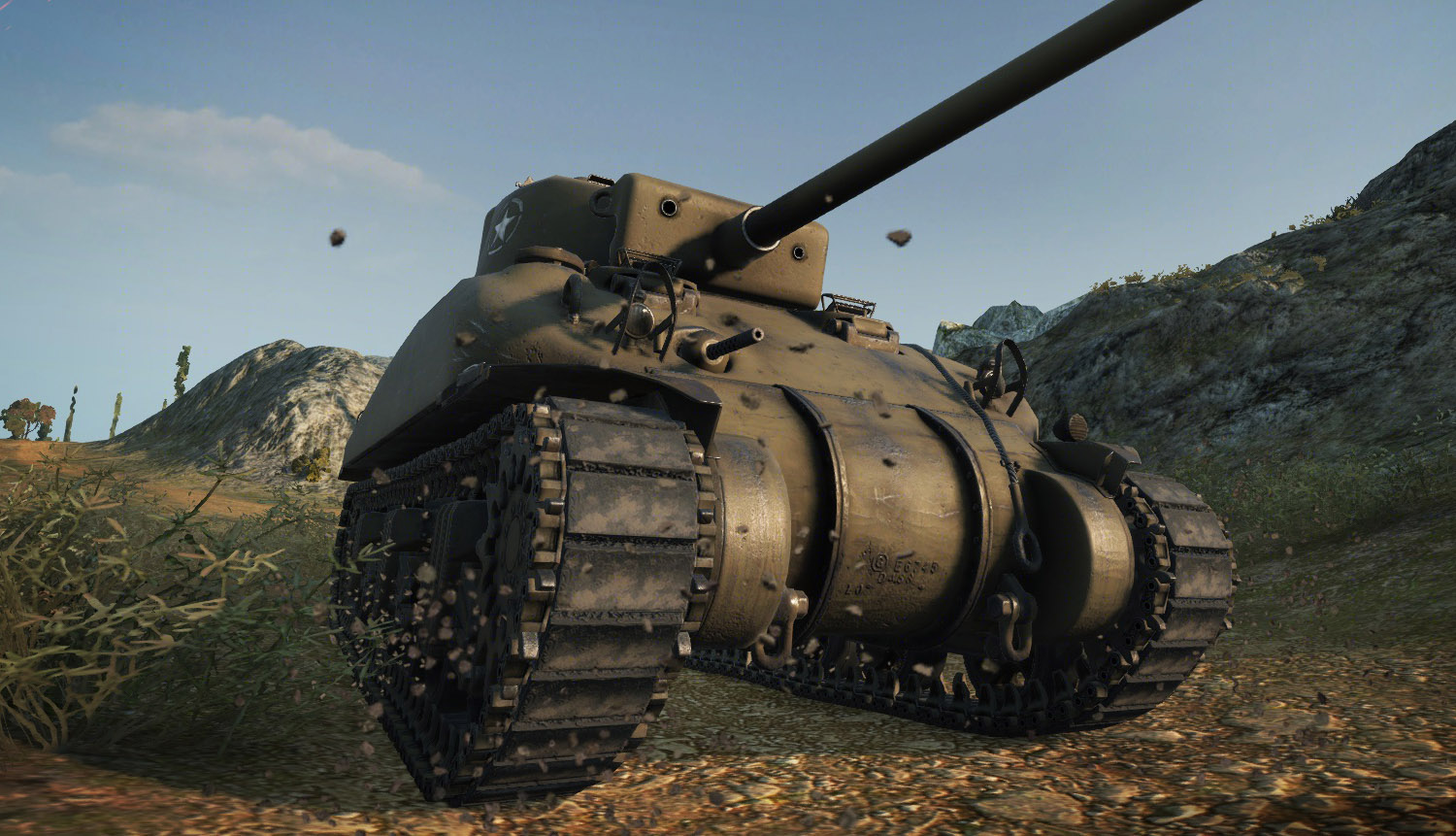 As the cool season was beginning in North Africa in October of 1942, a new medium tank rolled over the still-scorching sand. The M4 Sherman, named after the American Civil War general, William T. Sherman, was making its debut in North Africa for the British Army during the Second Battle of El Alamein.

The M4 Sherman in World of Tanks is similar to its real-world counterpart in that it has no overall stat worth boasting, but it acts as a good all-rounder as it possesses decent mobility and speed while offering acceptable .

The reason behind its fame in history isn’t due to it being a “jack of all trades”, but is in fact attributed to the sheer quantity of M4 Sherman’s produced. With a total of 49,324 units created, the M4 Sherman was the second most produced tank in World War 2, losing out to the Soviet Union’s T-34.

Demands from the United Kingdom saw the production of the M3 Lee, which had several drawbacks, including its inability to take a hull-down position, its riveted construction, its poor off-road performance, and a turret with a 15-degree rotation. Unsatisfied with this design, the United States submitted plans to the US Army Ordnance for a new tank, one that would be capable of mass production, and that would ideally have high speed, improved , and stronger firepower.

The M4 Sherman was approved and production began. Part of the requirements for the M4 Sherman was that it had to be tactically flexible in order to be capable of traversing a wide range of terrains, from transport bridges to civilian roads.

If you want to begin production on your own M4 Sherman in World of Tanks, you are looking at an initial investment of 350,500 credits for the base model, while the pre-M4 Sherman, the M3 Lee costs almost a third of the price at 126,000 credits. This American Tier 5 medium tank will see you through many encounters, but much like its real-world version, it falters in areas where others excel, such as range, damage, and speed. However, some in-game modifications can be purchased in order to focus on these areas.

As World War 2 raged on, the United States and European Allies saw to numerous alterations for the M4 Sherman that included the R3 flame thrower, which acted as infantry support. Tanks equipped with this weapon were often referred to by crew as “Zippos”, in reference to the famous lighter. Another version of the M4 Sherman, lovingly dubbed “Donald Duck” by , was the amphibious model designed for launching from a landing craft specifically for D-Day. This model used extendable and collapsible canvas skirting that helped with buoyancy.

Despite the advantages the M4 Sherman boasted, the early versions had a design flaw to such an extent that Russian and Polish crews referred to them as, “5-man cremation devices.” This was due, in part, to the dry ammo storage which would explode and burn when hit.

To combat this, wet ammo was introduced, which removed the risk entirely. Another drawback was the white star painted on the turret, which was easily spotted and acted as a target, though crews began to mask these stars wherever possible.

While the M4 Sherman had flaws and became outclassed by German tanks, it remained one of the most easy-to-use tanks of the Second World War. Its ubiquity helped cement numerous strongholds for the Allies and was one of the key factors for the Allied victory.

If you're interested in learning more about some other awesome tanks in World of Tanks, we've also delved into the history behind the T-34, the T1 Cunningham, and the M22 Locust, just to name a few.