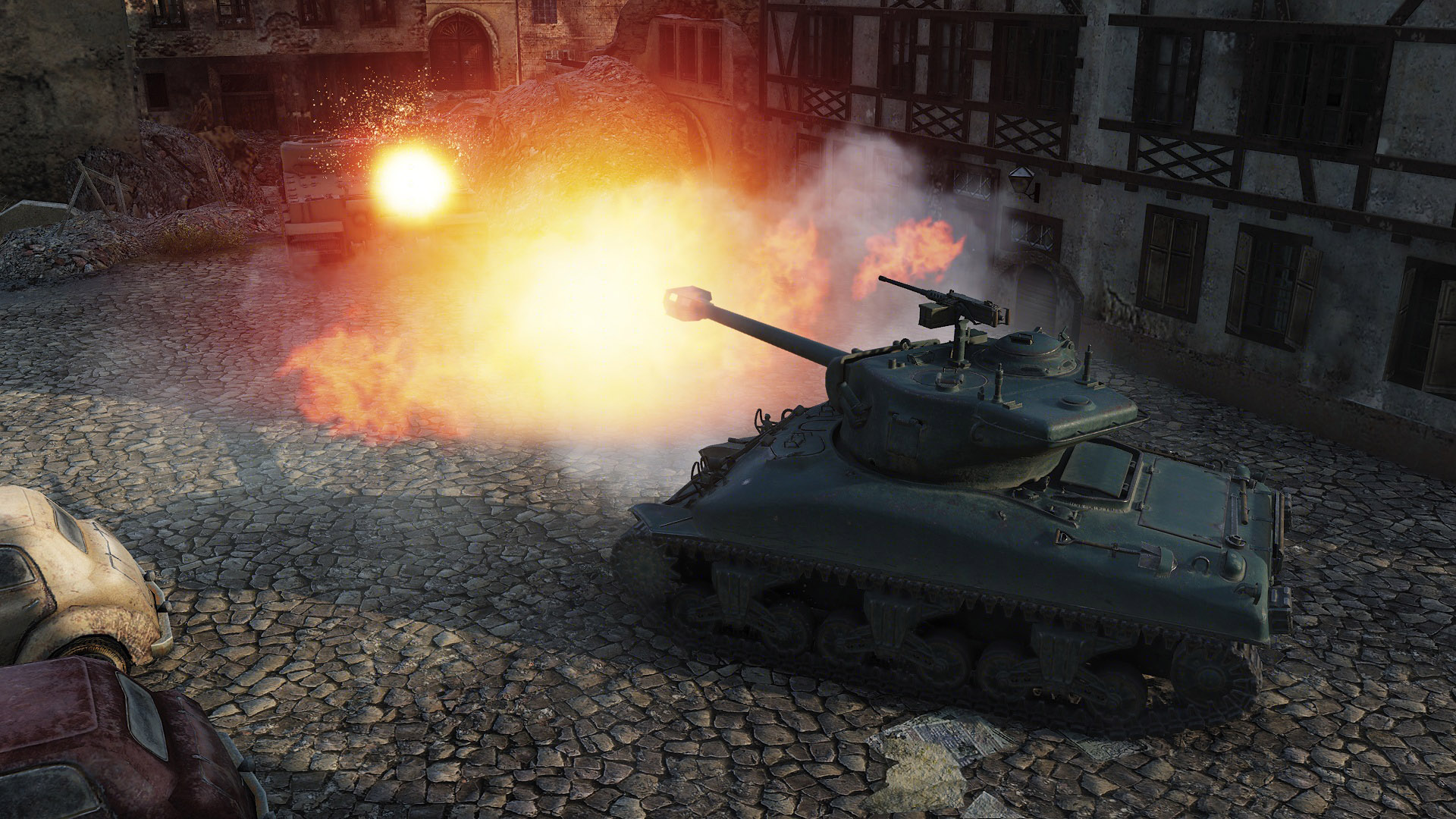 Tip of the Week - Get to Know Each Shell Type

Being able to land a shot on an enemy in World of Tanks essentially comes down to understanding shell mechanics and how certain shells interact with enemy tanks. Penetrating enemy armor depends on the ammunition used, the armor of the target, and the angling of both tanks. It is important to keep all of these factors in mind when sizing up an opponent and preparing to attack. This week’s tip focuses on the different shell types and the affects they have on your shots.

Before lining up your shot on an enemy tank, you should prepare to use the appropriate ammo type for your particular situation. Each type of shell has its own benefits and weaknesses based on the context of how they are used. We’ve outlined what each type of shell does so that you can come prepared for battle.

As the name implies, Armor Piercing ammo allows you to pierce through an enemy’s armor to inflict full damage on their tank. These shells will normalize on impact, meaning the shell will tilt toward a 90-degree angle once the shell tip hits the armor plate. When normalization occurs, your shell has a better chance of penetrating the armor due to its reduced impact angle. Also, the higher the caliber, the more effective the penetration will be. You will likely use AP shells the most, as this ammunition comes standard in most direct-fire tanks.

APCR shells are basically like AP shells, but with better penetration capabilities. These shells tend to have faster muzzle velocities, meaning that it will fire from your gun at higher speeds for more effective penetration. This is a Premium ammo type for most tanks, but some tanks will have APCR shells as their default standard instead of AP. APCR shells are expensive to replenish, so only use this type of shell if you need the extra penetration and are confident in your ability to land your shot on a target.

High explosive shells pack the biggest punch in terms of damage, but tend to have relatively low penetration. Penetration is not required for an HE shell to deal damage, but its ability to penetrate a target’s armor will determine how much damage it inflicts in a shot. HE shells that penetrate a tank will damage the internal crew and modules inside. Aim for a target’s flanks or rear when using HE shells to ensure your shots can penetrate these thinly-armored areas.

Explosive shells also have a small radius of splash damage upon impact, which can be used to damage opponents hiding near the edge of cover.  HE shells are often used in SPG tanks or tanks with low-velocity weapons. Use these shells to interrupt an enemy trying to capture your base. Certain tanks will also have Premium HE as an option, which is a more expensive and enhanced version of the regular HE shell.

High explosive anti-tank shells also explode on impact, but do not have splash damage like HE shells. However, HEAT shells have increased penetration values due to their armor-piercing capabilities. The explosion from these anti-tank shells create a molten effect on metal to sear through a tank’s armor plating.

HEAT shells don’t benefit from normalization like the AP shells, so try to avoid firing this ammo type at angled tanks. You should also avoid shooting at anything with spaced armor plating, like tank tracks, as hitting spaced armor can cause these shells to detonate early and be rendered ineffective.

Tanks equipped with Howitzers or other low-velocity weapons will benefit greatly from the use of HEAT shells, as these shells don’t rely on high speeds to have effective damage and penetration. Use in a Premium tank that has low-velocity, large caliber guns, so that you can earn more from the tank and balance the cost of using this special ammo. HEAT shells can also act as the Premium ammo for a tank that defaults to using APCR as its standard ammunition.

Another high explosive ammunition, HESH shells have high penetration capabilities and can explode on impact if there is no penetration. These shells are basically the same as HE shells, but are intended for use as a Premium ammo option for some higher tier tanks.

Pay attention to the tanks you are using, as its default ammunition type can reveal how these tanks should be played. Consider the muzzle velocity and caliber of your tank’s gun to determine what types of shells are the best to use. A handful of factors can influence the success of your shots, but knowing how each shell type works is the first step toward being effective on the battlefield.