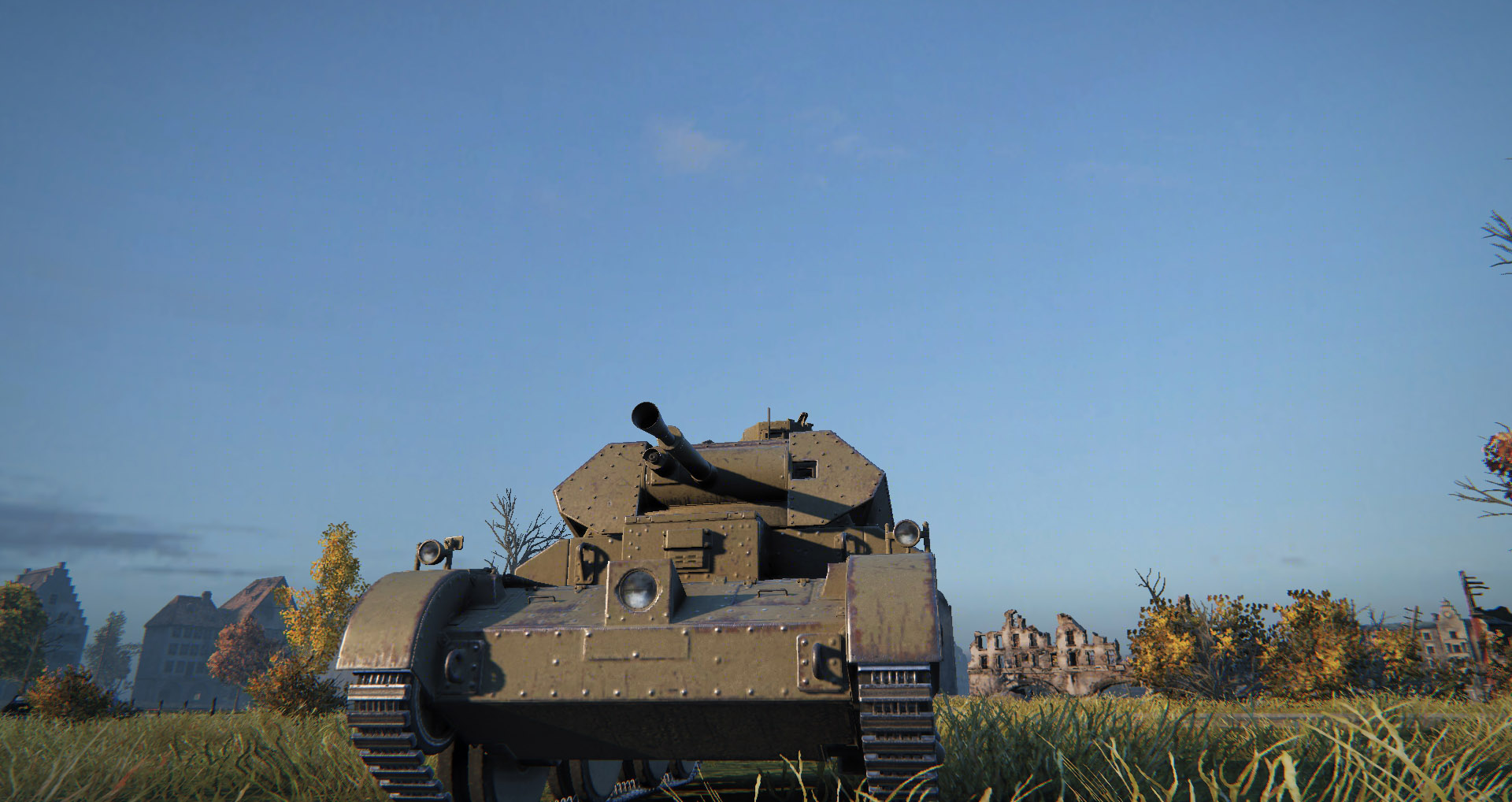 Tip of the Tank - Cruiser Mk 3

The Cruiser Mk 3 is one of the easiest to purchase tanks in World of and an excellent first purchase for players looking to venture down the UK tank line. It’s important to know how to use it effectively in battle, so read on to learn more about the Cruiser Mk 3.

Tip of the Tank is about discussing a specific tank, to open up the floor for people to talk about how they use it or what they like about it. We cover topics like what it’s good at, the tank’s strengths and weaknesses, what Equipment to load onto it, and how to use it effectively during combat. It’s also an opportunity for you to let us know how you would recommend using it in battle.

The Cruiser Mk 3 is a UK Tier 2 Light Tank that is relatively easy to acquire early on in a World of Tanks career and one of the more powerful low-tier tanks. It’s an excellent first purchase for a new player and one of the ideal tanks in the UK tank line that leads to the Mediums. By learning to use the Cruiser Mk 3, you will open yourself up to a line of tanks that suit players who want a bit of both , the light and the while being able to dish out a bit of damage.

With one of the best top speeds of Tier 2 tanks, the Cruiser Mk 3 can get into position faster than other tanks on the map. While it does suffer from poor armor, the turret can be upgraded to add further protection. An ideal use of the Cruiser Mk 3 is to capitalize on its high speed to get into a flanking position, especially on maps like Mines, where players typically rush a central location. Use of the Pom-Pom in close ranges will see you winning most close-range encounters. Try to avoid staying in the open for long, as artillery has no trouble destroying the Cruiser Mk 3.

Players more accustomed to scouting and spotting will have an excellent time using the Cruiser Mk 3 as it boasts a stock view range of 320m that can be boosted to 458m through the application of skills, perks, modules, and equipment.

Using the Mk 3 as a scout will require the use of a gun with a greater range, which the Pom-Pom isn’t able to achieve. Instead, opt for the QF 2-pounder Mk IX to get the most out of the aforementioned view range.

However, if you are going to be playing the Cruiser Mk 3 as a bully or flanker, the 40 mm Pom-Pom is going to make you a terror to deal with for any of 1 and 2s while allowing you to deal considerable damage to Tier 3s. In saying this, don’t be brash in scuffles with a higher tier as you won’t stand up to much punishment. Remember, the Pom-Pom has a very high rate of fire, so the quicker you can get off the shots in close-range, the better off you’re going to be.

By getting up to speed and zipping toward the enemy on an angle, you will typically be able to outrun their turret traversal allowing you to get in close to enemy tanks that would otherwise shred through your armor. Alternatively, stick behind some of the heavier teammates to avoid direct fire on your hull.

Depending on playstyle, the most important module to research first would be either the QF 2-Pounder Mk IX or the 40 mm Pom-Pom. An advantage of the Pom-Pom is that it’s compatible with the next tank down the line, the Cruiser Mk 4.

Upgrading the turret allows for a higher level of protection, a must-have if being destroyed every match becomes a problem. Following this, improving the engine and the suspension will increase your mobility, allowing for the previously mentioned quick insertions into the map.

As for Equipment, the Enhanced Gun Laying Drive and the Vertical Stabilizer will help reign in any difficulties experienced when attempting to aim, especially when firing off the Pom-Pom shots in close succession.

Boasting one of the fastest top speeds and the powerful 40 mm Pom-Pom, the Cruiser Mk 3 is an excellent flanking tank. However, thanks to its high view range, it can act as a scout with ease. It’s one of the most enjoyable to shift to after the Tier 1 vehicles and is part of an accessible UK tank line. Despite problems with armor and traversal, the Cruiser Mk 3 can dish out a lot of damage and is definitely worth purchasing. Let us know in the comments if we missed any important aspects of the Cruiser Mk 3 in this week’s Tip of the Tank!